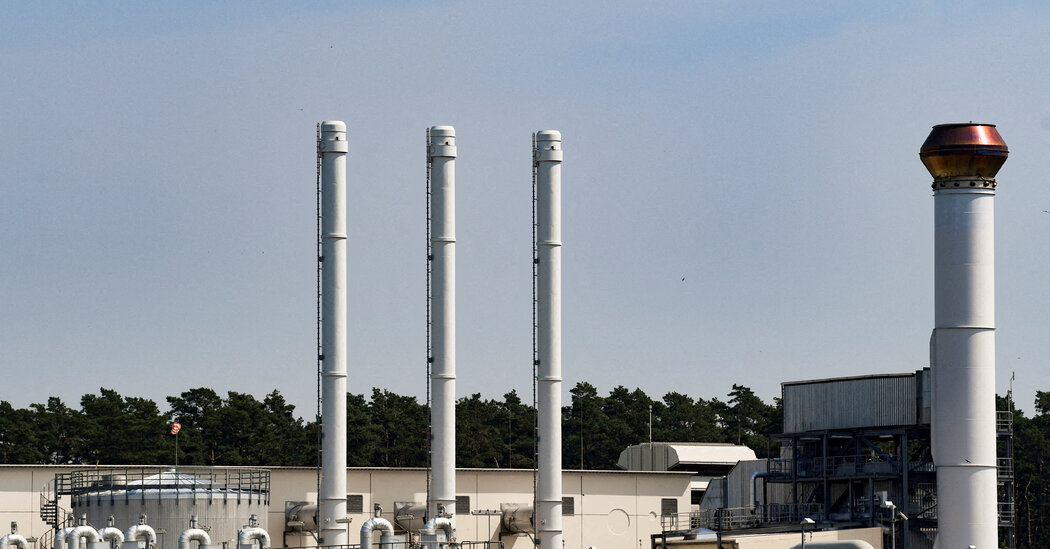 Gazprom said the cutoff was temporary and was necessary for maintenance, although the German government and energy executives consider it to be politically motivated. After three days, Gazprom said, the pipeline will restart “provided that no malfunctions are identified.” It said flows would resume at 20 percent of capacity, the same reduced level it has provided since late July.

Energy markets will be closely watching to see if supplies do resume as scheduled. In July, the pipeline was shut down for 10 days, again for maintenance.

Like other European countries, Germany is rushing to fill natural gas storage facilities before winter as insurance against cutoffs by Russia. The Russian government appears to be trying to obstruct that effort as well as create uncertainty over future gas deliveries.

So far, the results have been mixed. German gas storage facilities have reached more than 83 percent of capacity and appear likely to meet the government’s goal of 90 percent by Nov. 1.

On the other hand, the cutoffs of flows and worries about supplies in the coming months have driven natural gas prices in Europe to record levels in recent weeks, inflicting some of the economic damage that the efforts to store up gas are aimed at preventing.

Benchmark natural gas futures for Europe have fallen by around a quarter from Friday’s records after Ursula von der Leyen, the president of the European Union, suggested on Monday that officials would work on breaking the link between gas and electric power prices.

Gas prices continued sliding on Wednesday, but they remain exorbitant, roughly nine times the level of a year ago.

Gazprom is not only aiming at Germany. On Tuesday, Engie, a large French utility, said that Gazprom had informed the company that it was cutting gas supplies over a contract dispute. “Russia is using gas as a weapon of war and we must prepare for the worst case scenario of a complete interruption of supplies,” France’s energy transition minister, Agnes Pannier-Runacher, told France Inter radio, Reuters reported.

On Monday, Uniper, a German utility that is one of Europe’s largest natural gas buyers and suppliers, said that it had already exhausted a 9 billion euro ($9 billion) credit facility from the German government and was asking for €4 billion more.

Uniper said that with contracted supplies from Gazprom down 80 percent, it was having to buy gas on the market at significantly higher prices to supply customers, leading to losses that it said exceed €100 million a day.

Uniper agreed to a bailout in July that would include the government taking a stake in the company, but further steps including approval from the European Union are needed before it can be put fully in place.

The company’s chief executive, Klaus-Dieter Maubach, said in a statement that Uniper was working with the German government on “a permanent solution to this emergency.” Otherwise, he warned, the company would not be able to fulfill what he called its “system-critical function” as a supplier of natural gas to municipalities and factories.