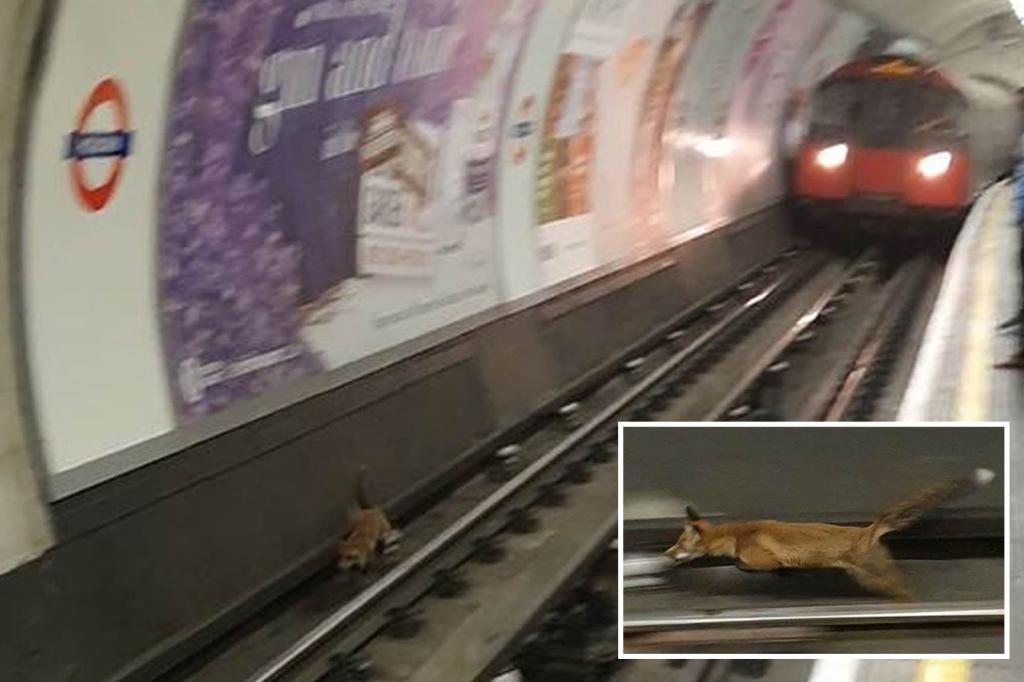 A rogue fox disrupted the morning commute this week in London when it scampered onto the tracks, video shows.

Footage shared by construction manager George Marian shows the 6:30 a.m. Underground train pulling into the station Tuesday, as a fox darts in and out of the tracks.

Desperate to avoid injuring the lost animal, the train ground to a complete halt, forcing commuters to wait for the frisky feline to be brought to safety.

“Best way to start your day, waiting 20 minutes for a train because of [a fox],” Marian wrote in the video posted to TikTok.

It’s unclear whether animal services took custody of the fox.

Marian’s video of the incident has almost 400,000 views, and has drawn mixed responses.

One worried viewer commented “Aww poor thing he must have been terrified! Hope he got out safely.”

Another commenter was less sympathetic, saying  “Why’s everyone saying poor fox man up and get off the tracks got places to be.”

But others praised the train conductor, writing, “Well done driver that you waited for the fox.”