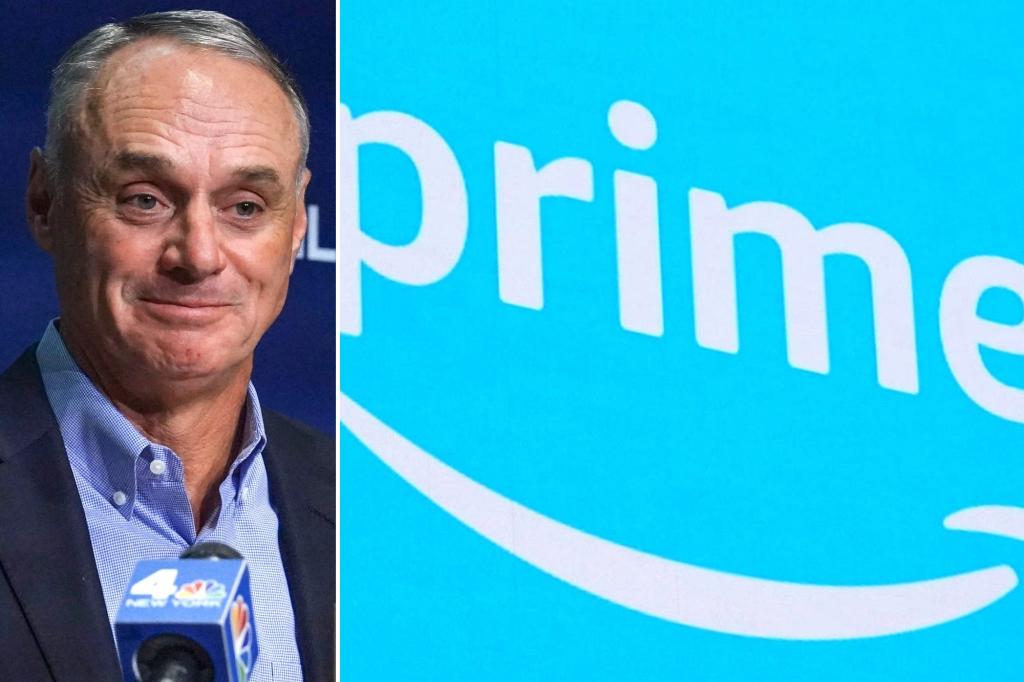 Years ago newspapers carried starkly-worded boiler plate notices indicating the end of marriages. They’d read, “I am no longer responsible for the debts incurred by my wife/husband …”

Boy, those couldn’t have ended well.

Well, I’ve filed for divorce, too.

Sorry, but I’m no longer the complaint department and info center to explain where MLB’s games can now be exclusively seen, nor how and why dozens of more questions on MLB and the Yankees having made it far more difficult, if not impossible, to watch ballgames.

I don’t know why last Friday’s Yankees game disappeared behind a nascent Amazon Prime streaming pay wall, and I don’t know why tonight’s Yanks-White Sox audience will be similarly minimized.

Beyond short-term greed and long-term continuing neglect, I have no answers.

The best team in baseball again lost from greatest-access TV on a Friday night? Exclusive deals with coming added-subscription Apple TV+, Peacock and Amazon Prime, made on the very quiet as if to duck the shame, deals made before these services, in the throes of record inflation, have been established and prior to knowing if they’re even sustainable?

MLB has allowed itself to become a lab rat, baseball fans used as rat bait. That’s all I’ve got.

All I know is that it’s another Friday and the best team in baseball, again and by design, will be seen by a fraction of its potential audience.

But the only ones who seem to care are baseball fans. What’s left of them. So no big deal.

Memo to networks: Nobody is watching for the announcers

The epidemic of insanity worsens. Now Fox plans to hire Tom Brady, no broadcasting experience, as its lead NFL analyst for 10 years at $375 million. That’s a lot of Subway sandwiches.

We’ll let reader Doug McBroom take it from there:

“Brady’s words will fall on viewers’ ears like 24 kt. gold petals. He will feed the minions with his words alone. Babies will cease crying. Shakespeare will pale in comparison. All war will cease. Disease will be eradicated. The clouds will part. Angels will weep.

“What else could justify a football analyst being paid $37.5 million per year?”

Perhaps the best part of the Yanks playing winning ball is that they minimize Aaron Boone’s tortured postgame explanations. Minimize, not eliminate.

Monday, after the Yanks’ 1-0 win over Texas, Boone excused DJ LeMahieu’s failure to run to first on a grounder to second. Had he run, he’d have likely been safe as the throw initially pulled the first baseman off the bag.

Boone called LeMahieu’s lapse “inconsequential.” Really? He was leading off the eighth in an 0-0 game.

To that pleasant end, FS1, about to add Craig Carton to its morning lineup — he’ll remain with WFAN in afternoons — has filled that need. FS1 will have two felons, Carton and Michael Vick.

Is it me, or do the Mets and Yankees inspire bad baseball in opponents?

Wednesday, the Blue Jays, in a 5-3 loss, couldn’t do enough to help the Yankees.

Bo Bichette, who had doubled, was totally oblivious to what would have been a wild pitch had he run to third. Soon, Alejandro Kirk was tagged out at second because he tried to go in standing rather than sliding.

In the ninth, Aroldis Chapman appeared ripe for the picking. He’d allowed a double, then a wild pitch, then walked pinch-hitter Vinny Capra, a career 0-for-4, on five pitches.

The Jays, with two on and none out, then went into home run-swing mode. George Springer flied out on the first pitch, Bichette struck out swinging like a mad man and Vlad Guerrero Jr. ended it with an infield pop on a cut designed to hit the ball to Mahopac.

Jack Sheehy, for years the co-host of Bill’s Gay Nineties — a since-shuttered, three-story restaurant, pub, Broadway and sports museum — and joy to patrons who enjoyed the warmth and charm of him and his partner, Barbara Bart Olmstead, passed away this week at 88.

Sheehy — a Cornell basketball star, Class of ’55 — was a great character presiding over a great place that guaranteed great times. And it didn’t hurt that Jack and Barbara placed Rich Jeffries, a man of letters beyond V and O, behind the first-floor bar.

Did the Buck stop there? Pete Alonso, Wednesday, hit a monster homer, running all the way to first, no posing or bat-flipping. I suspect that Buck Showalter had something to do with that.

If Manfred had the courage of his convictions he’d be seen surrounded by kids, teaching them to pose at the plate then perform bat-flips.

The Yanks on Wednesday had 6-year-old Dominick Krankall and family as their guests. The kid from Connecticut had been burned along the top of his face when struck by a burning tennis ball reportedly thrown by another kid.

He was greeted on the field before the game by Gerrit Cole, Nestor Cortes and Jordan Montgomery. They played catch, not bat-flip.

Once upon a time, pitchers who received standing ovations en route to the dugout would acknowledge paying customers’ appreciation with a touch of the brim of his cap or even a quick wave. No more, as that has apparently been deemed uncool.

Cortes, removed with one out in the eighth after allowing his first hit on Monday, received such an ovation. Cortes seems like a good guy, but he ignored it.

Maybe it was because no-hitters and one-hitters in the age of analytics have become a nickel-a-dozen. In Monday’s game, in six at-bats, the designated “hitters” struck out four times.

How did baseball broadcasters get by before “walk-off” became the one-size-fits-all for game-ending hits, walks, sacrifice flies, errors, passed balls, wild pitches, balks and whatever else ends it?

Tuesday, before and after Aaron Judge hit his game-ending homer, YES’s Michael Kay spoke the term, and in several tenses, seven times. He actually conjugated the verb walk-off.

Spaniard Sergio Garcia has made over $73 million in golf prizes, most of it on the PGA Tour.

Last week, while whacking weeds as he looked for his ball, he cursed out the PGA Tour, claiming he can’t wait to be done with it, perhaps for all that just-show-up Saudi appearance-fee loot.