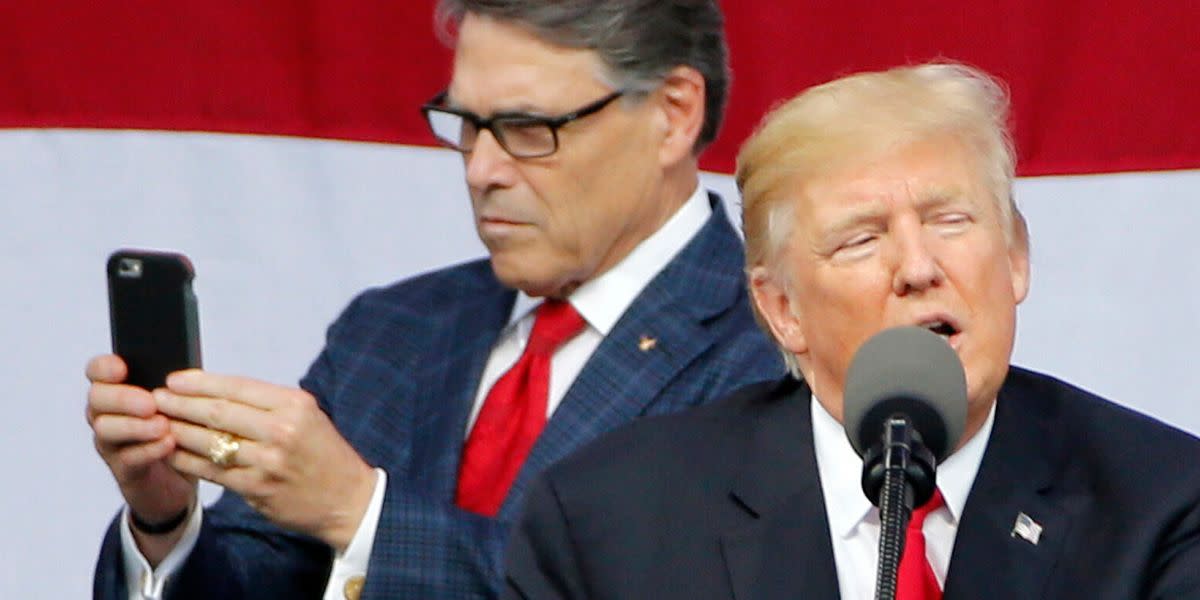 Rick Perry was hoisted with his own petard text message.

But on Monday, CNN published a trove of 2,319 of Meadows’ previously undisclosed text exchanges with Trump allies sent between the time of the election and President Joe Biden’s inauguration.

One of the texts, sent on Jan. 7 just hours before the election was certified in favor of Biden, read: ”We have the data driven program that can clearly show where the fraud was committed. This is the silver bullet. Pam Biondi has seen and agrees!! Rick Perry.”

As seen above, it was signed “Rick Perry” and also reportedly included a phone number that CNN confirmed belonged to Perry.

The revelation about the “Dancing With The Stars” alum titillated “The Daily Show” host Trevor Noah: