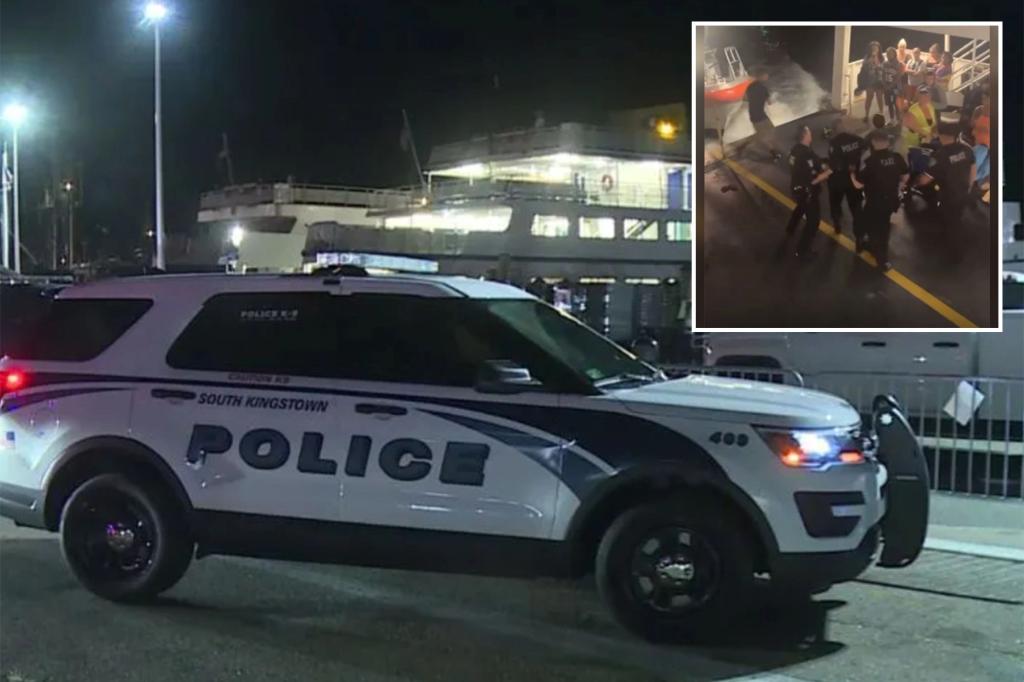 Multiple people were injured in a fight aboard a Rhode Island ferry Monday night.

The ferry was returning from Block Island to the Port Judith ferry terminal in Narragansett when the brawl broke out, the Narragansett fire chief told local NBC-affiliate WJAR News.

The number of people injured and the extent of their injuries is unknown. An initial alert stated that multiple people suffered razor lacerations, but that report has not been confirmed.

Dramatic footage posted to Twitter shows authorities leaping off a police boat onto the moving ferry to respond to the fight.

At least three people in handcuffs were escorted from the ferry by police, according to footage obtained by ABC 6 reporter Olivia DaRocha.

Officers with the Rhode Island State Police, the Coast Guard and the Narragansett Police Department responded to the ferry terminal.

The ferry departed Block Island from a terminal next to Ballard’s Beach Bar, a popular boozy spot for day-trippers looking to hop off the ferry right into a beach party. The bar was hosting its annual Reggae Fest on the beach Monday.

The summer vacation spot, a quaint island about 9 miles off the mainland, is only accessible by ferry or plane.