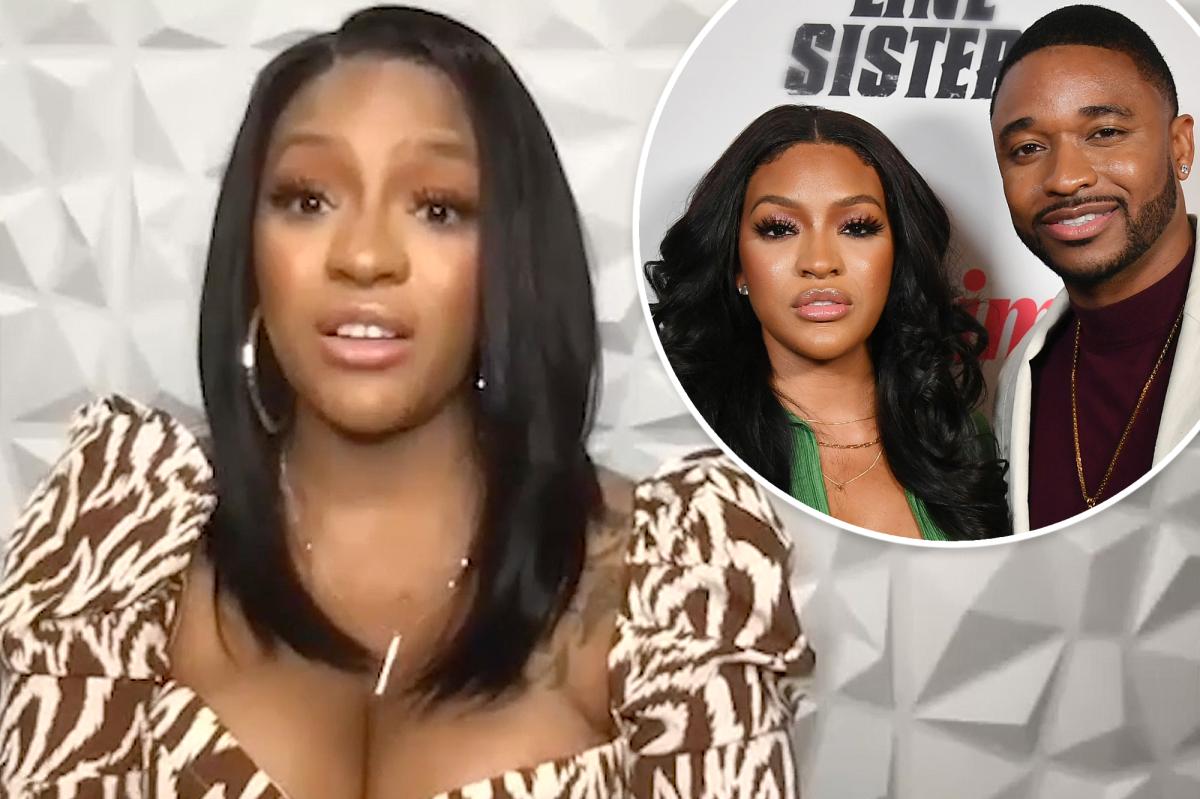 Drew Sidora is massaging out the kinks in her marriage with Ralph Pittman.

The “Real Housewives of Atlanta” star reveals where the two stand now — after her husband was caught in a text exchange with a former female assistant who offered him a massage.

“I thought we were in a better place. Then, last summer, there were some things that happened,” Sidora exclusively tells Page Six in a new interview.

“I went to Chicago with the kids for a while. And he ended up showing up in Chicago to say, ‘OK, I need my family back, stop playing.’”

The Illinois native, 37, recalls being “on this journey” of “getting through this particular issue of this assistant” for quite some time.

Sidora, who shared her relationship struggles with Kandi Burruss and Sanya Richards-Ross on the “RHOA” Season 14 premiere, is grateful that her castmates were there to validate her concerns over Pittman’s behavior.

“Talking to Kandi and Sanya, I felt in a safe place at that time because they’re wives and I felt like they could relate and call me out if I’m tripping. But they [agreed with] how I was feeling and what was going on,” she says.

“I was just happy that they stepped up for me, that they stood their ground, because they feel like he needs to hear that this is not cool,” Sidora continues. “It just put me in a situation that I hated. I didn’t want it to be on this season, but it is just where we were in our life at that point.”

Sidora tells us she particularly appreciated Burruss for holding Pittman’s feet to the fire, when she pressed him to reveal his response to the assistant: “Kandi held no punches!”

Despite Burruss’ efforts, Pittman, 39, didn’t provide a clear answer — and the mystery of his communication with the assistant will linger throughout the latest installment of “Atlanta,” according to Sidora.

“Honestly, I was waiting for her to pop up!” the “Step Up” actress says with a laugh. “It was a whole thing of trying to get to the bottom of it and I’m still trying to [figure out], like, ‘OK, is it resolved? Are we good now? Is she gone forever?’ I don’t know, because I don’t know this woman.”

What Sidora is sure of, however, is that marriage counseling is helping her and Pittman avoid the dreaded reality TV curse that so many “Real Housewives” couples have succumbed to over the years.

“We literally just stay in counseling because I always think I’m right and he always thinks he’s right,” she acknowledges. “We are pushing through and we’re really showing what a relationship can look like when you choose to stay together and really be vulnerable and work through your various issues.”

Sidora — who shares son Machai, 6, and daughter Aniya, 4, with Pittman and parents son Josiah, 11, from a previous relationship — tells Page Six that she is using her mother and father’s 56-year marriage as a blueprint for her own.

“I grew up seeing marriage. I saw them fight, I saw them make up. Marriage is not perfect, relationships aren’t easy. But if we both make a commitment, then that’s what it is,” she says.

“It’s just the journey of trying to get through life and trauma and triggers. And you have to be patient on both ends because I’m not always perfect. He’s not always going to be perfect … [but] we both married to stay together forever.”

Sidora, who tied the knot with Pittman in 2014, promises that a softer side of her spouse will soon emerge onscreen.

“I feel like this season, people are going to see the layers of Ralph. Yes, he is what you guys see,” she says of her “strong-minded” partner.

“The Real Housewives of Atlanta” airs Sundays at 8 p.m. ET on Bravo.