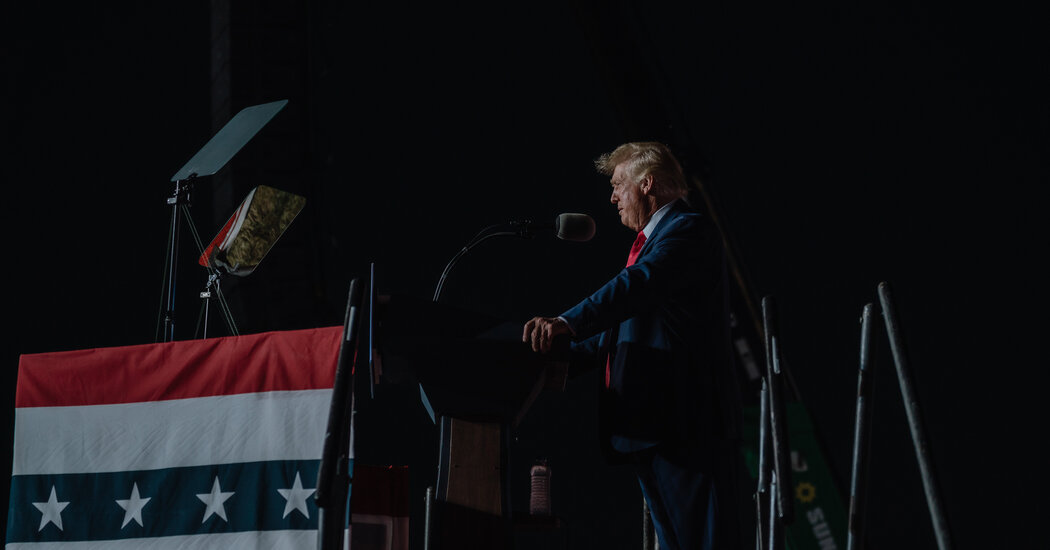 On Jan. 6, the nation watched as thousands of Trump supporters responded to the president’s words by traveling to Washington and storming the seat of Congress. Many of them, according to hundreds of criminal cases stemming from the riot, went to the Capitol believing they could rectify the supposed wrongs that had been done to Mr. Trump.

When asked, his spokesman, Taylor Budowich, did not address the question of whether Mr. Trump was concerned that his words could be, or were being, interpreted by his supporters as calls to action. He said instead that Mr. Trump was “disgusted by how the Democrats are destroying once great institutions, like the F.B.I., in their never-ending quest for absolute power,” adding that he “recognizes that the only way to save these institutions is to encourage the good people within them to speak out and restore truth!”

Experts in political violence say that while there is evidence that violent rhetoric, especially online, is running high, it is difficult to know how often — and precisely when — such language will lead to attacks.

Still, the recent surge of fury toward the F.B.I. is another palpable example of anger on the right seen in both public appearances by high-profile Republicans and in posts by Trump supporters on the internet. The outbursts have come after years of Mr. Trump and allies casting the bureau’s repeated investigations of him as baseless political attacks, a tactic that has served to defend Mr. Trump from blame while stoking fear and anger in his base.

The attacks against the F.B.I. from Mr. Trump and his supporters began in earnest in 2018 after agents searched the office of his personal lawyer, Michael D. Cohen, for evidence of campaign finance violations. After the search, Rudolph W. Giuliani, another lawyer close to Mr. Trump, went on a warpath, declaring that the F.B.I.’s office in New York — with which he had worked closely during his time as United States attorney in Manhattan — had behaved like “storm troopers” in conducting the raid.

Since then, Mr. Trump and his allies have attacked the F.B.I. for its role in investigating his campaign’s ties to Russia; for purportedly failing to thoroughly investigate issues surrounding Hunter Biden’s laptop; for using federal informants to infiltrate a group of militiamen charged with — and partly acquitted in — a plot to kidnap Gov. Gretchen Whitmer of Michigan; and for supposedly instigating the mob that stormed the Capitol on Jan. 6.