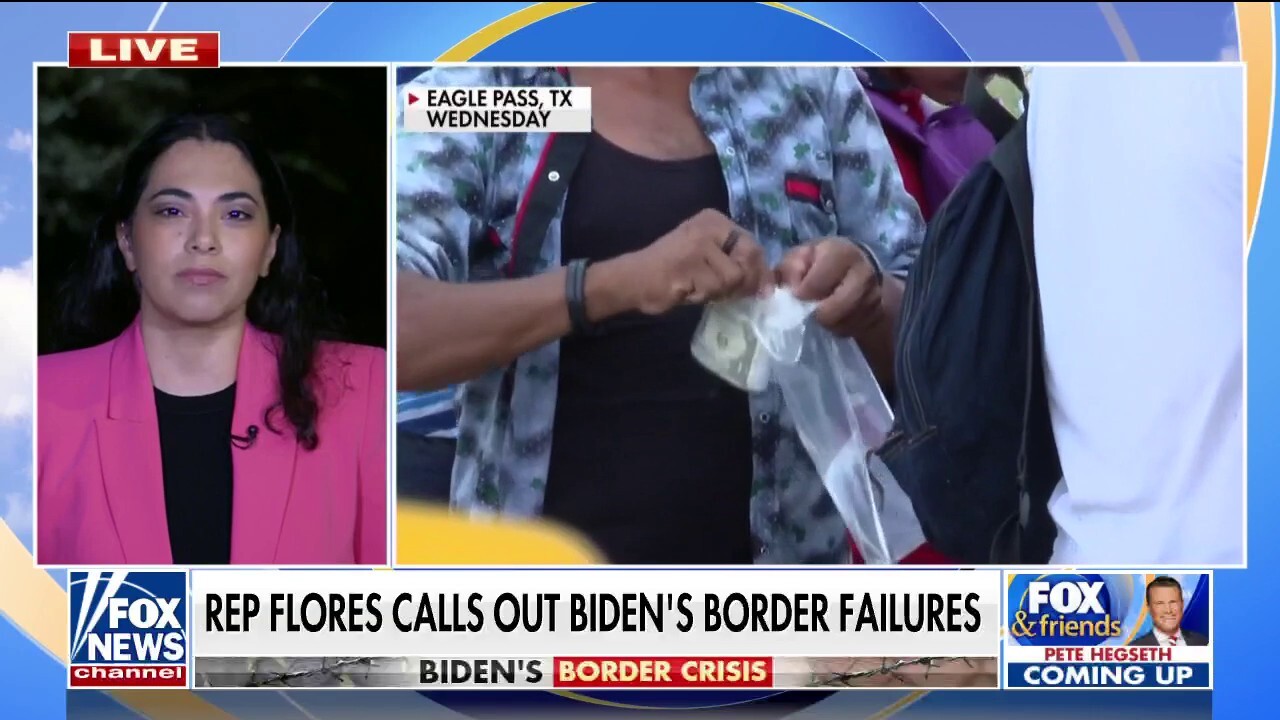 Texas congresswoman Mayra Flores said Thursday the most important issues to her constituents in Texas’ 34th congressional district are the economy and border security.

Flores (R) joined “Fox & Friends” to share her ongoing frustration with how the Biden administration has handled the crisis at the southern border and why this administration must be held accountable.

“How many more children have to die? It’s really disgusting and outraging what’s happening here in south Texas,” she told Brian Kilmeade, reacting to the deaths of two children while trying to cross the Rio Grande, as another infant clings to life.

Border Patrol agents in just one sector of the southern border have apprehended hundreds of illegal immigrants posing as unaccompanied children in order to gain entry to the United States.

El Paso Sector, which has been ramping up its technology and processing capabilities to identify those coming across the border, said in a release that it recently identified 10 adults posing as minors — amid hundreds of such encounters this fiscal year.

Rep. Mayra Flores is the first Republican Latina ever elected to Congress from Texas, and she is also the first female Mexican-born member of the House of Representatives.
(Bill Clark/CQ-Roll Call, Inc via Getty Images)

In one instance, three adults aged between 21 and 22, were encountered with one adult and nine unaccompanied minors. Their identities were revealed at the El Paso Sector Processing Center when they tried to use forged documents.

Flores, whose husband is a Border Patrol agent, said Republicans and Democrats must come together to secure the border and said, “border security shouldn’t be political.” She went on to say that the process must be improved for safer, legal immigration.

Flores emphasized that the top priority for Republicans if they win back the House this November should be to impeach DHS Secretary Mayorkas.

“He’s putting the American people in danger. He’s putting immigrants in danger as well, because, like you said, we don’t know who they are. And I truly do believe that it’s because of this administration, that child sex trafficking is now at an all-time high. It’s because of them.”

Elizabeth Heckman is a digital production assistant with Fox News.