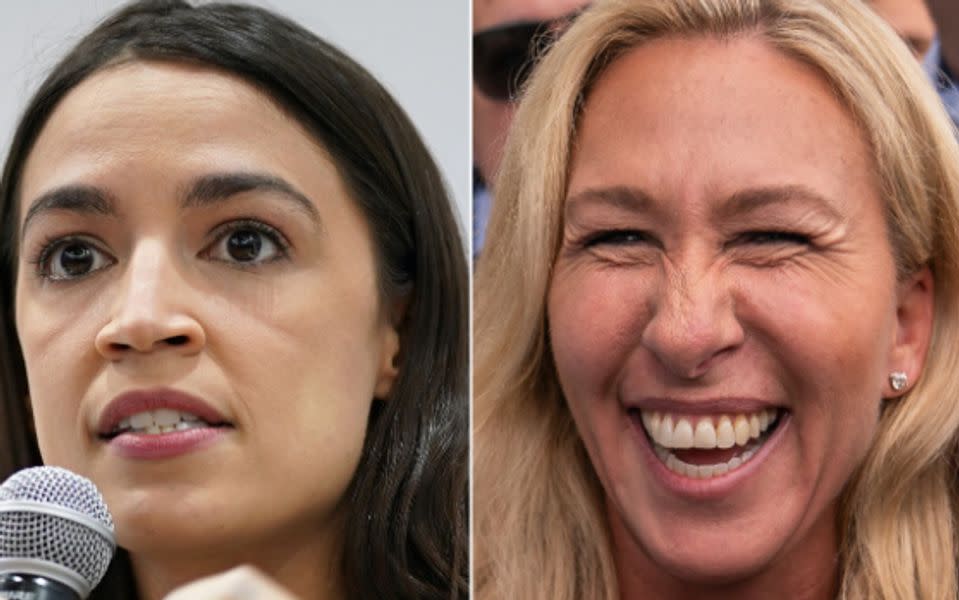 Rep. Alexandria Ocasio-Cortez (D-N.Y.) recently shared footage of a right-wing heckler sexually harassing her outside the Capitol. Rep. Marjorie Taylor Greene (R-Ga.) thinks she should be grateful for it.

In the clip, the white man, Alex Stein, yelled lewd and racially-charged comments at Ocasio-Cortez as she walked up the steps to the Capitol.

But Greene called his actions “quite the compliment.” She even had Stein on her podcast.

“I think women should be confident,” Greene said. “And if a man gives you a compliment, a woman can say ‘thank you.’”

Ocasio-Cortez described the incident as “deeply disgusting” on Twitter, where she also posted the footage: