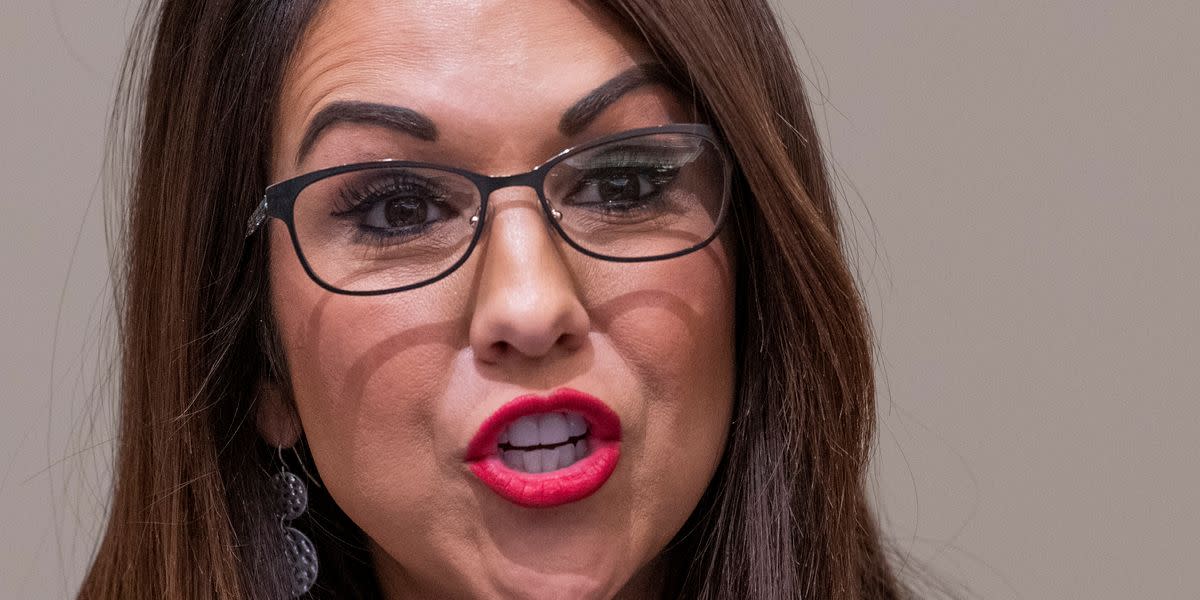 Rep. Lauren Boebert (R-Colo.) speculated on a right-wing talk show Saturday that Rep. Eric Swalwell (D-Calif.) avoids her because she intimidates him.

That’s definitely not it, Swalwell slapped back on Twitter.

Boebert packed in as many insults as she could against Swalwell in an interview with former Arkansas Gov. Mike Huckabee on his TBN talk show.

“I’ve actually tried to have conversations with Eric Smells Not So Well,” she explained. “It doesn’t really work out. He bee-lines away from me. And so maybe I’m intimidating.”

Swalwell responded to Boebert with a quickie scene from the 2009 movie “He’s Just Not That Into You” when bar owner Alex (Justin Long) tells Gigi (Ginnifer Goodwin): “Don’t call him. He doesn’t like you.”