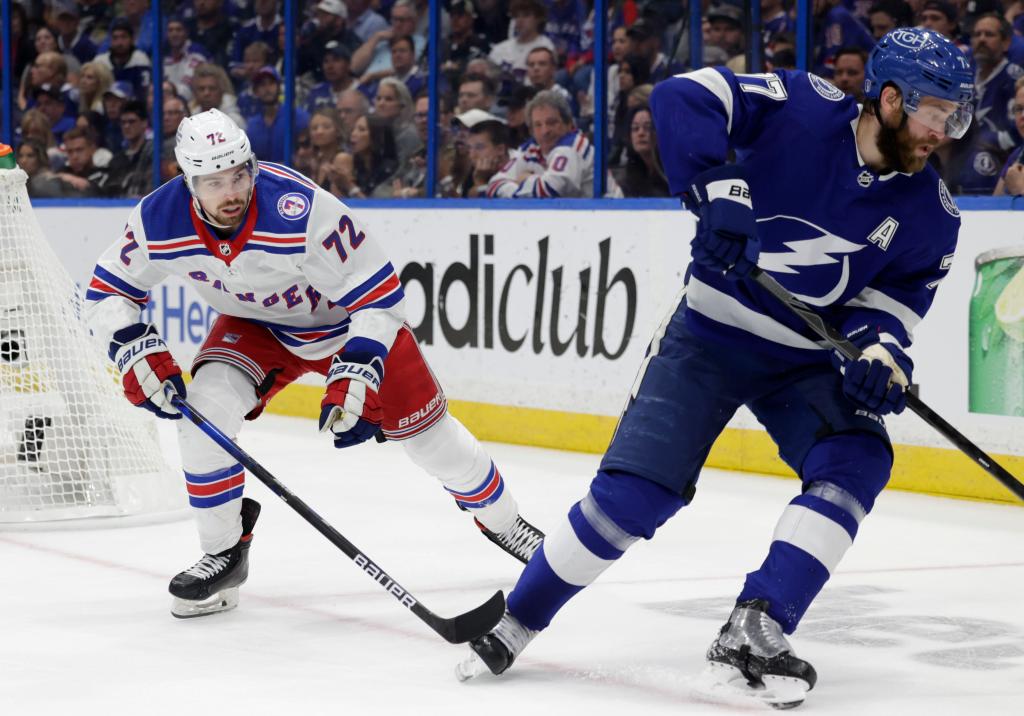 TAMPA, Fla. — The Rangers’ Ryan Strome was a late scratch Tuesday night for Game 4 of the Eastern Conference Final against the Lightning.

Though Strome took the ice for warm-ups, the second-line center, who suffered a lower-body injury that forced him to leave in the second period of Game 3 on Sunday afternoon, was ultimately ruled out presumably due to the same injury.

The Rangers also lost Filip Chytil, in the second period, when the Czech center absorbed a hard hit from Lightning defenseman Victor Hedman and headed straight for the locker room. Chytil suffered an upper-body injury, according to the Rangers, but Gallant said he should be fine. The coach added the Rangers will have to wait and see about Chytil.

“You don’t make excuses, because that’s playoff hockey,” Gallant said. “But you definitely missed Strome tonight, obviously. … It doesn’t help when you’re missing a centerman, but it’s part of the game.”

With Strome out, Kevin Rooney drew back into the lineup for the first time since Game 5 of the Rangers’ second-round series against the Hurricanes. He slotted into his usual fourth-line center spot between Tyler Motte and Ryan Reaves.

Barclay Goodrow, after blocking a shot with the same ankle that he reportedly fractured in Game 1 of the Rangers’ first-round series against the Penguins, remained in the lineup for Game 4. Goodrow’s injury sidelined him for 11 games spanning Rounds 1 and 2. The utility forward started the night on the second line with Artemi Panarin and Andrew Copp before Gallant opted to jumble up his lines to try and spark some offense.

Sammy Blais, who has been working his way back from an ACL tear he suffered in November, skated in a regular jersey instead of a non-contact one for the first time since he resumed skating with the Rangers this postseason.

Gallant, however, said he would still categorize Blais as a long shot to play in this series.

Blais was in the Rangers’ lineup at the start of the season, but Gallant has previously pointed out that the 25-year-old winger hasn’t seen game action since mid-November. Plus, the Rangers have three new forwards, acquired before the March 21 trade deadline, who are padding out the rest of the lineup.

Throwing Blais into a playoff series may not be the way the Rangers want to go while they are this close to the Stanley Cup Final. But should injuries arise, Blais might become an option.