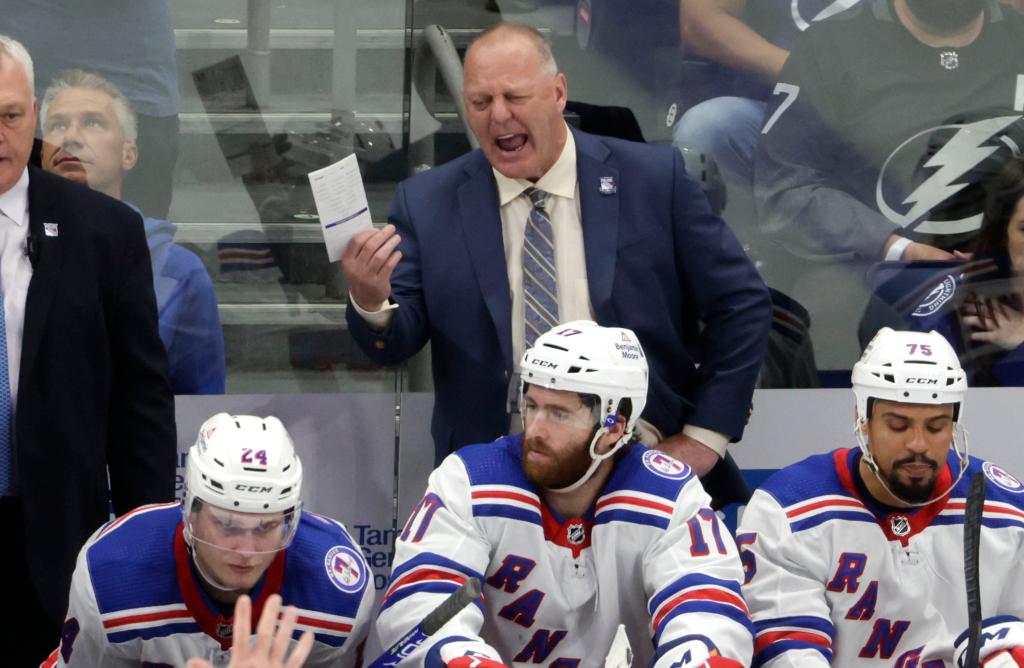 This was nothing the Rangers hadn’t seen before, and nothing they hadn’t beaten before — in fact, just days before.

But there they were, during two games in Tampa, failing to score a five-on-five goal or generate much to seriously test Lightning goalie Andrei Vasilevskiy. Those were the same inconsistencies they evidenced on the road against Carolina, now showing up against a different opponent and a different system.

“It’s intense hockey, you gotta get ready to play it. It doesn’t seem to bother us when we’re playing at home. The last two games, was there issues? Yes. But we gotta get better, so we will.”

Bad as it seems for the Rangers, Andrew Copp correctly pointed out that tied at two going home is a better spot than they were in at this point during the first two rounds. The matchups haven’t worked in their favor on the road. Anthony Cirelli’s checking line has plainly erased the Rangers’ Mika Zibanejad-led group. That will be no issue in Game 5, when the Rangers have last change.

On Thursday, that should help them hearken back to what worked in the first two games, when they controlled play most of the way and grabbed the momentum in the series.

“I think it’s simple,” Tyler Motte said. “It’s our forecheck and sustained pressure. When we’re buzzing around the zone for 20-30 seconds, we’re rolling a few shifts over, getting pucks and bodies to the net consistently, I think you see a lot of skill, lot of speed coming out of our group, especially up front. I just think whether it’s playing on the road with different matchups or things, we just haven’t been able to get to that as much as we would like to. I think that’s a big game-changer for us.”

Merely being at home is not reason enough to believe the Rangers will suddenly start scoring even-strength goals, but they have given ample reason to believe there is no momentum from game to game besides Gallant’s constant assurances.

“Let’s go play our home game again and get right back at it. It’s gonna be a battle. We’re playing against a team that had a lot of experience the last three years, obviously. They’re not gonna give it to us. We have to go out and take it, that’s what we have to do.”