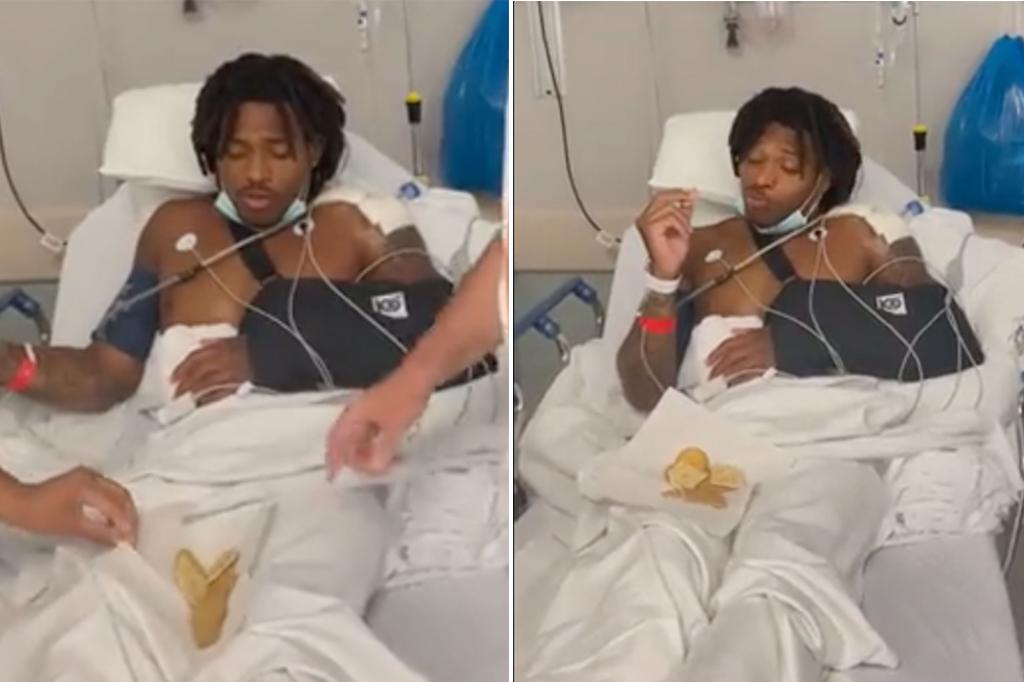 Jalen Ramsey recently underwent surgery on his left shoulder, a procedure which the Los Angeles Rams cornerback said went well. The hospital amenities, on the other hand, apparently could have been better.

After playing through AC joint sprains in each of his shoulders during the latter half of last season, Ramsey opted to have the surgery last week, a move that the Rams described as just a “clean-up.” Shortly following the procedure, the 27-year-old was still visibly feeling the effects of anesthesia and painkillers administered to him. What followed was a hilarious interaction between Ramsey and those by his bedside.

Ramsey first informed hospital workers he was ready to be discharged, attempting to sit up on his hospital bed before ultimately realizing he was in no state to do so. The Rams star then turned his attention to the assortment of food that lay before him, scoffing at the quality of crackers provided.

“These ain’t no Ritz crackers,” Ramsey gloomily announced to the room. A voice behind the camera was quick to correct the defending Super Bowl champion, saying “They’re graham crackers and Ritz crackers.”

Realizing his mistake, Ramsey made fast work of the graham crackers, devouring the first in nearly one bite.

The cornerback later admitted that he had no memory of the hysterical moment, which he shared with his 425k Twitter followers alongside several crying laughing emojis. A few of Ramsey’s teammates – including Aaron Donald and Donte Deayon – apparently couldn’t contain their laughter either, responding to the tweet with crying emojis of their own.

Ramsey should be ready for the Rams season opener versus the Buffalo Bills on Sept. 8, according to Ian Rapoport.

Let’s hope the concession stands at SoFi Stadium can get their hands on Ritz crackers by then.