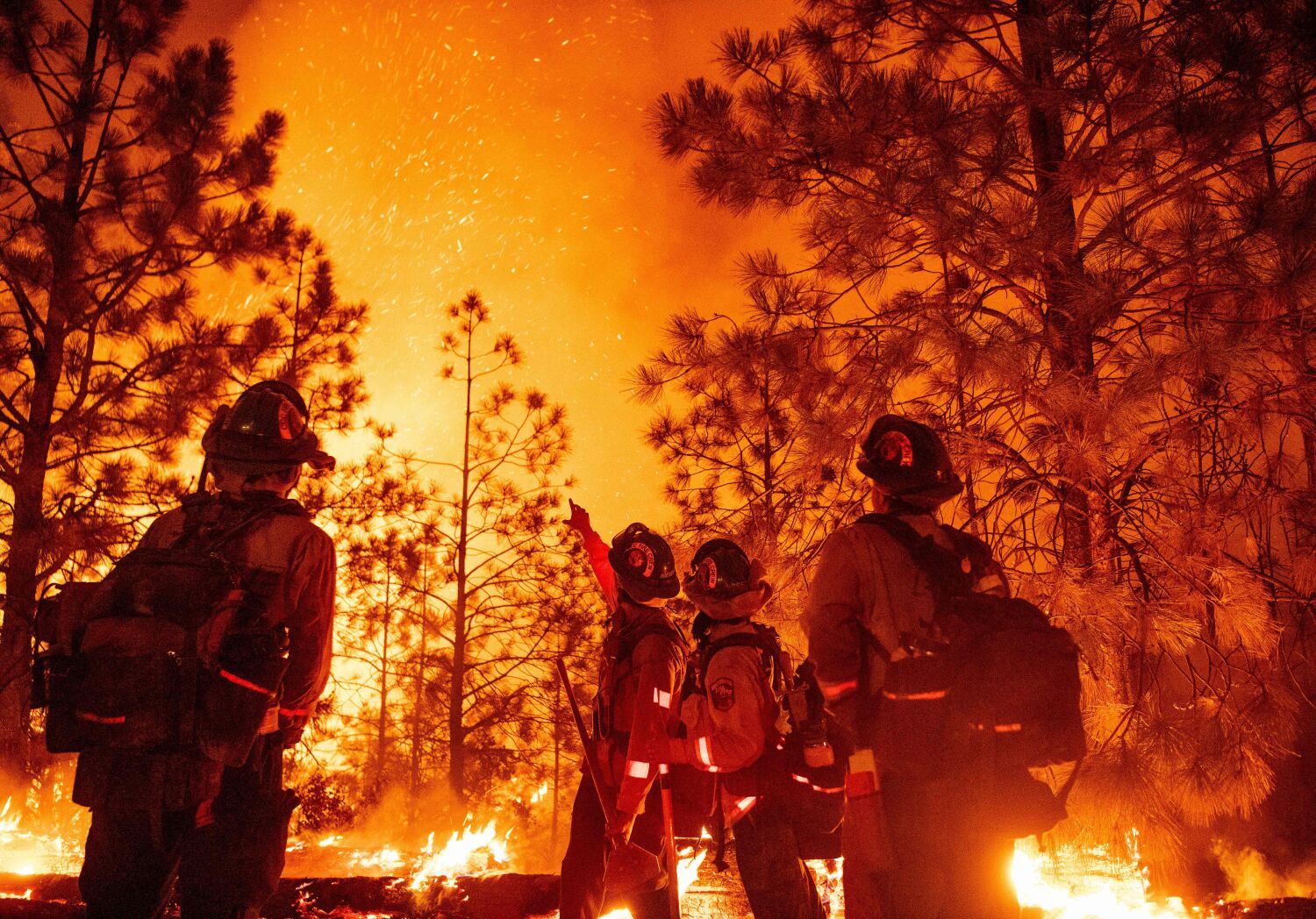 Rain showers that started Sunday afternoon are bringing welcome moisture to the Mosquito fire, but also an increased risk of mudflows and floods in a heavily forested corner of Northern California.

The storm system — which brought with it cold temperatures and high humidity — is forecast to last through early Wednesday morning, said Scott Rowe, a meteorologist for the National Weather Service in Sacramento. A flash flood watch will be in effect for the burn area of the Mosquito fire, California’s largest blaze this year, from noon Tuesday until 12 a.m. on Wednesday.

Already, the rain has aided in the firefighting effort. As of Sunday evening, the fire had charred 76,290 acres in El Dorado and Placer counties and was 38% contained — up from 20% on Saturday, according to the California Department of Forestry and Fire Protection.

Evacuation orders were lifted in some communities between Foresthill and Auburn on Sunday.

But firefighting conditions will likely remain difficult on the fire’s eastern side, where the terrain is rugged and steep, McLean said.

“All that rain is going to create mud,” he said. “Traversing that area will be hard and potentially dangerous.”

Fire officials are also concerned about potential mud and debris flows in the burn scar, as the plants that would normally hold the hillside in place have been decimated by flames, McLean said.

By Thursday the burn area is forecast to be warm and dry, with temperatures in the upper 70s and low 80s that are expected to stay and potentially rise through the weekend.

“When the vegetation dries out, another bad situation could develop,” McLean said. “We have to be prepared for that.”