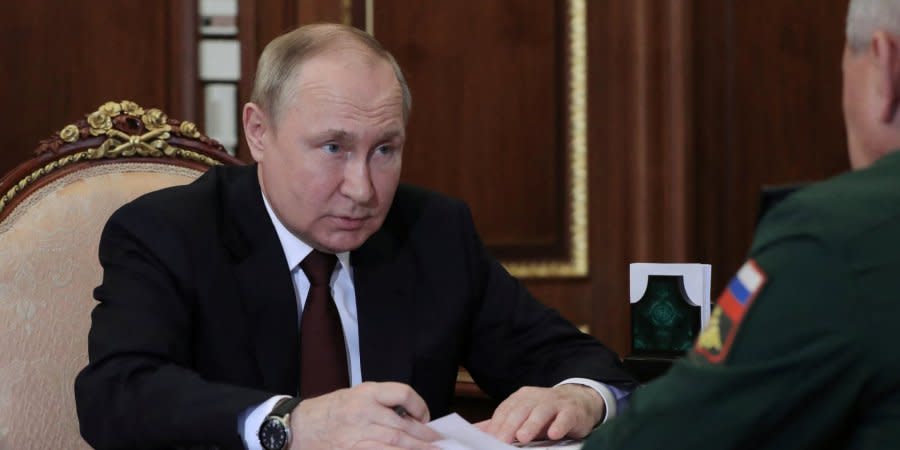 Klimkin said Western sanctions were the impetus behind the Kremlin’s new-found will to negotiate.

“In a rapidly developing world, they (Russia — ed.) are (cut off) from technology, from real exports and from many other things, so Putin is very willing and eager for negotiations,” Klimkin said.

“Through various semi-secret and secret channels, Putin’s representatives are trying to reach out to the United States and Europe and say: ‘Let’s come to an agreement somehow. It will be beneficial both for us and for you.’ (At the same time,) they threaten (the West) with energy, food crisis and many other things.”

According to the former foreign minister, Putin will focus even more on the need for negotiations in the fall, since then will be the best moment for him as there will be a surge in energy and food prices.

Earlier, Putin said that Russia had apparently “not properly started anything yet” in Ukraine.

Read also: Feeding the crocodile: If we allow Russia any more territorial wins, it will soon go for more

Mykhailo Podolyak, an adviser to Ukrainian President Volodymyr Zelenskyy’s chief-of-staff, promptly mocked Putin on Twitter, reminding the Russian president of his army’s losses, in particular of personnel, which according to Ukraine have exceeded 30,000.

Another representative of the President’s Office, Oleksiy Arestovych, also said that Putin’s army was coming to the end of its strength in Ukraine.

“You haven’t started, but you’re already coming to an end. All these efforts will not last long.”

Podolyak also sees in such statements by Putin a hidden call to start negotiations.

However, in an earlier interview with Radio NV, he noted that “an agreement with the Russian Federation today is a war postponed until tomorrow” and that there is nothing to talk about with the Kremlin yet.