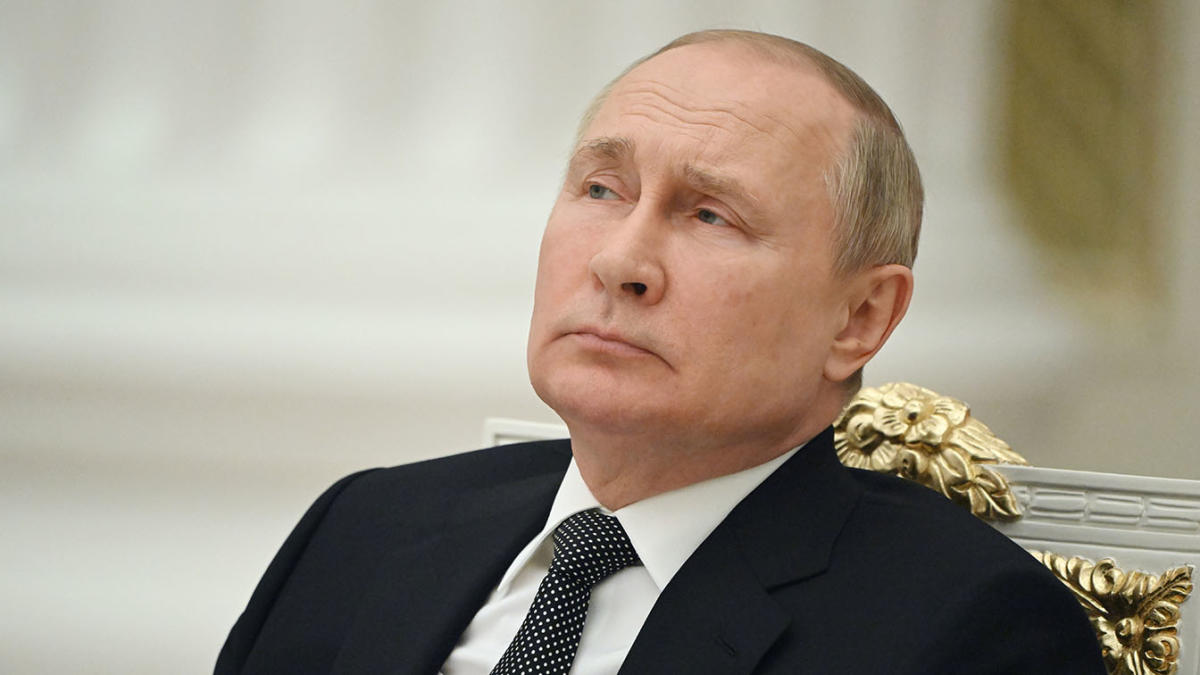 WASHINGTON — Russian President Vladimir Putin has always been fond of macho displays of personal virility and strength. Just months into his first term as the nation’s leader, he served as the co-pilot of a fighter jet that landed in Grozny, the Chechen capital that had been devastated under his direction. He has been photographed riding a horse without a shirt and hunting, also shirtless.

Some on the American right fawned at those displays, especially during the Obama years. “People are looking at Putin as one who wrestles bears and drills for oil,” said former Alaska Gov. Sarah Palin in 2014, deriding then-President Barack Obama for his “mom jeans.”

But the shows of machismo disappeared long ago from the Kremlin’s propaganda repertoire, replaced by carefully managed images and videos of Putin that have only stoked questions about the 69-year-old’s health. The relentless speculation led to a remarkable, and rare, response from the Kremlin over the weekend.

“President Vladimir Putin makes public appearances on a daily basis,” Russian Foreign Minister Sergey Lavrov told a French outlet on Sunday, according to Russian news service Tass. “You can see him on TV screens, read and listen to his speeches. I don’t think that a sane person can suspect any signs of an illness or ailment in this man.”

Given the extent to which Putin’s image is managed inside Russia, the statement amounted to an astonishing acknowledgment of a discourse that has become rampant beyond the country’s borders.

“I’ll leave it on the conscience of those who disseminate such rumors despite daily opportunities for everyone to see how he and others look like,” added Lavrov, a reliable Putin ally in an increasingly cloistered Kremlin.

“Putin is very ill and when he dies his death will be kept secret for weeks, if not months,” the supposed intelligence officer said. “There is also the possibility that he is already dead. It’s impossible to know. It is believed that Putin has employed body doubles in the past when he has been unwell and the Kremlin could be doing so now.”

Such speculation is usually off-limits for world leaders, but the brutal invasion of Ukraine has turned Russia into a pariah whose leader, now routinely described as a “war criminal,” no longer enjoys the benefits of such norms.

Of course, the acute curiosity does not exactly amount to a diagnosis, especially at a time rife with misinformation. “Suits lots of people’s interests to spread the rumors, and we know there are always lots of groups vying for power around the Kremlin in Russia,” Russia expert Ian Garner told Yahoo News. “However, my best guess is that most of these rumors are the feverish products of Western speculation. They grip Western audiences — they’re classic tabloid schlock.”

The guessing game almost resembles something out of “The Death of Stalin,” Armando Iannucci’s 2017 tragicomedy about the 1953 demise of the notorious Soviet dictator, whom Putin admires and has in some ways imitated.

Putin could have cancer — or Parkinson’s disease. Or maybe “long COVID.” Every photograph and video clip is parsed on social media by amateur Kremlinologists. Meanwhile, an anonymous user on the Telegram social media network claiming to be a Russian security intelligence officer claims that Putin underwent abdominal surgery in mid-May.

Some of the rumors were fueled by the preposterously long tables at which Putin met with other Kremlin officials during the first phase of the Ukraine invasion. During a meeting with Defense Minister Sergei Shoigu in late April, he gripped the edges of a table and looked ill at ease. Some two weeks later, at a Victory Day parade in Red Square, he again failed to project the vision of strength long associated with the Russian leader.

Earlier this month, the magazine News Lines published an account of a Kremlin-adjacent oligarch who had been secretly recorded by a Western financier discussing Putin’s purported cancer. The outlet proposed that he was potentially suffering from lymphoma, which afflicts white blood cells.

While such reports could be utter fiction, they also underscore how thoroughly Russia has devolved into an authoritarian regime almost entirely dependent on the fate of a single man.

“The only way things change is if there is a crisis event that shifts the landscape,” says former CIA officer John Sipher, who served in Moscow during the Cold War. “One might be the use of nuclear weapons. The other might be real evidence of his health deteriorating.”

Putin’s counterpart in Kyiv, meanwhile, Volodymyr Zelensky, has become an international icon, his scruffy beard and green military T-shirt now as much of a symbol as Winston Churchill’s cigar was in an earlier era. Despite looking tired from long days and nights in his bunker, Zelensky appears to be of sound health.