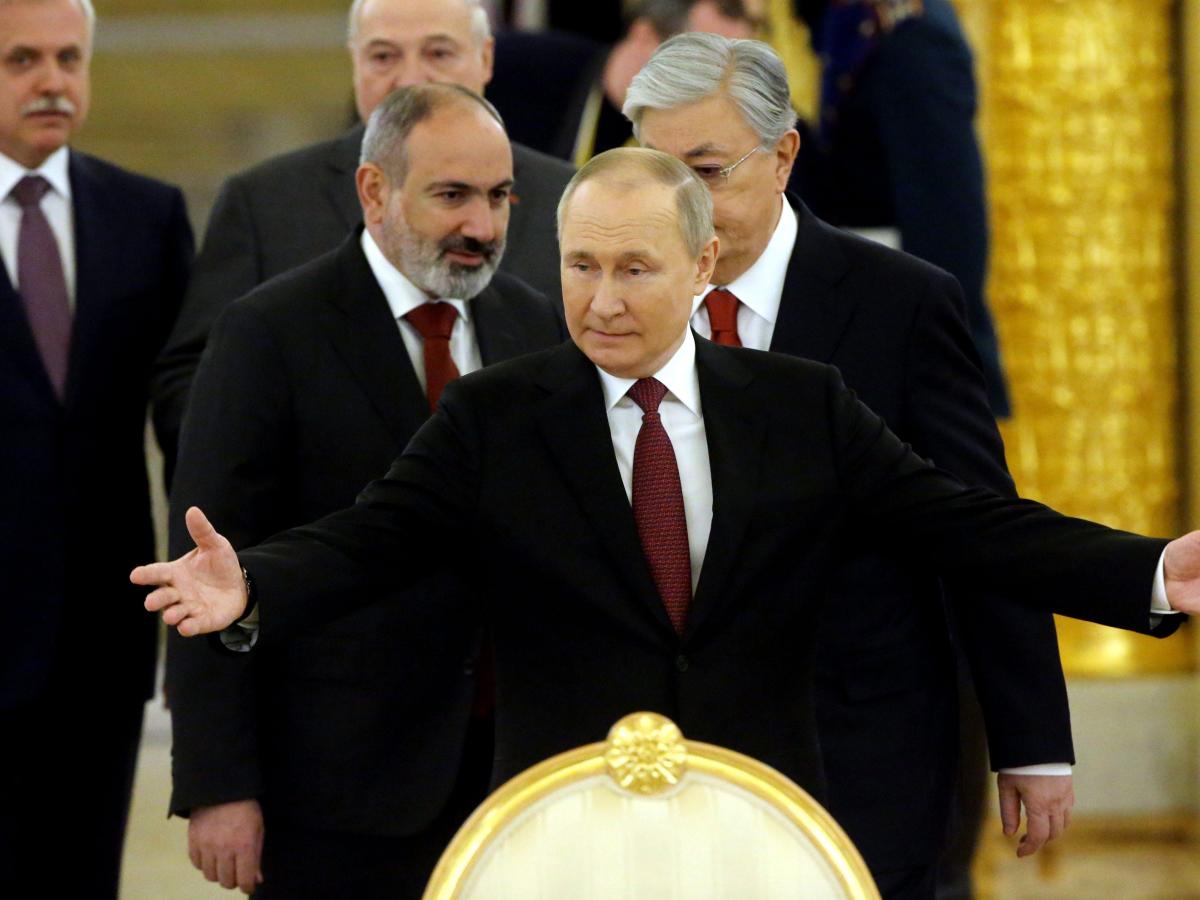 Russian President Vladimir Putin has “awakened a dark nationalism” within Russia that he has become increasingly dependent on, said a Russian political scholar and analyst.

“The truth is that Putin is more afraid of pro-war protests and has to take into account the eagerness of many Russians to see the destruction of what they call Ukrainian Nazis,” wrote Tatiana Stanovaya — the founder of the political analysis firm R.Politik and a nonresident scholar of the Carnegie Endowment for International Peace — in an essay for Foreign Policy published on Wednesday.

Since the start of the Ukraine war, Putin has baselessly claimed that Russia’s invasion is aimed at the “demilitarization and de-Nazification” of the country.

“This is extremely important: Putin has awakened a dark nationalism he is more and more dependent on,” Stanovaya wrote, per the outlet.

She added, per Foreign Policy, that the Russian public’s growing penchant for nationalism could eventually prompt Putin to escalate matters and become even more “hawkish and resolute.”

“Whatever happens to Putin, the world will have to deal with this public aggression and anti-West, anti-liberal convictions that make Russia problematic for the West,” she wrote, per the outlet.

The West’s belief that Putin is worried about anti-war sentiment is one of several misguided assumptions about the Russian leader that Stanovaya sought to correct in her piece.

Per Foreign Policy, Stanovaya also wrote that the West is incorrect to assume that Putin has been purging his inner circle and senior officials for their failures in the war in Ukraine. She added that rumors of Putin’s top officers being arrested have not come from verified sources and that she viewed such speculation with “extreme skepticism.”

“Putin is likely upset and disappointed with his staff, but it’s not his style to purge his inner circle unless serious crimes have been committed,” Stanovaya wrote, per the outlet.

Regarding Putin’s view of Russia’s progress in the war, she wrote, per Foreign Policy: “In Putin’s eyes, he is not losing this war. In fact, he likely believes he is winning — and he is happy to wait until Ukraine concedes that Russia is here forever.”