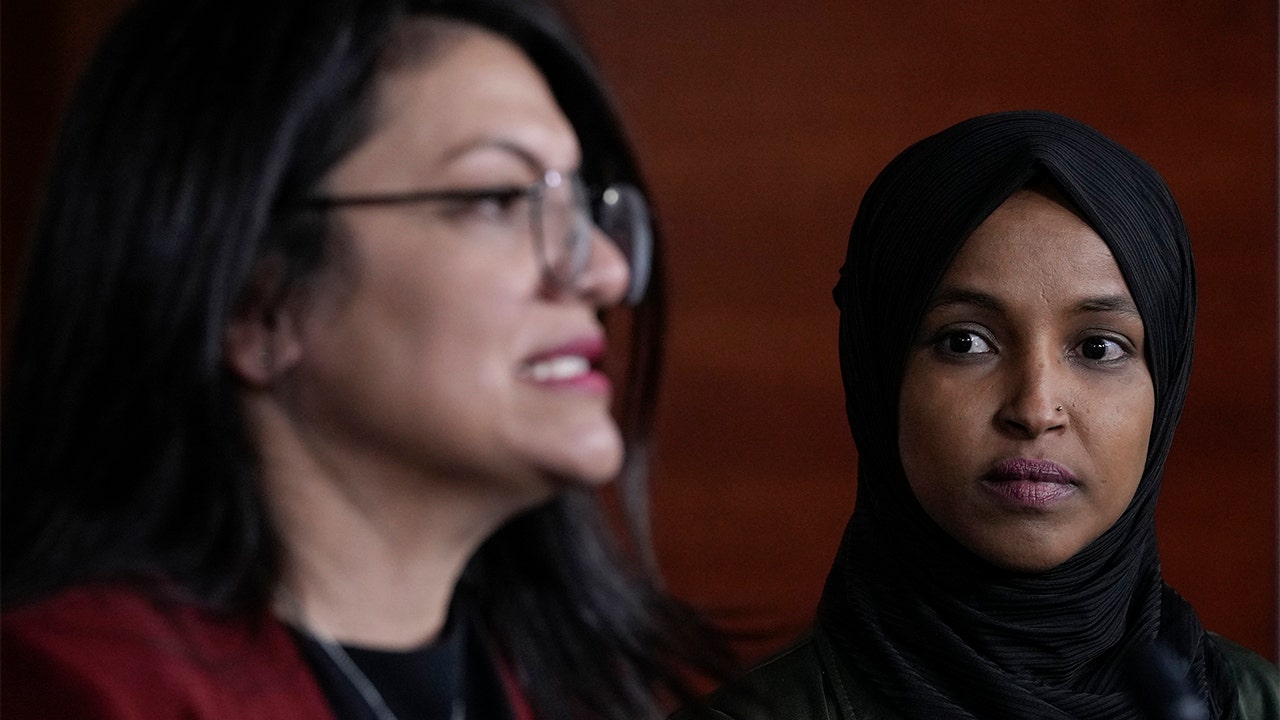 Democratic lawmakers rallied support for abortion activists protesting outside the homes of Supreme Court justices and at churches on Tuesday, dismissing calls for the gatherers to be prosecuted for violating federal law.

Progressive “Squad” member Rep. Rashida Tlaib, D-Mich., said she welcomes the protests outside the homes of justices and Catholic churches “in many ways,” chalking it up to life in “public service.”

“I get interrupted and protested all the time,” the Michigan lawmaker told Fox News correspondent Hillary Vaughn in a segment that aired exclusively on “Tucker Carlson Tonight.”

“I welcome it in many ways as long as it is not violent rhetoric talking about physical harm and all those things, I think it’s just really important to understand that that happens,” Tlaib added. “We are in public service.”

Rep. Ilhan Omar, D-Minn., also a member of the “Squad,” appeared unfamiliar with the law protesters are accused of violating when Vaughn asked whether she thought they should face prosecution.

Vaughn proceeded to explain to the lawmaker that according to federal U.S. code 1507, any individual who “pickets or parades” with the “intent of interfering with, obstructing, or impeding the administration of justice, or with the intent of influencing any judge, juror, witness, or court officer” near a U.S. court or “near a building or residence occupied or used by such judge, juror, witness, or court officer” will be fined, or “imprisoned not more than one year, or both.”

PRO-ABORTION PROTESTERS MARCH TO HOMES OF JUSTICES KAVANAUGH AND ROBERTS IN ‘VIGIL’ FOR ROE V. WADE

Omar argued the protesters are protected by free speech.

“The Supreme Court itself has heard this argument, and they have themselves said that it is protected by the First Amendment,” she said.

A furious Sen. Elizabeth Warren expressed a similar sentiment, telling Vaughn that the High Court “said back then [that] protesters should be able to get right in people’s faces, now they are erecting barriers to try to keep protesters as far away from themselves as possible. I think that’s fundamentally wrong.”

Demonstrators, organized by a group called “Shut Down DC, also rallied outside the Northern Virginia home of Supreme Court Justice Samuel Alito, the Maryland home of Brett Kavanaugh, as well as outside the D.C. home of Chief Justice John Roberts.

Other activist groups, including “Rise Up 4 Abortion Rights,” “Pro Choice with Heart,” and “Strike for Choice,” have called for protests between May 8 and May 15.