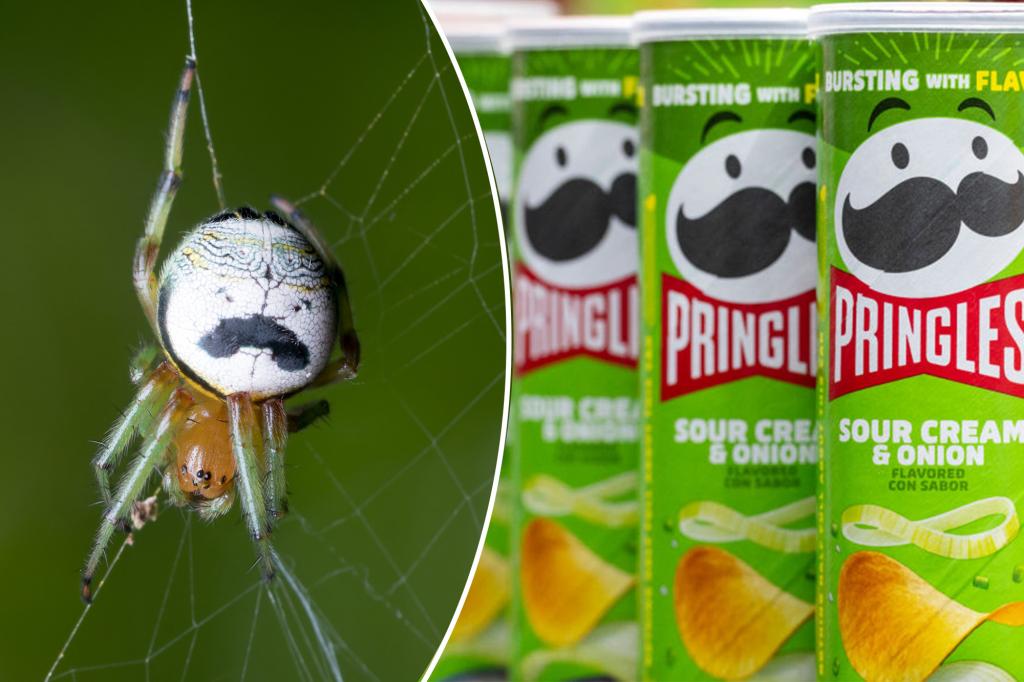 Pringles is petitioning to rename a spider after its chips noting that the little creature looks amazingly similar to its mascot.

The Kidney Garden spider has a mostly green body with a large circular section of its tiny body being white with a black pattern that often appears to look like a face with a mustache. According to Pringles, “the resemblance is unCANny.”

“In 1968 the world was introduced to the iconic Pringles can and logo, but little did we know there was a creature amongst us who was unknowingly spreading the Pringles love,” Mauricio Jenkins, US marketing lead for Pringles, said in a statement.

The Kidney Garden spider is native to Southeast Asia and is very tiny with females only growing to be about one-quarter of an inch long and males roughly half that size. They are commonly found in gardens and low vegetation where they build their webs in bushes.

Pringles wants the Kidney Garden spider to become “the world’s first branded spider” and started a petition at Change.org calling on the arachnid community to recognize the 8-legged creature as the Pringles Spider. The online petition currently has 998 signatures- just two away from its goal.

“We’re thrilled to rally fans to help us recognize this spectacular spider, and welcome it into the Pringles family,” Jenkins said.

The snack company is also allowing chip lovers to adopt a Pringles Spider on its site. Interested snackers can choose from a photo gallery with bios of the cute creepy crawling creatures and will receive an official certificate acknowledging their adoption.

If the Pringles Spider becomes official, the company announced that they will celebrate by giving customers free chips.