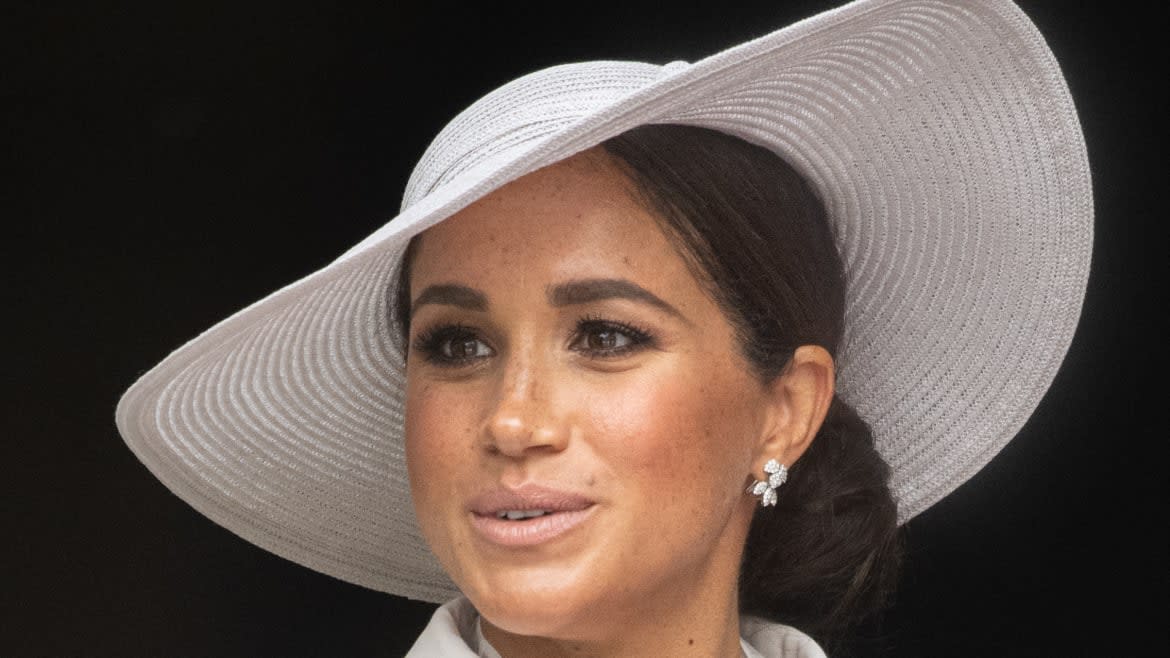 Prince Harry told his wife Meghan Markle he “lost” his father as a byproduct of their acrimonious move away from the British royal family.

Meghan made the stunning declaration in a lengthy interview with New York magazine’s The Cut that was published Monday.

Asked by interviewer Allison P. Davis about her relationship with her own estranged father, Meghan tells Davis: “Harry said to me, ‘I lost my dad in this process.’ It doesn’t have to be the same for them as it was for me, but that’s his decision.”

In the interview, Meghan also goes all-in criticizing the racism of the British media, saying: “Why would I give the very people that are calling my children the N-word a photo of my child before I can share it with the people that love my child?… You tell me how that makes sense and then I’ll play that game.”

In the piece, which Meghan gave to promote her new Archetypes podcast, the duchess also reveals she is planning a return to social media, saying: “I’m getting back… on Instagram.”

Much of the interview was conducted at royals’ home in Montecito, California, which, Meghan says, they initially decided not to consider because they couldn’t afford it. That changed when they signed a reported $25 million Spotify deal and a reported $100 million Netflix deal.

She says that one of the things that attracted to her house were two giant palm trees on the front lawn, saying: “One of the first things my husband saw when we walked around the house was those two palm trees… See how they’re connected at the bottom? He goes, ‘My love, it’s us.’ And now every day when Archie goes by us, he says, ‘Hi, Momma. Hi, Papa.’ ”

Harry makes a few walk-on appearances in the interview, at one stage talking about the need to fix the plumbing in the house.

In another part, Davis visits their “shared home office” and Harry says: “Most people that I know and many of my family, they aren’t able to work and live together.”

Asked if what “they are currently filming is a documentary about their love story,” Meghan replies: “What’s so funny is I’m not trying to be cagey… I don’t read any press. So I don’t know what’s confirmed… When the media has shaped the story around you, it’s really nice to be able to tell your own story.”

Asked if Harry “feels isolated” being far from his family, Meghan replies: “Well, look, we’re both building community… I didn’t have friends up here.”

She adds of herself and Harry: “We’re like salt and pepper. We always move together.”

Meghan also discusses returning to their former home, Frogmore Cottage in Windsor, earlier this summer during the queen’s jubilee festivities, saying: “You go back and you open drawers and you’re like, Oh my gosh. This is what I was writing in my journal there? And here’s all my socks from this time?”

She says of her time as a royal: “I​​ was an actress. My entire job was ‘Tell me where to stand. Tell me what to say. Tell me how to say it. Tell me what to wear, and I’ll do it.’ And I’ll show up early, and I’ll probably bake something for the crew.”

The interviewer writes: “By her own analysis, her problems stemmed from her being an American, not necessarily a Black American, she explains. Her desire to ask lots of questions and to never be involved with something she couldn’t totally have her hands on seemed to violate an unspoken social norm.”

In one section of the interview, Davis goes on the school run with Meghan.

She writes: “At a stoplight, she reaches into the trunk and produces a brand-new black backpack and hands it to her security detail to give to an unhoused man on the corner. They are teaching Archie that some people live in big houses, some in small, and that some are in between homes. They made kits to pass out with water and peanut-butter crackers and granola bars. “I ate one!” Archie contributes.”

Asked if “there is room for forgiveness between her and her royal in-laws and her own family,” Meghan replies: “I think forgiveness is really important. It takes a lot more energy to not forgive. But it takes a lot of effort to forgive. I’ve really made an active effort, especially knowing that I can say anything… I have a lot to say until I don’t. Do you like that? Sometimes, as they say, the silent part is still part of the song.”