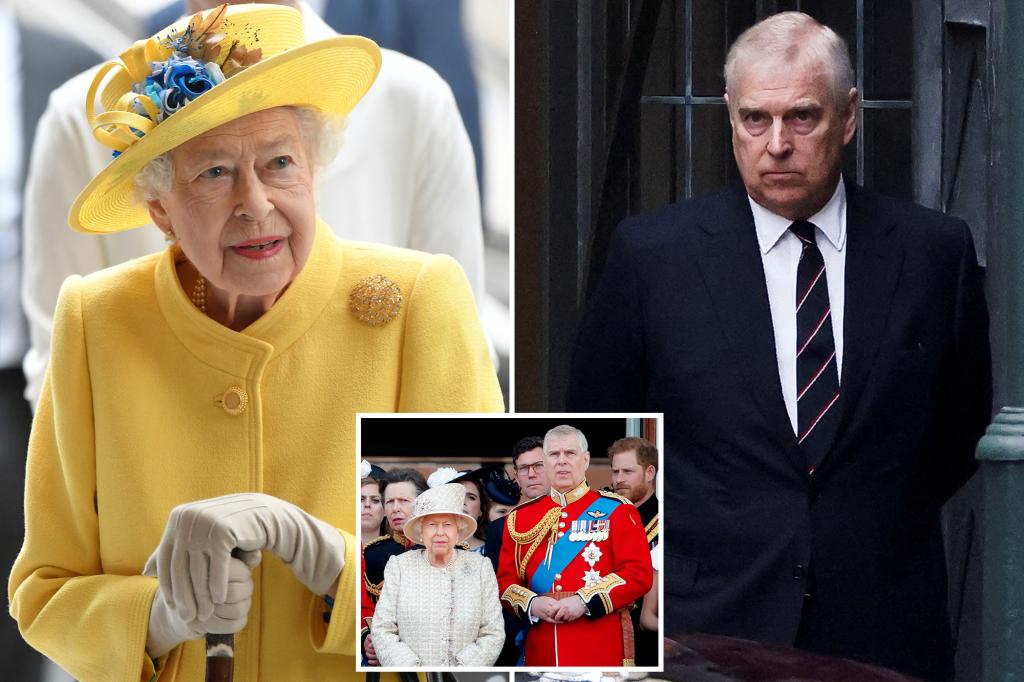 Disgraced UK royal Prince Andrew will reportedly join his mother, Queen Elizabeth II, in one of the most prestigious ceremonies of the year in a surprise return to the spotlight.

The queen’s 62-year-old son — who was stripped of most of his titles after settling with his longtime sex accuser — will join other members of his family in the Garter Day parade on June 13, The Telegraph said.

He will join other Garter Knights donning velvet robes and plumed hats for the colorful parade to Windsor Castle that the royal family calls “one of the most traditional ceremonies in the queen’s calendar.”

The 96-year-old monarch, who is Sovereign of the Garter, chooses the knights without having to consult the government, making it officially a private choice, the UK paper said.

That allows Andrew to attend in a private capacity as a Royal Knight, the UK paper said.

However, it will still be listed in the Court Circular, the official listing of the previous day’s royal events that is printed in The Times of London, The Scotsman as well as The Telegraph itself.

A palace source told the UK paper that Andrew’s inclusion in the listing would be “standard practice.”

Still, Times of London columnist Hilary Rose said that the thought of his appearance was “an image so distressing it makes me want to pixelate my own brain.”

“Nothing says ‘private’ like strutting round Windsor Castle with the Queen and half the royal family in front of television cameras from around the world,” she quipped sarcastically.

The Duke of York has largely been kept out of the spotlight since he was booted from royal duties in late 2019 after his disastrous attempts to deny knowing longtime accuser Virginia Giuffre.

Giuffre alleged she was made to have sex with Andrew three times on the behest of late pedophile Jeffrey Epstein and his convicted madam, Ghislaine Maxwell.

He lost most of his titles — including “His Royal Highness” — in February, soon after settling out of court with Giuffre to end her lawsuit against him for sexual abuse, filed in Manhattan.

Sources told The Post the settlement was for $12 million, and it included a statement from the disgraced prince accepting that his accuser “has suffered both as an established victim of abuse and as a result of unfair public attacks.”

“It is known that Jeffrey Epstein trafficked countless young girls over many years. Prince Andrew regrets his association with Epstein, and commends the bravery of Ms. Giuffre and other survivors in standing up for themselves and others,” it added.

The Garter Day parade is returning for the first time in three years after being halted during the pandemic, The Telegraph noted.

The Duchess of Cornwall, Camilla — the wife of heir-to-the-throne Charles — will be among those invested into the country’s oldest and most senior Order of Chivalry before the traditional procession to St George’s Chapel for a short service, the UK paper said. The honor marks her increasing importance in the Royal family, the paper said.