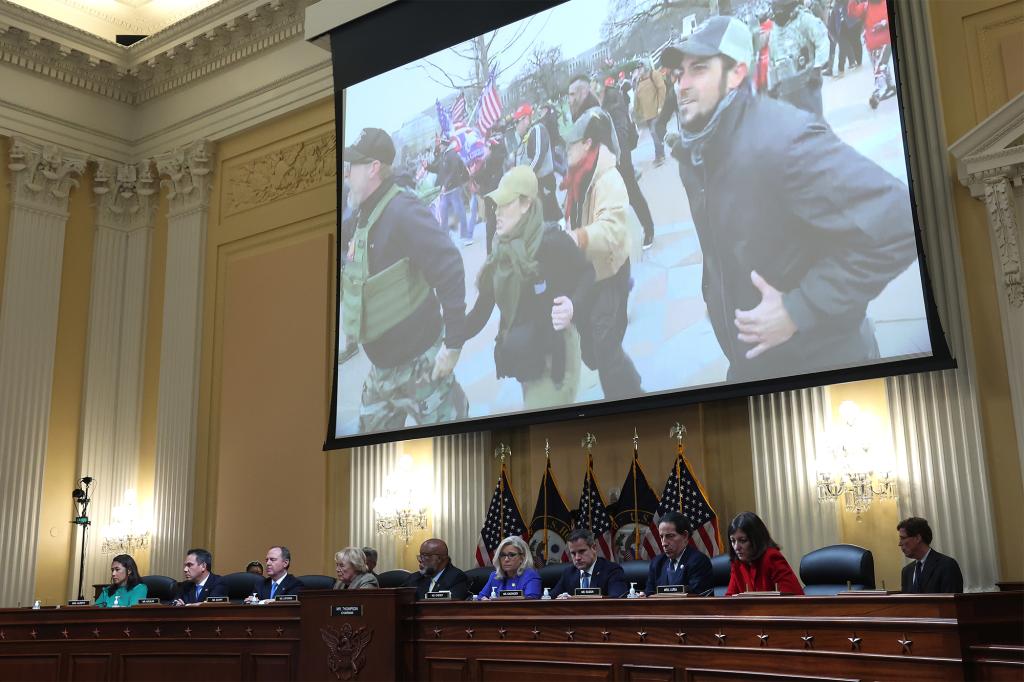 According to Nielsen Media Research, approximately 15 million households watched the hearing across 11 different networks for a 12.3 rating. The viewing figures did not include data from PBS, which also aired the hearing live.

By comparison, this year’s Academy Awards telecast on ABC drew 16.6 million viewers. One night before the hearing, Game 3 of the NBA Finals between the Boston Celtics and Golden State Warriors, also aired on ABC, pulled in 11.5 million pairs of eyeballs.

In terms of political set-piece events, Thursday night’s hearing drew a little more than half the audience of President Biden’s first State of the Union address March 1, which was broadcast by 16 different networks and watched by more than 38 million Americans.

ABC won the night with 5.2 million overall viewers during the 8 p.m. to 10 p.m. window in which the hearing took place. MSNBC was a close second with 4.2 million, followed by NBC and CBS, which each had more than three million people tune in.

Fox News Channel, which notably did not air the hearing in favor of its regular programming of “Tucker Carlson Tonight” and “Hannity,” averaged 2.96 million viewers between 8 p.m. and 10 p.m. — outdrawing CNN, which could only manage 2.6 million viewers over the same period.

The hearing did air live on Fox Business Network, whose coverage drew 223,000 viewers and bested arch-rival CNBC, whose broadcast pulled in 158,000 viewers.

Nielsen said its numbers took into account out-of-home viewing as well as Americans who watched the speech on platforms such as Roku. According to the firm, the latter group could make up as much as 13% of the audience for “televised political events.”

In addition to three of the four major broadcast networks, two of the three big cable news networks, FBN, CNBC and PBS, the hearing was aired on NBC LX, CNN, Newsmax, and NewsNation.

Thursday’s public hearing was the first of six the committee plans to hold in the coming weeks to reveal its findings about the events of Jan. 6, 2021, when a mob of supporters of former President Donald Trump stormed the Capitol building to disrupt the certification of Biden’s victory in the Electoral College.

The committee’s next two hearings are scheduled to take place Monday and Wednesday, with both beginning at 10 a.m.