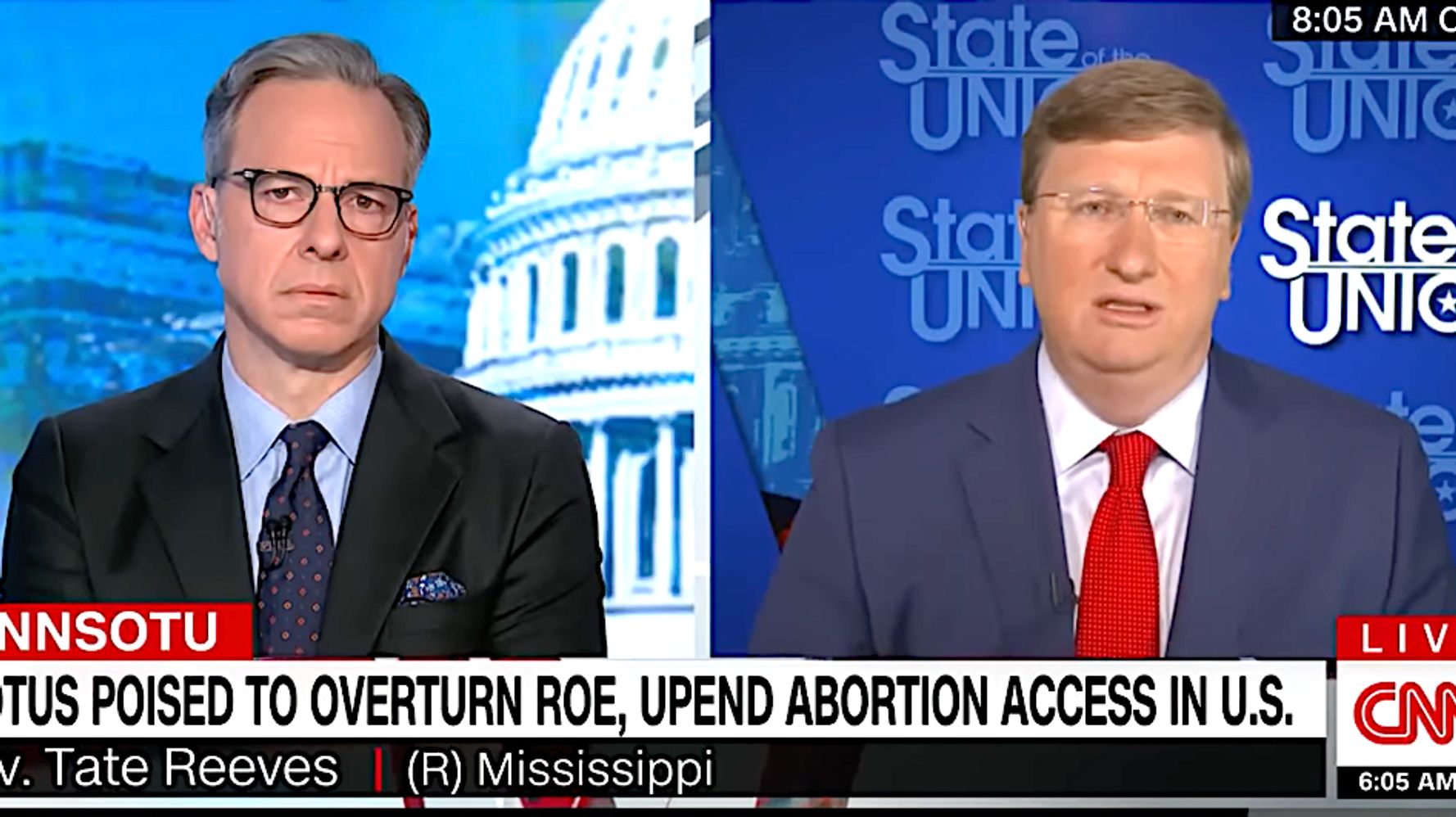 Mississippi’s Republican governor was pressed on CNN Sunday if incest victims will be forced to give birth under the state’s pending anti-abortion law. His only answer was that there aren’t many pregnant incest victims.

The state has a radical “snapback” law on reproductive rights waiting in the wings if Roe v. Wade is gutted. It appears that will soon be the case in light of Supreme Court Justice Samuel Alito’s draft opinion leaked last week.

The law has “no exception for incest,” “State of the Union” host Jake Tapper noted to Gov. Tate Reeves.

“So, assuming the Supreme Court overturns Roe v. Wade, the state of Mississippi will force girls and women who are the victims of incest to carry those children to term. Can you explain why that is going to be your law?” Tapper asked.

’Well, that’s going to be the law because in 2007, the Mississippi legislature passed it,” Reeves responded.

Tapper pressed again: “Why is it acceptable in your state to force girls who are victims of incest to carry those children to term?”

Tapper also asked if the state would force women to carry fetuses to term who have no chance of survival.

“You’re dealing in examples that are rare,” Reeves said.

The 1% rape and incest figure is from a 2004 Guttmacher Institute survey, and presumes the 1,200 girls and women in the study provided accurate information regarding a sexual assault. There are as many as 900,000 abortions in the U.S. annually, meaning the 1% category would include 90,000 individuals. There are some 3,500 abortions each year in Mississippi.

Tapper also pointed out that Mississippi has the nation’s highest rate of infant mortality and the highest rate of child poverty. It has no guaranteed paid maternity leave, and recently rejected extending postpartum Medicaid coverage, he added. The state’s foster care system is also the target of a federal lawsuit for its alleged failure to protect children from abuse.

Reeves said his state is trying to do better.

Check out the full interview in the clip above.