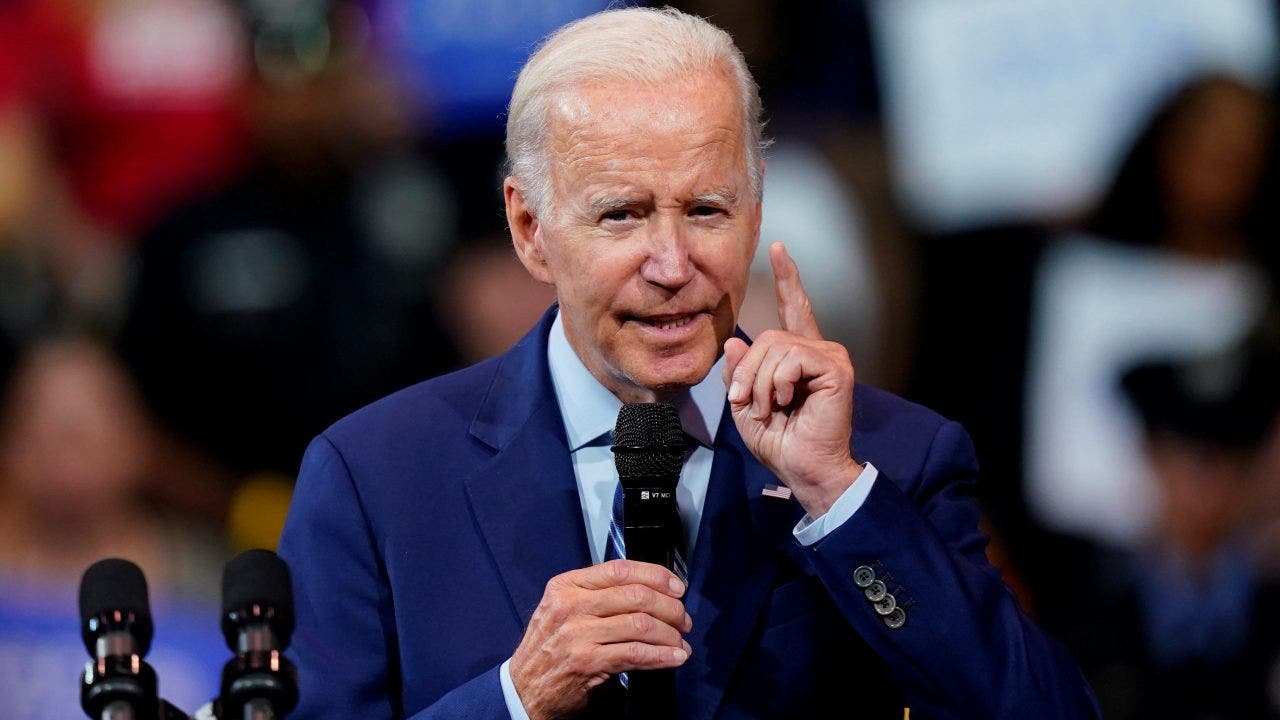 Democrats’ midterm chances appear to be looking up as registered voters rank abortion in close second to the economy in a poll about top midterm issues, and President Biden saw another spike in his approval following recent legislative victories.

A new Wall Street Journal national poll suggests that Democrats are leading on the generic congressional ballot, with 47% saying that they would vote for a Democratic candidate if the election were held today, while Republicans lagged with 44% support.

The results show a major shift in voter direction over the past few months, after a March poll reported the GOP was leading by five percentage points.

President Biden received his best job approval ratings in months at 45% support among registered voters in the poll, although his disapproval rating of 55% still trumps those who favor him. Biden’s approval is up three percentage points since March, a number that might be attributed to his recent legislative wins.

Biden recently announced the student loan handout that, if put into effect, will cost the American taxpayers around $500 billion according to the Committee for a Responsible Federal Budget’s estimate. Biden also recently signed several major legislations into law, including the Manchin-Schumer climate, health care and taxation bill labeled the Inflation Reduction Act.

Although they were lagging on the generic congressional ballot, Republicans are leading in most categories when asked which party would better handle a list of issues the country is currently facing, including the economy and inflation, crime reduction, reducing the deficit, and securing the border, according to the poll.

DEMOCRATS MADE ABORTION THE CENTERPIECE OF MIDTERMS MESSAGE, BUT MANY WON’T EXPLAIN THEIR OWN POSITION

Democrats came out on top in their handling of abortion policy, lowering prescription drugs, and education.

When asked what the most important factor is when choosing a candidate to vote for this fall, the economy ranked the highest, receiving 16% of voter choice. Abortion came in at a close second, with 13% of registered voters feeling that it is the top midterm issue. Inflation was the main priority to 11% of Americans, while every other category received under 10% support.

The economy and abortion have been major midterm components over the past few months, after inflation hit a 40-year-high in June and the economy entered into a technical recession after the gross domestic product (GDP) dropped for a second consecutive quarter. Also in June, the Supreme Court overturned the Roe v. Wade decision after ruling that the right to abortion is unconstitutional and giving the power back to the states to place any restrictions on abortion.

Democrat candidates running in this year’s midterm elections have made clear their pro-abortion objectives, but refuse to explain further if they support any limitations, including un until the point of birth, partial-birth abortion, or gender selective abortion.

The Wall Street Journal survey was conducted August 17-25, 2022 with a margin of error of 2.7 percentage points.