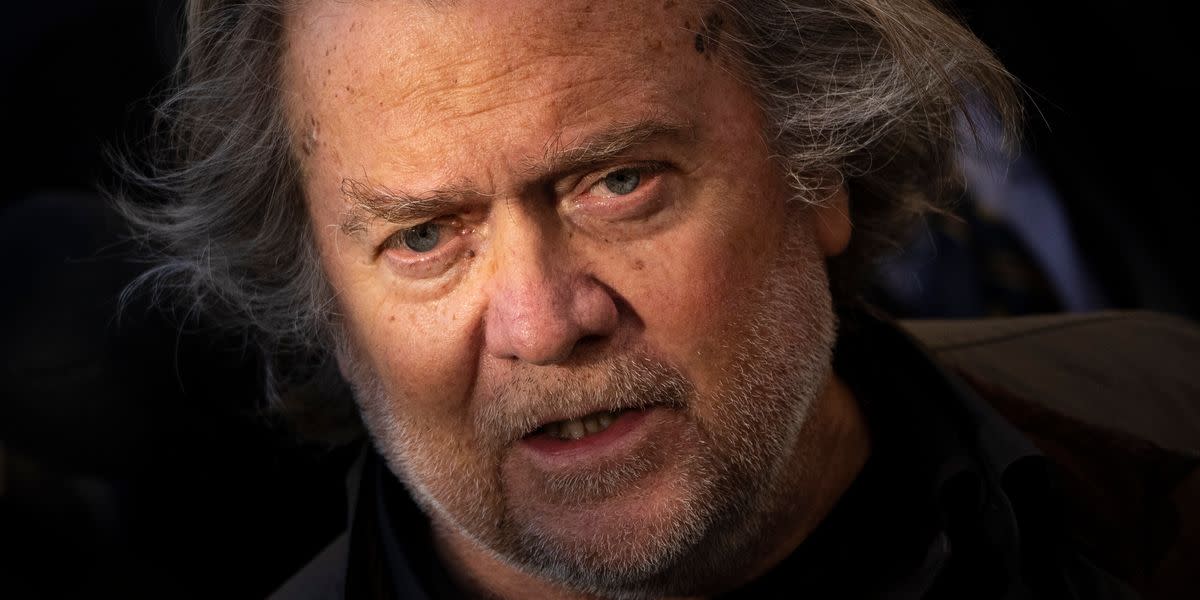 Heavily armed police officers swarmed former White House strategist Steve Bannon’s Washington home Friday in a so-called “swatting” attack after someone called in a false report of a man with a gun, The Washington Post reported.

The caller said the unidentified man had shot someone, according to the Post.

Police shut down streets to cut off the block where Bannon’s Capitol Hill row house is located, near the U.S. Capitol and the Supreme Court.

The alarm was lifted about an hour after the late-morning call, according to the Post.

A police spokesperson told the newspaper that the phone call appeared to be a “swatting” attack in which a false report triggers a startling law enforcement response.

Bannon told NBC News later as he was reentering his home that the police were “terrific.”

It wasn’t clear whether Bannon was at home when police first arrived, the Post noted.

Jeffery Carroll, an assistant District of Columbia police chief, told reporters that officers walked through Bannon’s home and spoke with those inside to make certain it was safe.

“They were a little bit shocked, but obviously they understood why we were there,” Carroll said.

Bannon, a Donald Trump acolyte who worked for him early in his administration as chief White House strategist, is mostly known now for his role as Capitol riot provocateur and for his incendiary “War Room” podcasts.

He is accused of scheming with other Trump allies to overthrow the 2020 presidential election. He reportedly urged that the Biden presidency be killed “in the crib.”

On his “War Room” podcast the day before the Jan. 6, 2021, attack on Congress, he told his listeners: “All I can say is, strap in …. You made this happen, and tomorrow it’s game day. So strap in. Let’s get ready …. It’s all converging, and now we’re on the point of attack tomorrow.”

Bannon is currently under indictment on two counts of criminal contempt of Congress for ignoring a subpoena from the House select committee investigating the Jan. 6 Capitol assault. His trial is scheduled to get underway July 18.

Robert Costello, a lawyer for Bannon, is now seeking to end his representation of him, citing the possibility of being called as a witness at the trial, according to a court document on Friday, Reuters reported.

“Since it appears there will be a trial, and since it appears that at this point in time I might be called as a witness, I must reluctantly ask the Court to grant my request” asking to withdraw as trial counsel,Costello wrote in the filing with the U.S. District Court for the District of Columbia.

The Post also reported on Friday that Trump is considering “waiving” executive privilege for Bannon so he can testify before the Jan. 6 panel, according to sources.

Executive privilege is not Trump’s to waive, however, because he is no longer the “executive.” President Joe Biden has already determined that people being investigated in the Jan. 6 insurrection are not shielded by executive privilege.

In addition, crimes are not protected by executive privilege, and Bannon was a private citizen on Jan. 6, 2021.