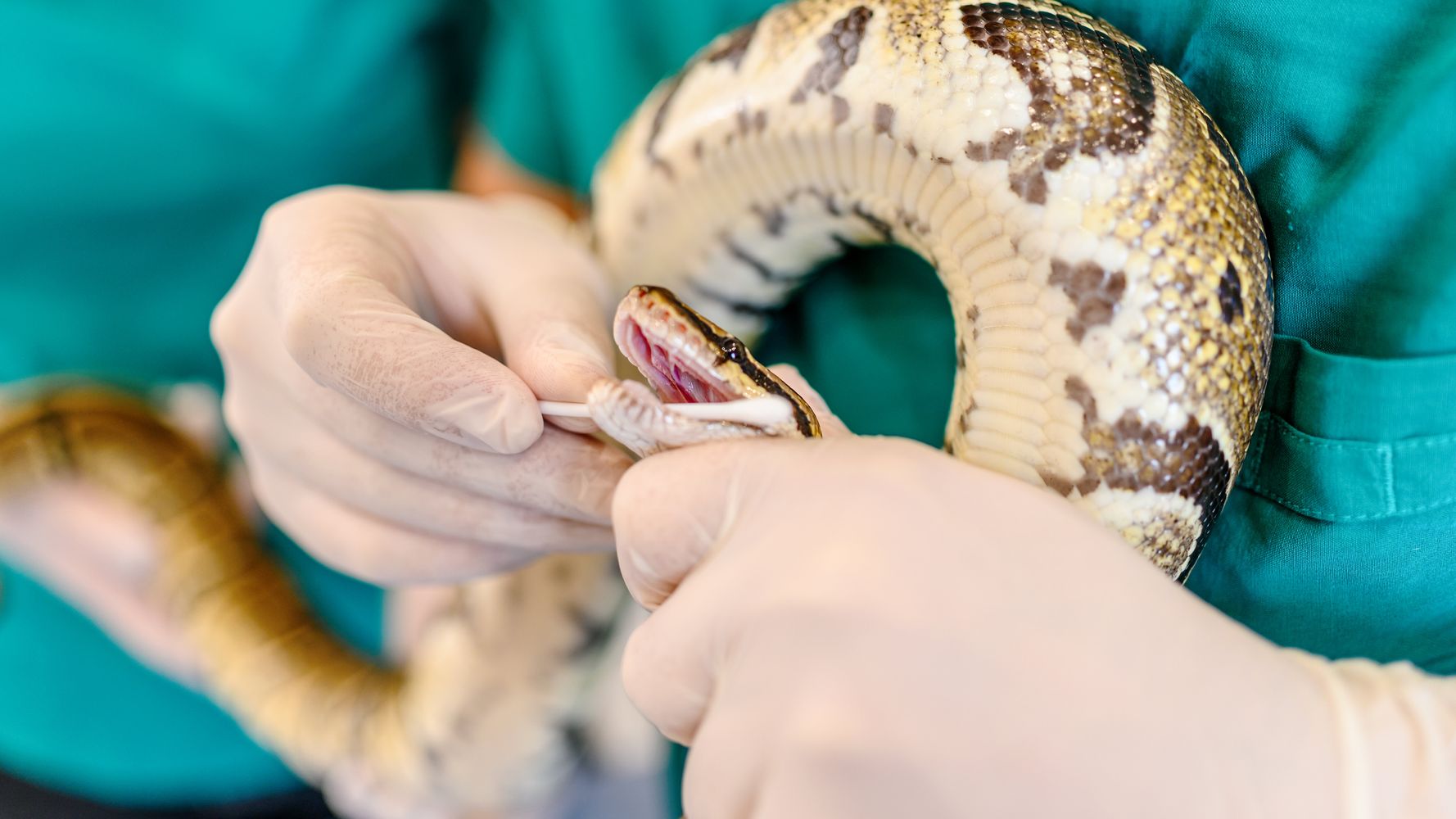 A Pennsylvania snake-lover barely dodged death earlier this week when his 15-foot-long pet wrapped itself around his neck.

Police and paramedics rushed to a home in Fogelsville, outside Allentown, on Wednesday, responding to reports of a man in cardiac arrest. They discovered the man unconscious on the floor of his home with the snake around his neck, Lt. Peter Nickischer of the Upper Macungie Township Police Department told WPVI-TV in Philadelphia.

It was a “very large, very thick” snake — and its eyes were on the police officers, Nickischer said. They didn’t know what kind of snake it was.

One officer managed to shoot the snake in the head without injuring its owner. The reptile slithered away, and its owner was pulled to safety.

“It eventually just expired,” he told The Washington Post. “One of the officers described it as ‘right out of a horror movie.’”

The man, whom the officers did not identify, was taken to a hospital. His condition was not known. He was still hospitalized as of Thursday.

Neighbors said they have frequently seen the man in his front yard holding a snake, and they’ve seen a number of snakes through the window.

“They went in, they saw an opportunity to save a man, and they showed a lot of bravery,” he told the Post.