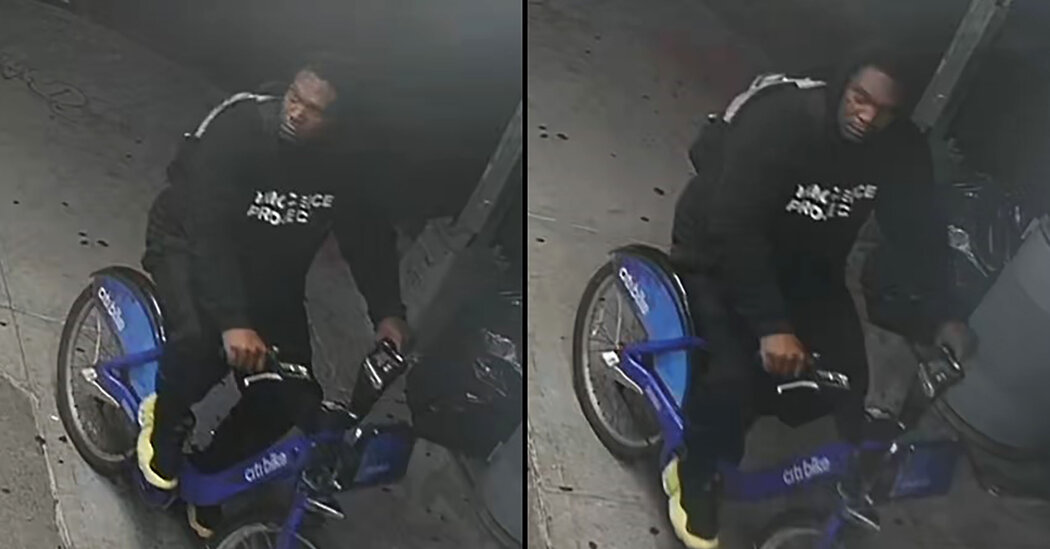 The first man was fatally stabbed in the abdomen as he slept on a bench in the West Village in Manhattan. The second was wounded as he lay on a bench in East Midtown. The third was attacked while sleeping in a playground on the Upper East Side.

The police believe all of the attacks, which occurred in the span of a week, were connected. They released images of a man they are hoping to question about them Monday night and asked for help in identifying him.

The first attack took place on July 5. The victim, a 34-year-old man, was lying on a bench on the Hudson River Park walkway near West 11th Street at about 3 a.m. when an assailant displayed a sharp object and stabbed him once in the upper abdomen, the police said. The man was taken to Bellevue Hospital in Manhattan, where he was pronounced dead.

The second victim, a 59-year-old man, was lying on a bench at Madison Avenue and East 49th Street days later, on Friday at around 11 p.m., when an attacker stabbed him in the abdomen, officials said. The third victim, a 28-year-old man, was lying inside a park near East 96th Street and Franklin D. Roosevelt Drive in the early morning hours of Monday when he was stabbed in the abdomen. Both men were hospitalized in stable condition.

The mayor has pitched the effort as one that will help homeless people stay safe, but many say that they feel safer on the streets and that the sweeps merely chase them from place to place and destroy their possessions.

As of June 1, crews had cleared encampments about 1,100 times since the effort began in late March, the city said.