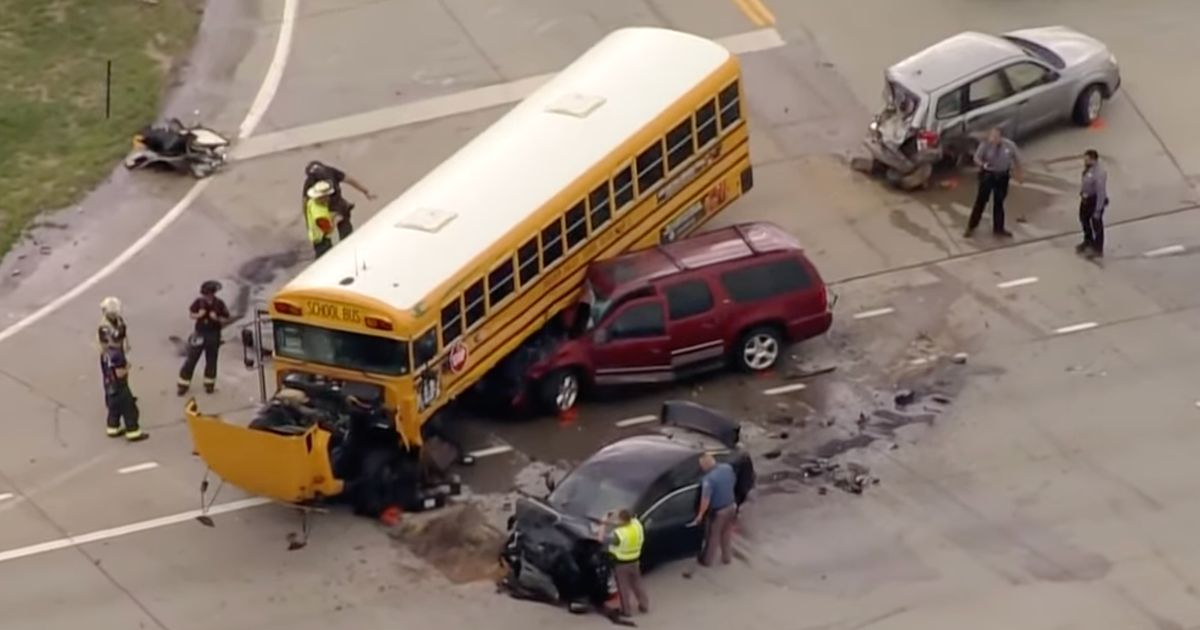 An underaged driver is reportedly responsible for a major car wreck in Colorado Friday.

The initial investigation by Colorado State Patrol found that a 13-year-old girl took her parents’ Chevy Suburban without their knowledge and caused a four-vehicle crash, which involved a school bus, in eastern Boulder County, CBS Colorado reported.

The bus had just started its route and one student was on board at the time of the crash, but wasn’t hurt, the news channel reported.

Four people were transported to a local hospital with no major injuries. KUSA 9 reported that a 66-year-old man involved in the wreck did have moderate injuries.

Authorities say the girl was released to her parents and will be cited.