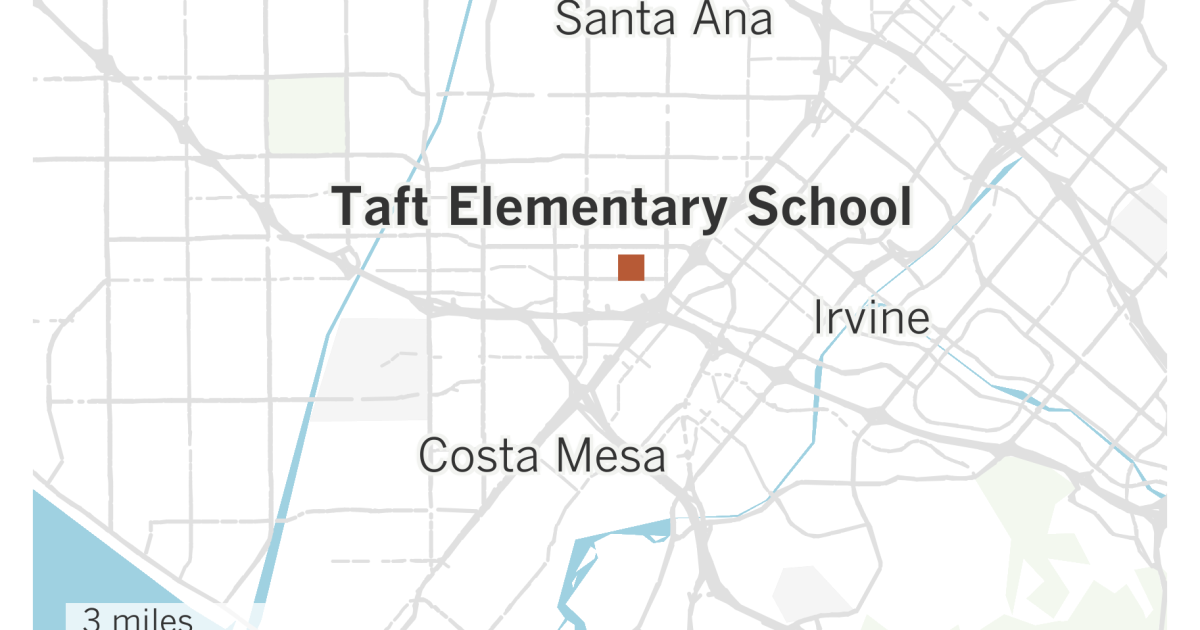 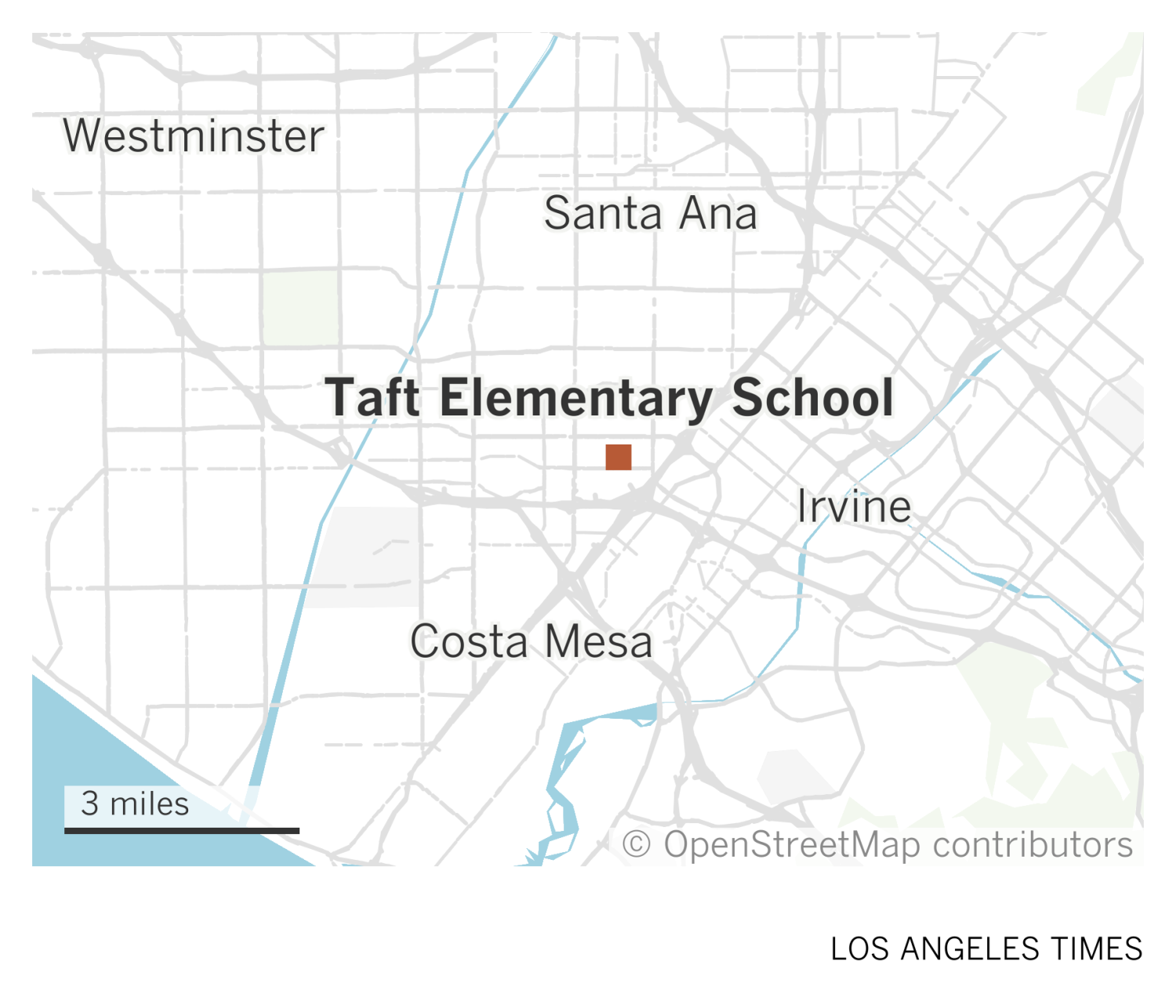 The incident was reported around 8:30 a.m. when a vehicle struck a boy and two girls, all under 12 years old, on a sidewalk near Taft Elementary School.

The vehicle continued to drive a short distance before it hit a parked car and came to a stop, officials said.

Police found the 26-year-old male driver with a possibly self-inflicted stab wound, said Santa Ana Police Officer Maria Lopez. He was taken to a hospital and was expected to be booked into jail after he is released.

Home security footage obtained by KTLA-TV Channel 5 shows a red sedan driving along a roadway when it skids to a near stop in the middle of the road before it accelerates toward the sidewalk and out of view.

People can be heard yelling as other vehicles stop in the roadway and drivers rush off-camera.

Isaias Vazquez, whose home security camera caught the footage, told KTLA that he saw one child lying on the ground, unconscious, before coming to a short a time later.

“As I go to tend to them, parents are just distraught, screaming,” Vazquez said.

The three children were taken to a hospital and were stable Monday afternoon, Lopez said.

Vazquez said he saw the driver exit the vehicle with a knife, then return to the car. He described the man as looking “out of it.”

Officers searched the vehicle and found an “incendiary device,” then requested the help of the Orange County bomb squad, Lopez said.

The bomb squad continued to search the vehicle and found three additional devices.

Lopez did not have additional details regarding the devices as of Monday afternoon.

During the investigation, police found that the driver of the vehicle had reportedly trespassed at Taft Elementary before the crash and asked to use the restroom but was turned away by school personnel.

It did not appear that the man had a stab wound when he entered the school, Lopez said.