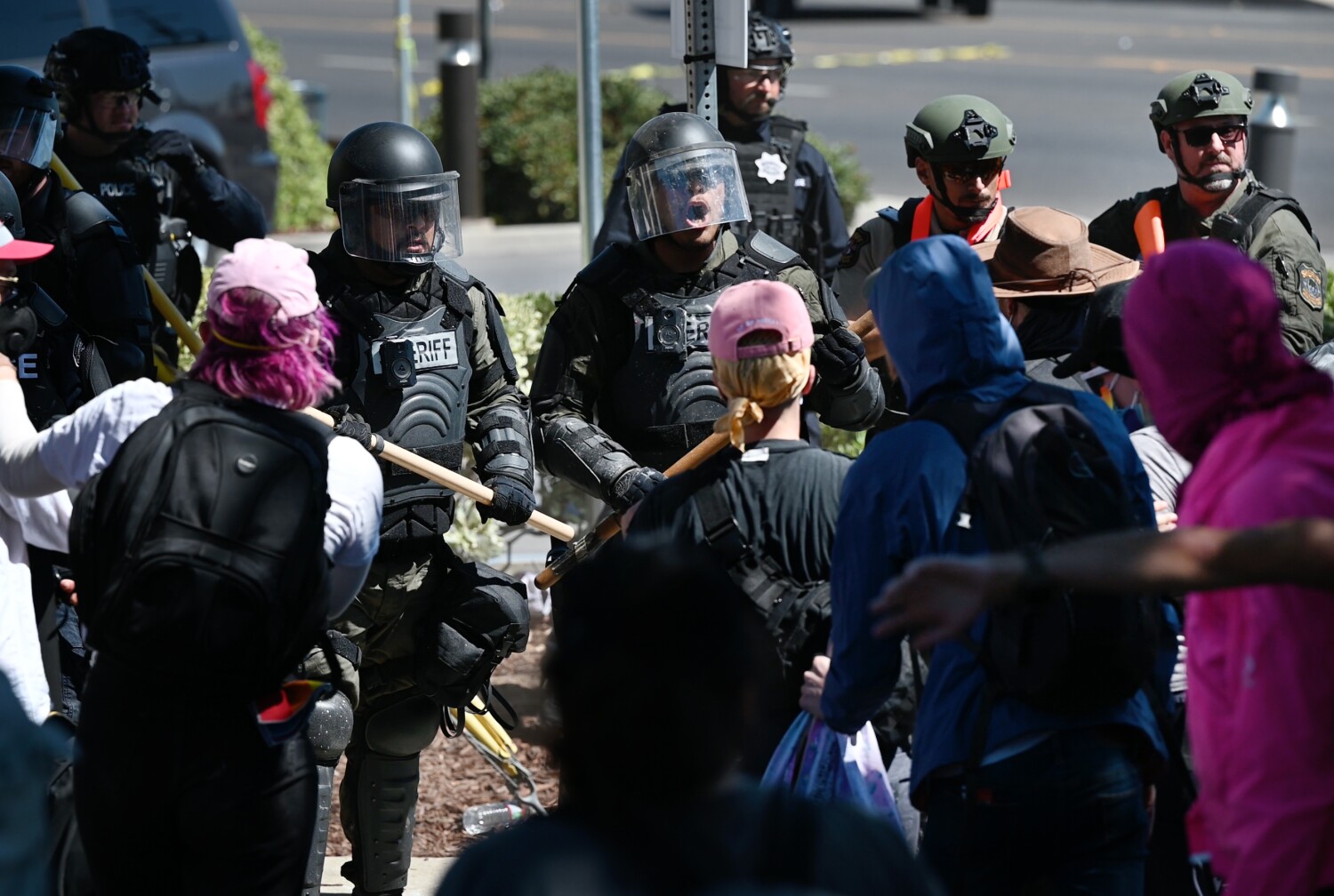 Three people were arrested in Modesto on Saturday after counterprotesters descended on a planned “straight pride” event outside a Planned Parenthood facility, police said.

Objects were thrown from the crowds and a fire was started, which prompted an order by police to disperse, authorities said.

The three people were arrested for failure to disperse, said Sharon Bear, public information officer for the Modesto Police Department.

In all, about 250 people gathered for the “straight pride” event and counterdemonstration, Bear said.

The scheduled event didn’t take place because the counterprotesters arrived before it could start, she said.