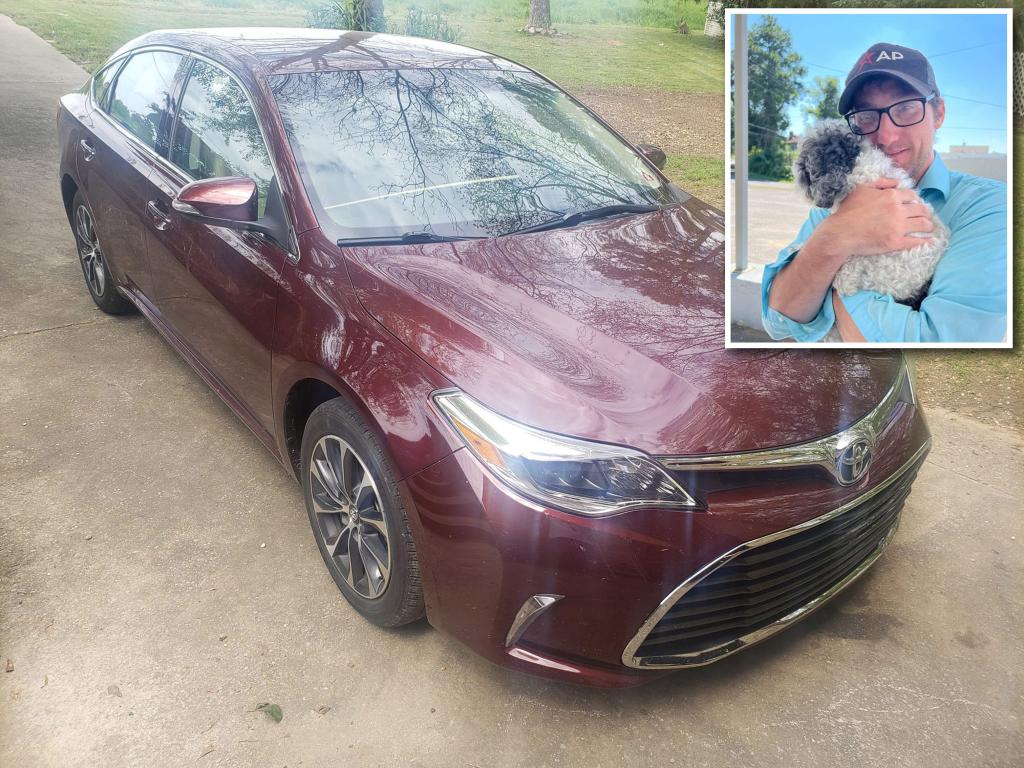 An Alabama man has been reunited with his four-legged best friend after his car was hijacked.

Phillip Lewis of Cullman County was held at gunpoint on Aug. 28 while he was pumping gas at Dodge City’s Chevron gas station.

On a phone call with Fox News Digital as he recounted what happened, Lewis said he was forced to surrender his keys to the group of robbers, including a woman — who then drove away with his vehicle.

“She said, ‘I’m not playing,’ and pointed the gun at my head,” he said, referencing the individual he interacted with during the incident.

“And at that point, I handed her the keys.”

As the perpetrators peeled off, Lewis realized that his five-year-old Shih Tzu-poodle mix named Little Dude was still in the car.

“She had the jump on me, so I feel like there’s not much I could’ve done.”

Lewis immediately took to Facebook to spread the word about the incident, pleading for the public to keep an eye out for Little Dude.

He also involved the animal rescue and charity organizations Two by Two Rescue and Croonin’ for Critters — which donated to the $2,000 reward that was offered for the dog’s safe return.

Two weeks later, on Sept. 11, 2022, Lewis received a tip from an anonymous source that a neighbor had come home with a dog a few days before that looked just like Little Dude.

After Lewis shared the tip with investigators, the Cullman County and Jefferson County Sheriff’s Departments teamed up to locate the dog — and reunited him with Lewis.

“My initial thought was the robber probably liked him and wanted to keep him,” he laughed.

Ultimately, the great “power of social media” reunited the Alabama-bred duo, which Lewis said would not have happened without all the “extra eyes” on the case.

Lewis celebrated the return of Little Dude, saying the dog was “so excited” to finally be home.

“His little tail was just a-waggin’,” he said.

Lewis had rescued Little Dude as a small puppy after the animal had wandered onto his property with no sign of belonging to any previous owners.

After nursing the dog back to health, Lewis said he and Little Dude have been “best friends ever since.”

“He stole my heart the day we met.”

Lewis, who suffers from adult-onset asthma, said Little Dude saved his life on one occasion.

“There was one evening before I was diagnosed that I hyperventilated and passed out — and he licked me until I was able to wake up and call for help,” he said.

Lewis is currently enrolled in the mechatronics program at Wallace State Community College and said he plans to “keep on living life” alongside his “little adventure buddy.”

The perpetrators of the carjacking have not been caught as of yet, but Lewis said they will be facing a “list of charges.”

The police did recover the car but are still working on the case. There are many unanswered questions, including how and when Little Dude was released by the carjackers or escaped.

Lewis said he hopes “the investigators can track down who did this and get them off the street before they do it again,” he said.