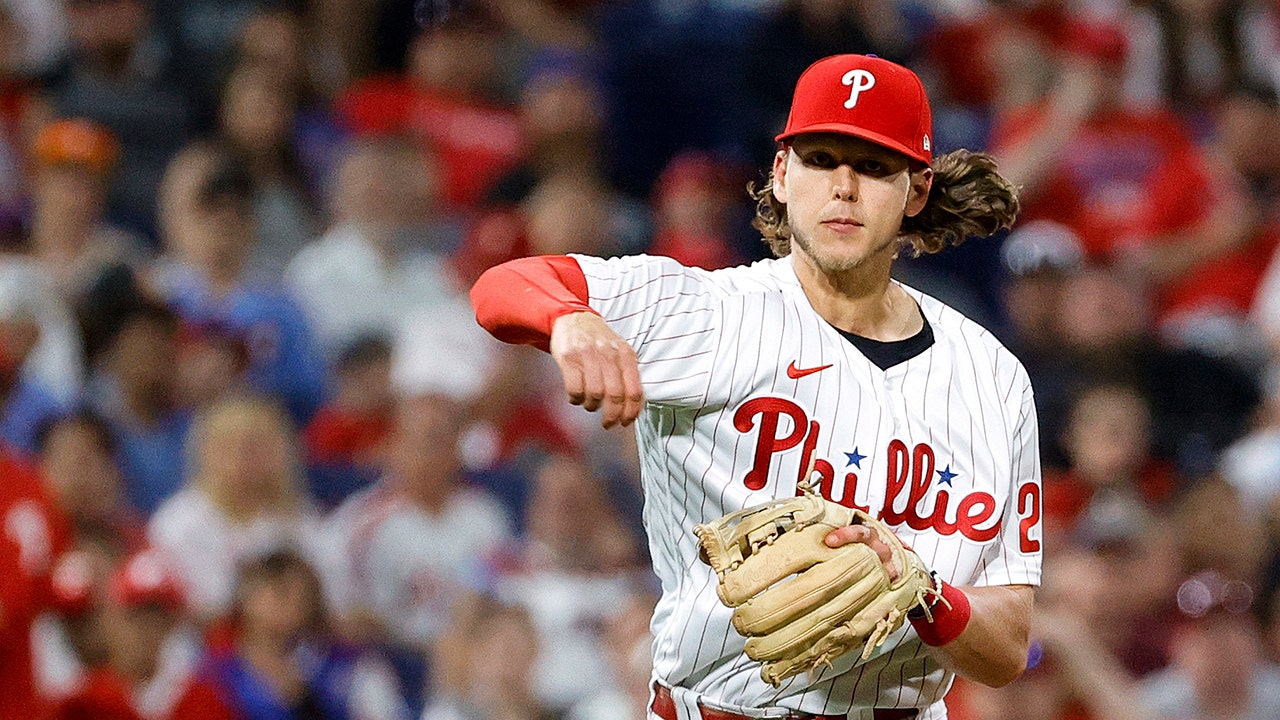 Philadelphia Phillies third baseman Alec Bohm accidentally bloodied himself while taking out his frustrations on his bat in the dugout during the team’s 7-2 win over the Los Angeles Angels Saturday.

Bohm finished the night 0 for 4 with two strikeouts and saw his batting average dip to .251. The Phillies went up 2-0 in the first inning, but when Bohm struck out, he was miffed.

Alec Bohm of the Philadelphia Phillies, left, and Luis Rengifo of the Los Angeles Angels speak during the second inning at Citizens Bank Park June 3, 2022, in Philadelphia.
(Tim Nwachukwu/Getty Images)

Philadelphia scored three runs after that and finished with the five-run victory over Los Angeles. Blood was seen streaming down Bohm’s neck after the mishap.

“That’s a situation there where you don’t want to see a guy get hurt, but guys do get frustrated and bang the bat rack every once in a while.”

Philadelphia moved to 2-0 under Thomson with the victory. Thomson became manger when the Phillies fired Joe Girardi after going 22-29 to start the season.

Alec Bohm of the Philadelphia Phillies in action during a game against the San Francisco Giants at Citizens Bank Park May 31, 2022, in Philadelphia.
(Rich Schultz/Getty Images)

Thomson said he received about 350 text messages after his first win since being promoted from bench coach.

“I’m still preparing certain things that I need during the game, but there’s less of that, and it’s more about being with the players, communicating with them,” he said.

Alec Bohm of the Philadelphia Phillies throws to first base during the seventh inning against the Los Angeles Angels at Citizens Bank Park June 4, 2022, in Philadelphia.
(Tim Nwachukwu/Getty Images)

Los Angeles had dropped 10 straight with its latest loss to Philly Saturday. The Angels have lost 14 of their last 17 games.