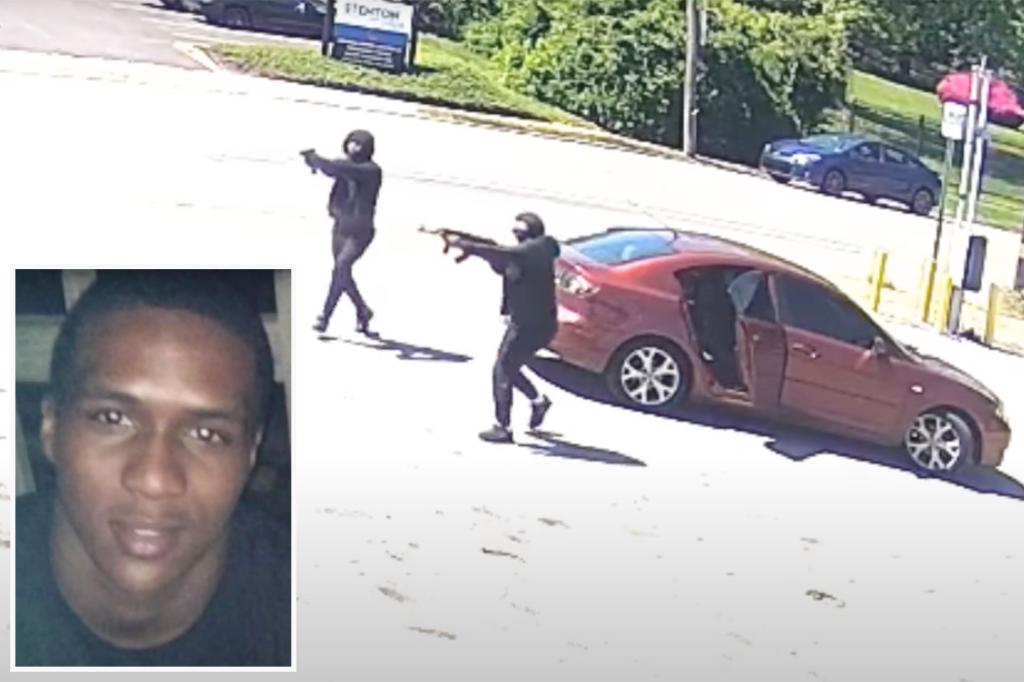 Two killers dressed in all black fatally shot the victim in broad daylight at a Gulf Station in North Philly on Monday, authorities said.

Video released by Philadelphia police shows the suspects pulling into the gas station in a maroon Mazda 3 with New Jersey plates at about 2:30 p.m. before parking in the corner of the lot.

The assailants, who were also wearing masks and hoods, then darted out of the car and ran towards their target as one brandished an assault rifle and the other wielded a handgun, video showed.

The suspects fired multiple times at the victim, identified by Fox Philadelphia as 30-year-old Brandon Dixon.

The attackers then raced towards the idling vehicle and dashed into the backseat before their getaway driver made a wild turn and hightailed it, footage showed.

Dixon, a father of a 5-year-old girl, died at a hospital, according to the station.

“I don’t know who’s raising these children, but they don’t care. They have no empathy,” Dixon’s mother Lisa reportedly said.

“They have nothing in them. They don’t care and they took my baby’s life.”