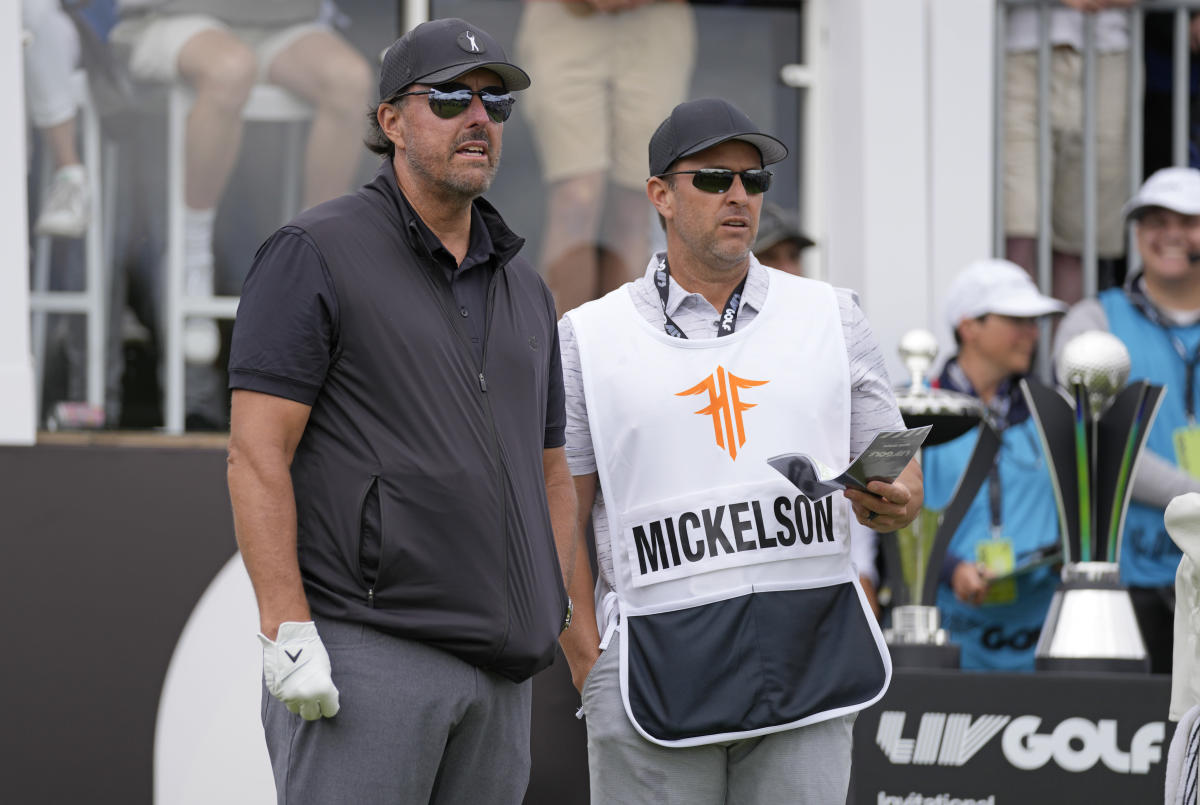 Dustin Johnson, Phil Mickelson and other PGA Tour members who teed off in the Saudi-funded golf league Thursday are no longer eligible for PGA Tour events under penalties Commissioner Jay Monahan shared soon after the first tee shot was struck.

Still to be determined is whether those players are ever welcome back.

The ban includes participation in the Presidents Cup, which would involve the South African trio of Louis Oosthuizen, Charl Schwartzel and Branden Grace.

The USGA already has said eligible players can still compete in the U.S. Open next week. The PGA Tour does not run the majors.

In a memo sent to tour members, Monahan said that even if players resigned from the tour ahead of the first LIV Golf Invitational outside London, they will not be allowed to play PGA Tour events as a nonmember by getting a sponsor exemption.

Nine players have resigned from the PGA Tour, a list that includes Johnson and Sergio Garcia. Mickelson, who earned lifetime membership with his 45 PGA Tour titles, has not.

“These players have made their choice for their own financial-based reasons,” Monahan wrote. “But they can’t demand the same PGA Tour membership benefits, considerations, opportunities and platform as you. The expectation disrespects you, our fans and our partners.”

At issue is players competing without a conflicting event release from the PGA Tour. Players typically receive three such releases a year, but Monahan denied releases for the LIV Golf Invitational because it is an eight-tournament series that has five events in the United States.

The tour does not allow releases for events in North America.

“We have followed the tournament regulations from start to finish in responding to those players who have decided to turn their backs on the PGA Tour by willfully violating a regulation,” he wrote.