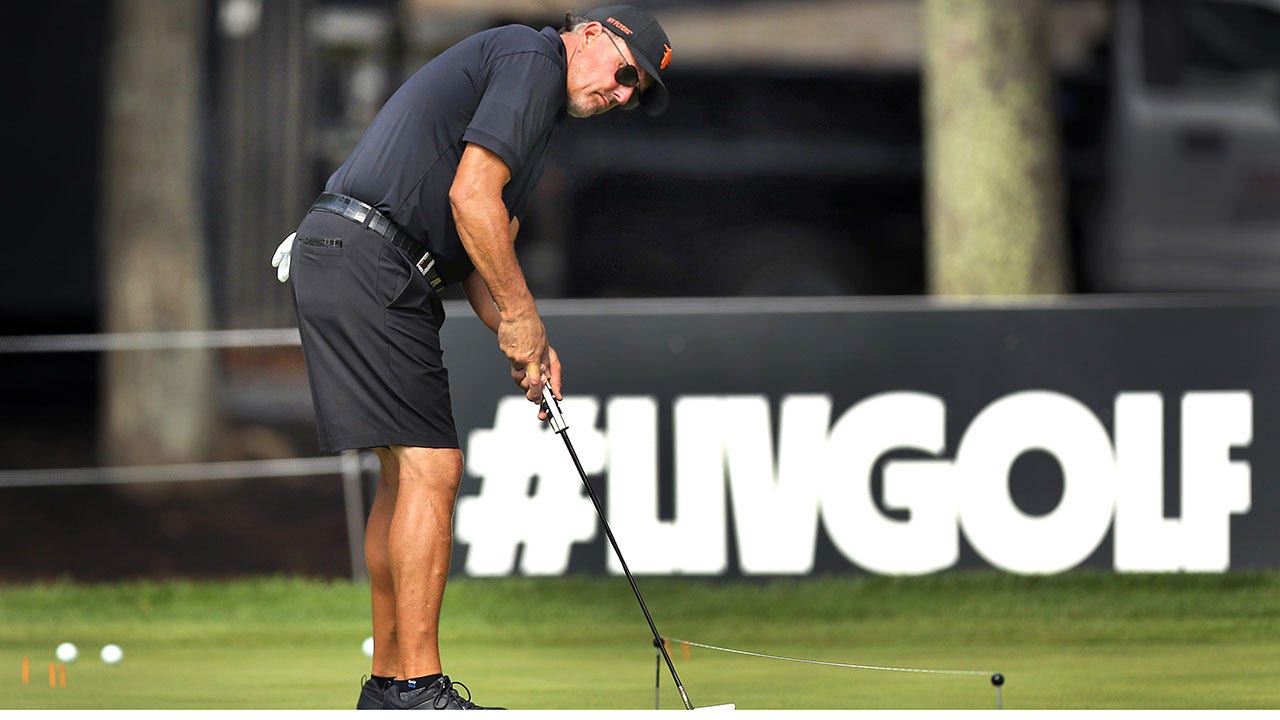 The PGA Tour is extending its ban of LIV Golfers as it released a memo telling those that left to join the Saudi-backed group that membership “cannot and will not be renewed.”

The memo was delivered to players by letter, reports Sports Illustrated.

“The Tour cannot enter into a membership agreement with a player when, as here, it reasonably anticipates the player will not perform the material obligations under that agreement,” the letter read. “Accordingly, your PGA Tour membership cannot and will not be renewed for the 2022-2023 PGA Tour season.

Cameron Smith during a practice round prior to the LIV Golf Invitational – Boston at The Oaks on Aug. 31, 2022, in Bolton, Massachusetts.
(Jonathan Ferrey/LIV Golf/via Getty Images)

LIV Golf joined an antitrust lawsuit against the PGA Tour that was initially filed by a few LIV golfers. Pat Perez, Carlos Oritiz, Abraham Ancer and Jason Kokrak were among those golfers, but they dropped their lawsuits against the Tour.

Phil Mickelson was among those that filed the lawsuit in August claiming their suspensions from the Tour were aimed at hurting their careers. Others filed a temporary restraining order to compete in the FedEx Cup, which they claim they qualified for prior to joining LIV Golf. A federal judge in California denied that injunction.

LIV GOLF’S PAT PEREZ DROPS OUT OF LAWSUIT:’I HAVE NO ILL FEELINGS TOWARD THE PGA TOUR OR ANY OF THE PLAYERS’

In their addition to the lawsuit, LIV Golf said the “Tour forced it to raise its costs in order to be able to sign players and that it kept it from recruiting others over the threat of facing punishment.”

LIV Golf says that without a fair ruling, its “ability to maintain a meaningful competitive presence in the markets will be destroyed.”

This all comes as LIV Golf is playing their first event in the U.S. at Boston this weekend. Next weekend both LIV Golf and PGA Tour golfers will be playing in the same BMW PGA Championship in London, to which guys like Rory McIlroy weren’t pleased.

“I hate what it’s doing to the game of golf,” McIlroy said recently about LIV Golf. “I hate it. I really do. Like it’s going to be hard for me to stomach going to Wentworth in a couple of weeks’ time and seeing 18 of them there. That just doesn’t sit right with me.”

Phil Mickelson plays his shot prior to the LIV Golf Invitational – Boston on Sept. 1, 2022, in Bolton, Massachusetts.
(Jonathan Ferrey/LIV Golf via Getty Images)

The PGA Tour made significant changes to their format moving forward into next year, including making top players commit to at least 20 events prior to the start of the new season. They will also have 12 “elevated events” that aim to create larger purses considering golfers are leaving the PGA Tour for LIV Golf’s guaranteed millions.

The PGA Tour will also be launching an “earnings assurance program,” which will play a “league minimum of $500,000 per player” guaranteed. It will be awarded to fully exempt members who participate in at least 15 events.