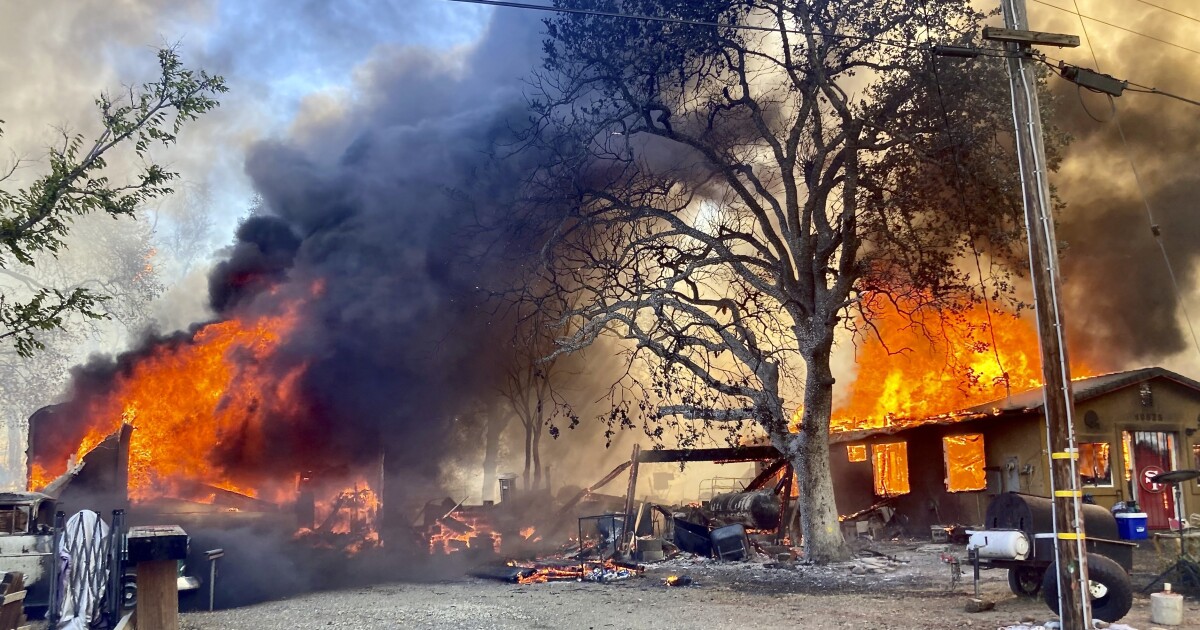 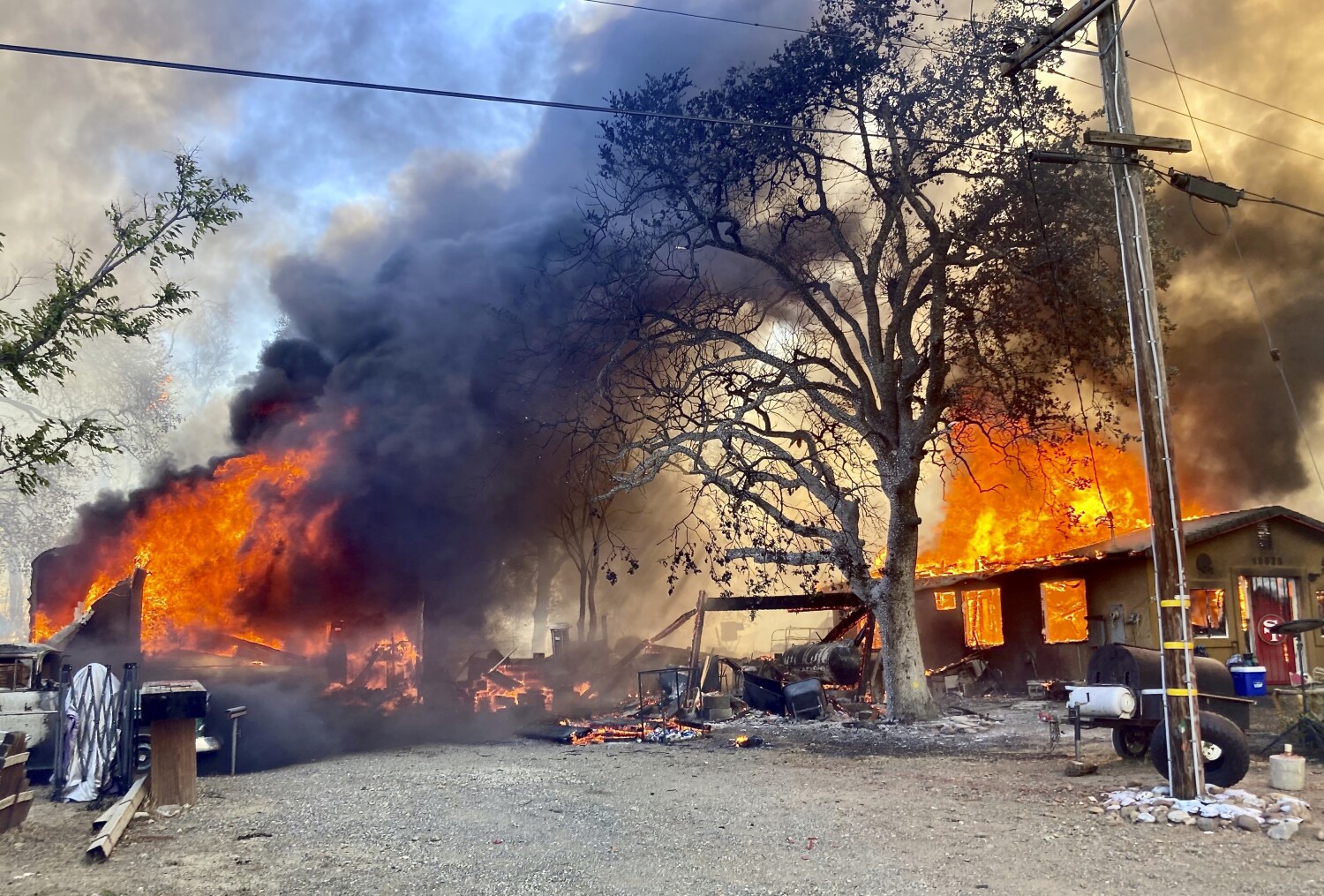 A fast-moving wildfire in Shasta County burned over 300 acres and destroyed several homes after the blaze first flared up Thursday afternoon.

Evacuation orders remain in effect for residents near the Northern California city of Anderson, just south of Redding. As of Friday morning, the Peter fire had burned 304 acres and was 35% contained, California Department of Forestry and Fire Protection spokesperson Cheryl Buliavac said.

Twelve structures have been destroyed in the blaze, although authorities have not confirmed how many of those were residences. Photographs show at least one home in flames, and a local newspaper reported at least three houses were destroyed.

Firefighters first responded to the fire burning on Peter Pan Gulch and Olinda roads west of the city of Anderson just before 3 p.m. Thursday.

“The tortoises are safe right now,” Hoffman said. “Lots of people threw tortoises in their cars, and we don’t know where half of them are yet. We are still trying to sort out who is who and where we can put them.”

Hoffman shared images of the reptiles covered in bright pink fire retardant dropped by aircraft and other images of scorched pens where they once lived.

The cause of the fire is under investigation, Cal Fire said.