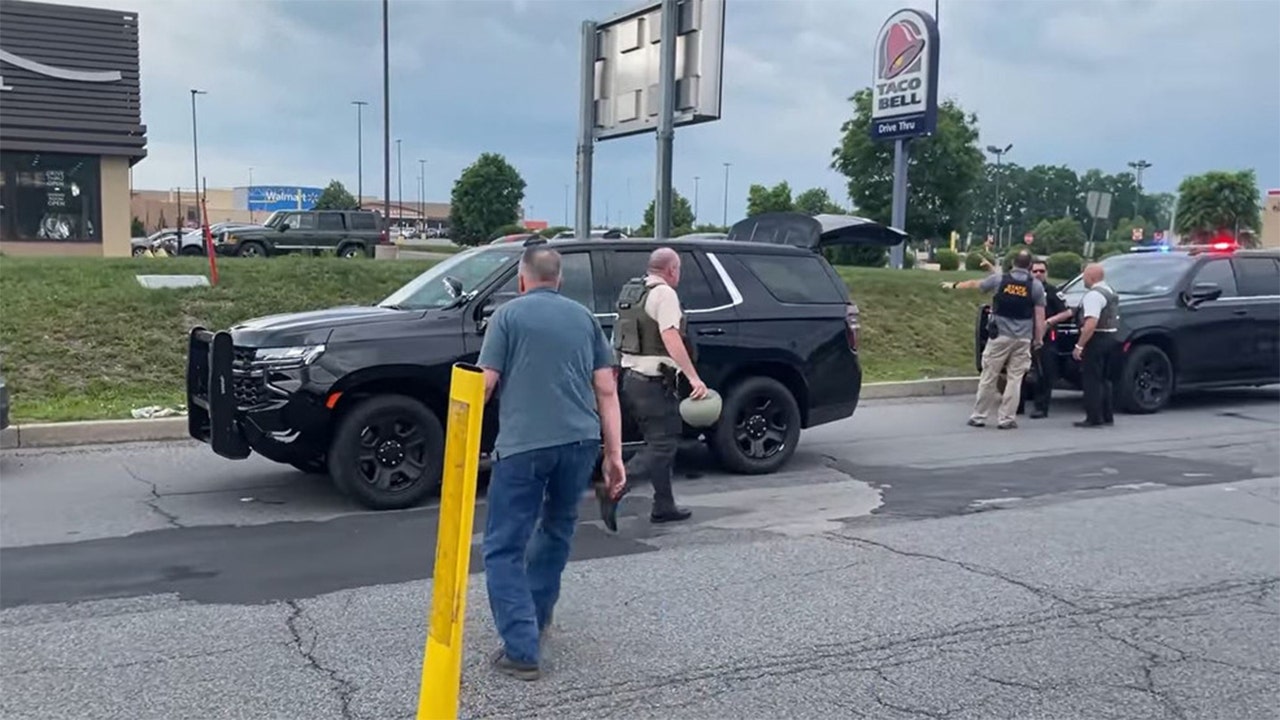 Police in Pittston Township, Pennsylvania are responding to an active shooter situation near a Walmart Supercenter, according to local reports.

At least one person was shot outside the store, which is off State Route 315.

Police responding to a shooting near a Walmart Supercenter in Pittston, Pennsylvania.
(WOLF-TV)

The suspect remains at large, FOX 56 reported. Officials described the suspect as a Black man with dreadlocks, wearing a blue shirt with white lettering.

Traffic in the area was shut down while authorities responded to the scene. Motorists were told to avoid the area, The Times Leader reported. A witness told the paper that they saw an injured person being taken from a nail salon.

No further details were released.

Pittston Township is a small town in northwestern Pennsylvania, about 130 miles from New York City.