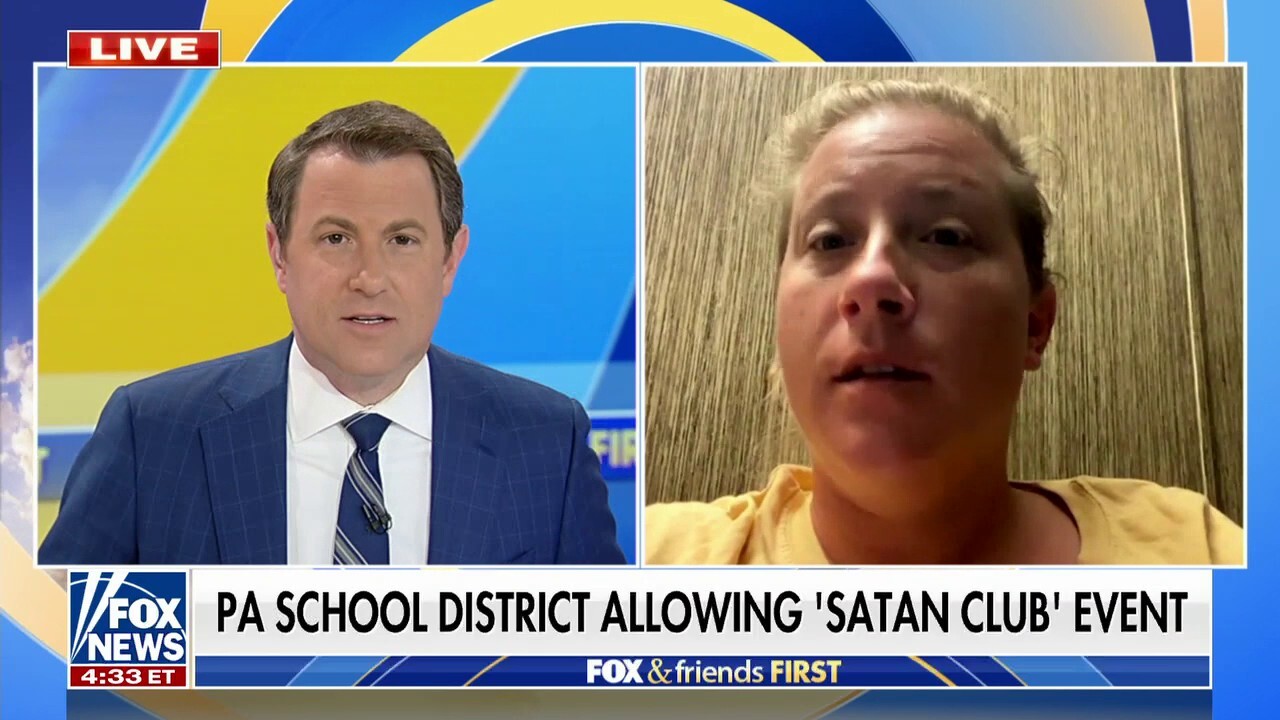 Pennsylvania parents are outraged after a school district allowed a “Satanic Club” event amid back to school festivities as students return to the classroom this fall.

“If they do a Bible study, the church has to pay to bus the students off of school grounds, and then they bring the students back,” Crider told co-host Todd Piro. “We send our kids to school to get an education. Anything beyond that is home life or in your community.”

“It doesn’t matter what any child believes, or their family believes… this is public school,” she continued. “We send our children to school to get an education, not for all this other stuff that is meant for outside of school.”

Crider said many students are “not okay” with the district allowing the Satanic Temple event, and those advocating for the event are not members of the school district.

She also mentioned she was even silenced when trying to sound the alarm during a school board meeting.

“They cut my mic off, I was mad,” Crider said. “They shut my mic off… They don’t address anything at those meetings… They’re just here like they’re to listen to everybody… so nothing’s ever addressed.”

FILE: The Baphomet statue is seen in the conversion room at the Satanic Temple where a “Hell House” is being held in Salem, Massachusett on October 8, 2019.
(JOSEPH PREZIOSO/AFP via Getty Images)

“People that were there for the Satanic Club, like I said, they couldn’t even talk during that meeting because they’re not in the community,” she continued.

The co-founder of the Satanic Temple, Lucian Graves, released a statement defending the event despite widespread backlash.

“We don’t decry or begrudge anybody having a prayer event or anything like that,” Graves’s statement read. “It does become a problem, a serious problem when you allow a back to school prayer event, but you don’t allow any other religious representation.”

The Northern York County School District also responded to the community’s outrage saying, “As a public school district, the use of our school facilities must be permitted without discrimination. We cannot and do not arbitrarily pick and choose which organizations may or may not use our facilities. If we allow one organization, we must allow all organizations.”

“In approving any request, the school district does not endorse the activity of any outside organization that rents our facilities,” the statement continued. “Nor are these entities permitted to use the school district’s name or logo.”