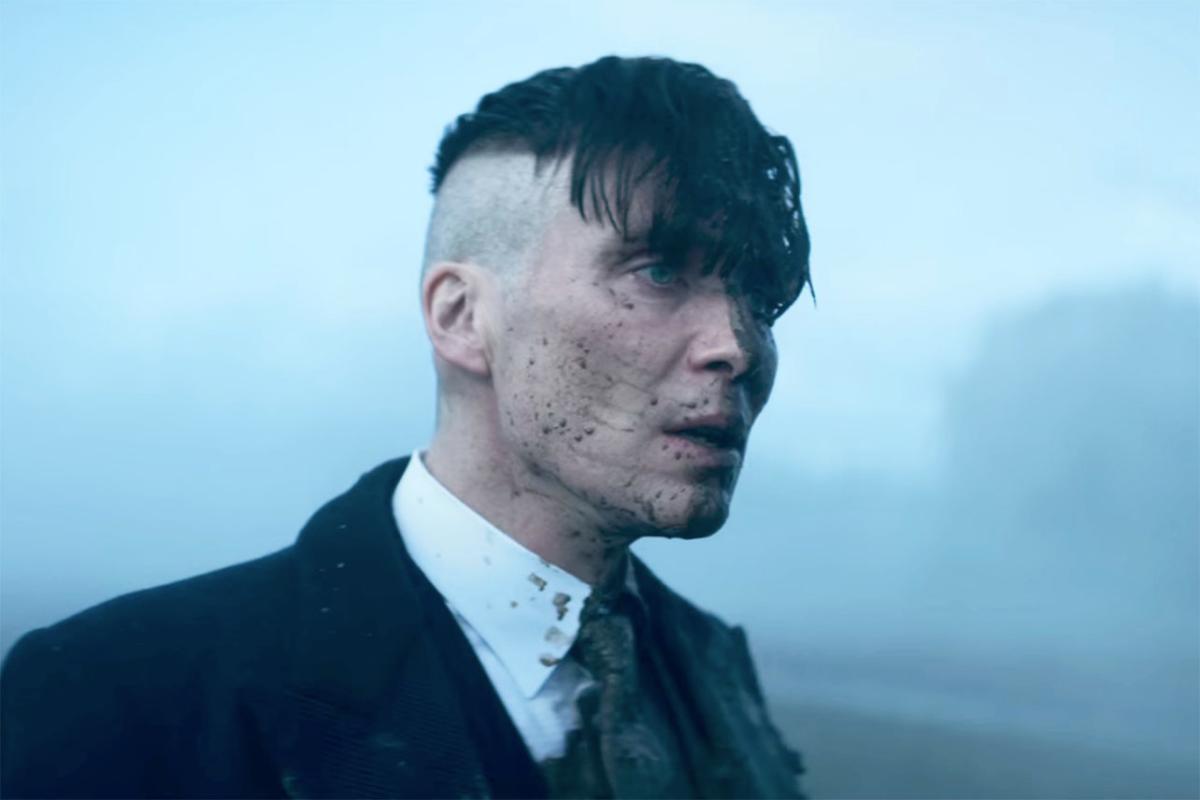 It’s a tale that takes place in Great Britain decades in the past. It’s about smartly dressed working class kids who drink and fight and shag and do copious amounts of drugs, thumbing their nose at the pretensions of the upper crust and reveling in the chaos. No, I’m not talking about the new Sex Pistols bio-dramady Pistol, though that’s cool, too. I’m talking about PEAKY BLINDERS, whose sixth and final season premieres today on Netflix.

Over the past five seasons, Peaky Blinders has vacillated between being a stylized period-noir (season 1), a blood-soaked pulp-epic (seasons 2 and 4), and a British historical drama (seasons 3 and 5). The costume and set design are impeccable, the soundtrack’s hip and unpredictable, and the acting ranges from good to great. Are there fakakta plot twists that make no rational sense? Why yes, yes there are. Do they egregiously rewrite historical events? Well, yeah, they do that too. Do we care? Not really.

Before we move forward, there’s A LOT to catch up on. It’s been nine years since the show’s 2013 premiere on BBC Two and almost three years since Season 5 wrapped up in the fall of 2019. Shooting of Season 6 was put on hold in March 2020 due the COVID-19 pandemic. When filming resumed, it was almost completely derailed by the loss of actor Helen McCrory, who died from breast cancer in April 2021. Her character, Aunt Polly, was one of Peaky Blinders’ main characters and her death necessitated changes to the storyline and scenes to be re-shot.

When last we saw Peaky Blinders gang leader Tommy Shelby, played by Cillian Murphy, he was pressing a gun to his head and screaming into the abyss, having been outsmarted by some unknown foe. Over the years the Shelby crime family have vanquished Birmingham rivals, London gangsters, interloping American Mafiosos, crooked cops and at least one pedophile priest. However, Tommy’s plans to assassinate his Season 5 nemesis, British fascist leader Oswald Mosley, went tits up quicker than a toot of coke snorted by one of his crew.

The click of an empty gun barrel starts off Episode 601, titled “Black Day.” Haunted by visions of his dead first wife Grace and the unknown “man I can’t defeat,” Tommy pulls the trigger only to find Arthur removed the bullets from his gun and ignominiously plops face down in the mud. Still-very much alive second wife Lizzie finds him wallowing in the dirt, calls him a coward and gives him the bullets should he want to finish the job, which is…hurtful.

We learn the Mosley assasination plot was ruined by the fookin’ I.R.A. after Tommy receives a call from femme fatale Captain Swing, who we last saw in Season 5, Episode 2 (yeah, I forgot about her too). “We need to keep Mr. Mosley alive. That’s all you need to know,” she says mysteriously but they were nice enough to bring back the bodies of the dead, which includes Aberama Gold (Aidan Gillen) and Aunt Polly, who is given a proper Gypsy funeral, which apparently means being set on fire in your caravan. Her son, Michael Gray (Finn Cole), blames Tommy for her death and pledges revenge.

Big text in all caps tells us it’s now “FOUR YEARS LATER” on “MIQUELON ISLAND.” Where the fook is that? Oh, it’s in “NEWFOUNDLAND, FRENCH TERRITORY,” the text explains. A newly sober Tommy prepares to meet up with Michael and his gang, but not before he beats up a couple surly Frenchman and shoots a pigeon.

Tommy says Prohibition is coming to an end and it’s time to diversify, and by diversify he means OPIUM. Michael now works for his wife’s uncle, who’s repeatedly referred to as a South Boston gangster because, like, of course, Bay State gangsters are only ever from SOUTH BOSTON (someone tell the script writers Whitey Bulger was from Somerville). Michael’s crew are total Massholes to Tommy but that’s OK because he’s a jerk too and narcs on Michael after giving him a giant bag of drugs.

Michael is visited in prison by his wife Gina Gray, played by Anya Taylor-Joy, who has become a BIG STAR since appearing in Peaky Blinders Season 5 with a bad New York accent she’s since dropped. She makes her entrance to Joy Division’s “Disorder,” which is the coolest synch of the episode though somewhat incongruous. Gina asks Michael why he’s doing business with Tommy again and he says they have unfinished business (I think he means REVENGE).

While Michael rots in jail, Gina cuts loose to some jazz and pours her first legal drink since 1920. Tommy shows up to talk opium biz, but Gina  says, “No deal.” Tommy says if her uncle doesn’t buy, he’ll sell his opium to the “the East Boston Jews,” relatives of everybody’s favorite London gangster, Alfie Solomons, which is a good thing since it means Tom Hardy will be coming back.

While Tommy celebrates by shagging a Beantown prostitute, his good time comes to an end when Lizzie calls from overseas to say their daughter is sick with fever and speaking Gypsy and having visions of a man with green eyes, which is apparently a very, very bad. Tommy rushes back to England but not before visiting Michael in prison to exchange unpleasantries.

Though not quite the big bang of past premieres, Season 6’s first episode has lit several fuses that could blow the Peaky Blinders’ fortunes sky-high. The question is who else will get caught in the blast.

Benjamin H. Smith is a New York based writer, producer and musician. Follow him on Twitter:@BHSmithNYC.