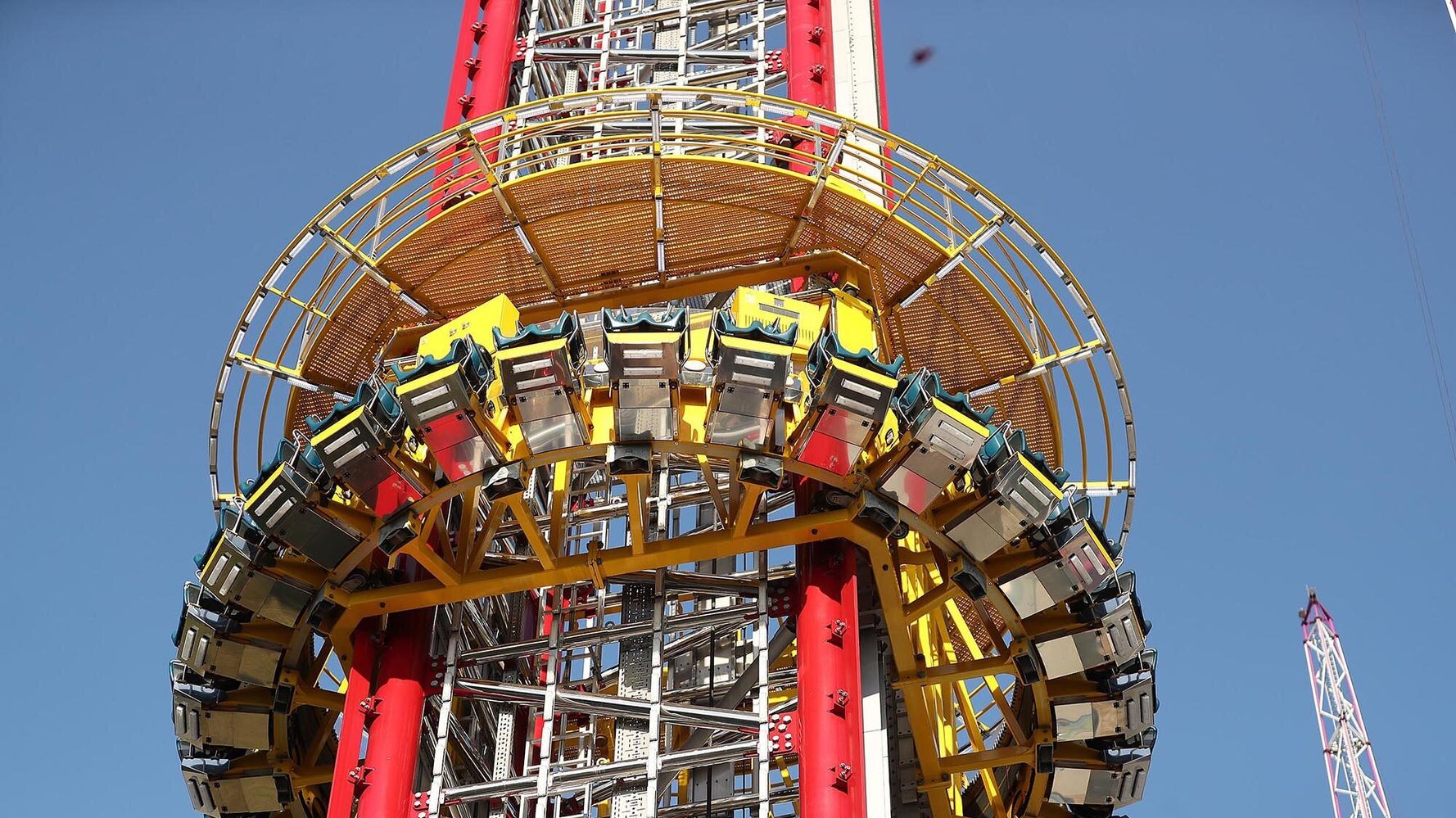 The parents of a teenager who fell from an Orlando drop-tower ride and died in March filed a wrongful death lawsuit Monday against a Florida amusement park.

Yarnell Sampson and Nekia Dodd named Orlando Eagle Drop Slingshot LLC, which owns the ride, Icon Park and other parent companies in the lawsuit, which claims that 14-year-old Tyre Sampson was killed because of the amusement park’s negligence.

Attorney Ben Crump, who’s representing Tyre’s father, said in a statement obtained by NBC News that “the defendants in Tyre’s case showed negligence in a multitude of ways.”

“One of the most glaring examples was failing to provide a $22 seatbelt on a ride that cost several million dollars to construct,” the statement said.

Sampson slipped from the harness on the free-fall ride, which is taller than the Statue of Liberty, and fell nearly a hundred feet on March 24.

After Sampson’s death, the ride was shut down and declared “an immediate serious danger to public health, safety, and welfare.”

“Seat 1′s harness proximity sensor was manually loosened, adjusted and tightened to allow a restraint opening of near 7 inches,” which is about 4 inches more than the normal opening range, according to a forensic engineering report prepared by Quest Engineering & Failure Analysis.

“These misadjustments allowed the safety lights to illuminate, improperly satisfying the ride’s electronic safety mechanisms that allowed the ride to operate, even though Mr. Sampson was not properly secured in the seat,” Fried said.