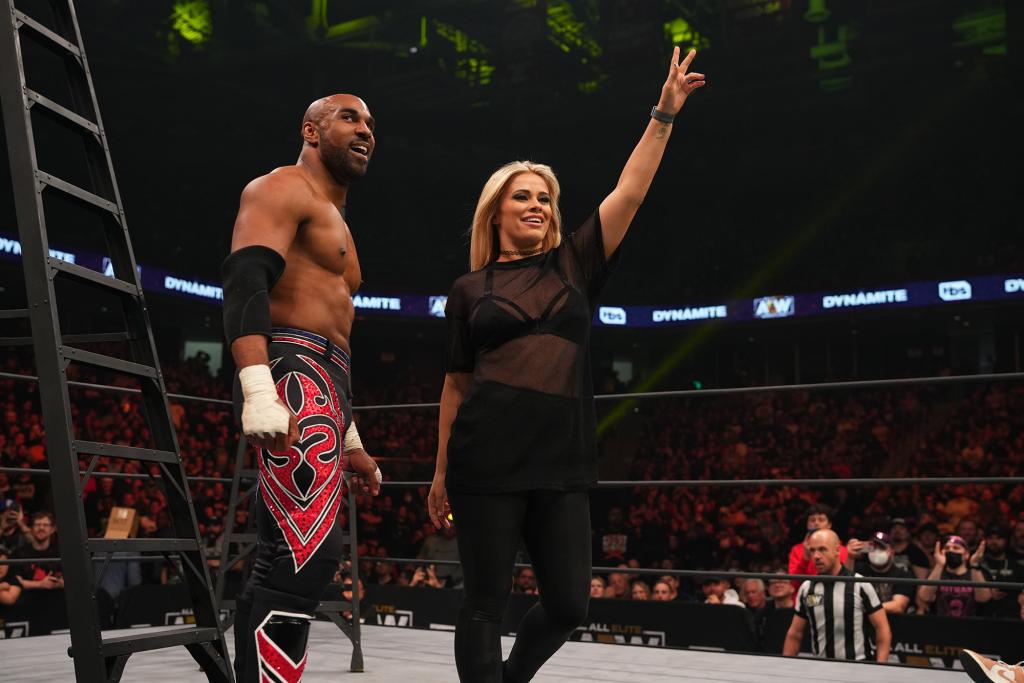 The former UFC fighter will team up with TNT champion Scorpio Sky and Ethan Page to take on Sammy Guevara, Frankie Kazarian and Tay Conti in a mixed trios match at AEW Double or Nothing. The fight will take place at T-Mobile Arena in Las Vegas on Sunday (8 p.m., Bleacher Report PPV). If VanZant’s team wins, Guevara and Kazarian can no longer challenge Sky for the TNT title again. The match was announced during a segment on “AEW Rampage” on Friday night.

VanZant, who signed with the company in March, has appeared on AEW television sporadically since last September as Dan Lambert, the founder of the American Top Team gym, became Sky and Page’s on-screen manager. She has been in a number of on-screen attacks of Conti since then, including during a ladder match between Sky and Guevara on April 27.

VanZant, 28, has been training at Coastal Championship Wrestling in Florida with David Heath, the former WWE star Gangrel. She recently posted a video of her training earlier this month doing a mix of slams and suplexes.

She is also currently signed with Bare Knuckle Fighting, but that portion of her career appears on hold as she explores her potential in pro wrestling. Like Ronda Rousey’s debut at WrestleMania 34 in 2018, putting VanZandt in a multi-person match will give her the best opportunity to shine without having to carry too much of the match.

VanZant and her 3.2 million Instagram followers, along with her tendency to post provocative photos, gives AEW a chance to tap into a new group of fans.

Only time will tell if adding VanZant — who went 8-5 in the UFC — to the card just days before the event leads to more pay-per-view buys.