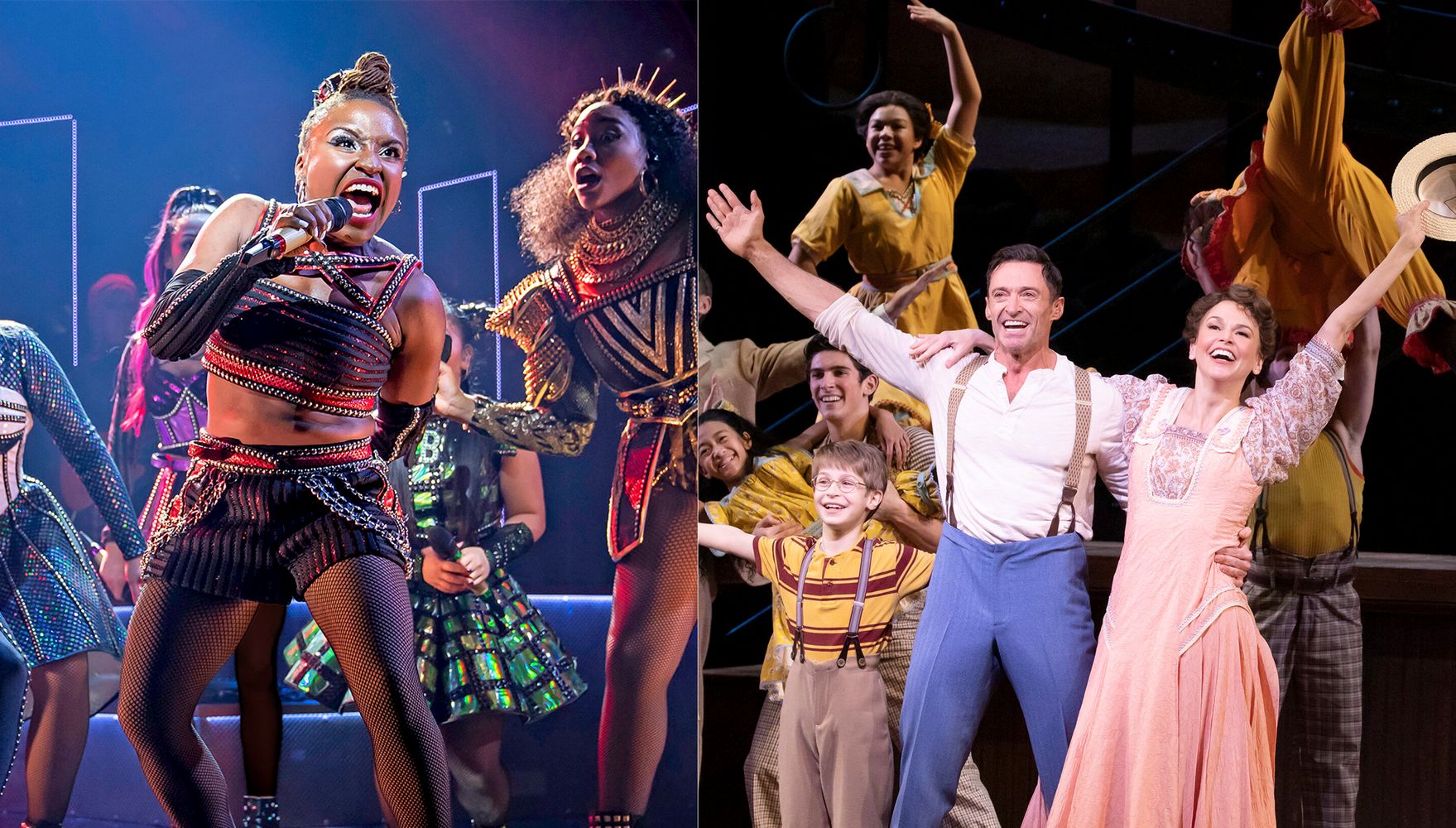 NEW YORK (AP) — After a frantic end to the Broadway season and some nervous moments as shows struggled to reach the eligibility deadline amid fresh COVID-19 outbreaks, nominations for the Tony Awards are finally at hand.

The season — with a whopping 34 new productions — represents a full return to theaters after nearly two years of a pandemic-mandated shutdown. It is also notable for a wave of plays by Black playwrights, reflecting the impact on Broadway of the global conversation about race following the killing of George Floyd in 2020.

The potential shows eligible for nominations are an extremely varied lot, from a David Mamet revival to one by Paula Vogel. There are golden-age classics like “Funny Girl” and “The Music Man” and very current entries like “Thoughts of a Colored Man” and “Pass Over.” There’s Stephen Sondheim’s gender-switched “Company” and a show celebrating Michael Jackson.

One of the season’s most critically acclaimed new musicals is “A Strange Loop,” playwright Michael R. Jackson’s theater meta-journey — a tuneful show about a Black gay man writing a show about a Black gay man. It is a brave work that will put Tony nominators in a bind, cheering its freshness and frankness but perhaps worried for its commercial viability outside New York.

Leading potential challengers for the best new musical crown include “Six,” the corrective feminist take on the six wives of England’s Henry VIII, and “Girl From the North Country,” which uses the songs of Bob Dylan to weave a Depression-era story in the Midwest.

There’s also “Mrs. Doubtfire,” based on the Robin Williams film about an actor who poses as his children’s portly, Scottish nanny in order to spend time with them after a divorce, and “MJ,” a bio musical of the King of Pop, stuffed with his biggest hits, including “ABC,” “Black or White,” “Bad,” “Billie Jean,” “Off the Wall,” “Thriller” and “I’ll Be There.”

The top new play entries could include two about economics — “Skeleton Crew,” Dominique Morisseau’s play about blue-collar job insecurity in a Detroit auto stamping plant in 2008, and “The Lehman Trilogy,” Stefano Massini’s play spanning 150 years about what led to the collapse of financial giant Lehman Brothers.

There’s also “The Minutes,” Tracey Letts’ depiction of a small-town city council meeting that exposes backstabbing, greed and the larger delusions in American history, and “Thoughts of a Colored Man,” Keenan Scott II’s examination of being Black in America, told with a series of vignettes over the course of a single day.

There were four musical revivals during the season — “Funny Girl,” the classic American show starring Beanie Feldstein about the rise of a comic star of the Ziegfeld Follies, and “The Music Man” which celebrates America’s soul with a traveling con man in a small Iowa town starring Hugh Jackman and Sutton Foster, who each have two Tonys and are likely to be nominated this time.

The two other likely entries in the musical revival category are “Caroline, Or Change,” Tony Kushner and Jeanine Tesori’s show that explores America’s racial, social and economic divisions in 1963 Louisiana, and “Company,” Sondheim’s exploration of a single person’s conflicted feelings about commitment, this time with a gender-switching of the lead character.

Strong contenders in the play revival category are “Trouble in Mind,” Alice Childress’ play about a Broadway play that explores the racial divide in the 1950s, and “How I Learned to Drive,” Vogel’s Pulitzer Prize-winning memory play told by the survivor of childhood sexual abuse, starring two likely nominees: Mary-Louise Parker and David Morse.

Others are “Take Me Out,” Richard Greenberg’s exploration of what happens when a baseball superstar comes out as gay, and “for colored girls who have considered suicide/when the rainbow is enough,” playwright Ntozake Shange’s exploration of Black womanhood. There’s also a “Macbeth” with an experimental theatre sensibility starring Daniel Craig and Ruth Negga.

The best actor in a musical race likely will include a trio of veterans — Jackman in “The Music Man,” Rob McClure in “Mrs. Doubtfire” and Billy Crystal from “Mr. Saturday Night” — and two newcomers, Jaquel Spivey from “A Strange Loop” and Myles Frost playing the moonwalking titular lead in “MJ.”

Top nominees for best actress in a musical nominees likely are Sharon D. Clarke of “Caroline, Or Change,” Foster in “The Music Man,” Katrina Lenk in “Company” and Joaquina Kalukango for “Paradise Square.” Other possibilities include Brittney Mack (“Six”) and Mare Winningham (“Girl From the North Country”).

The voting could make history if L Morgan Lee from “A Strange Loop” grabs a featured actress in a musical nomination, which would make her the first openly transgender performer to be nominated for a Tony Award.

The eligibility cutoff date for the 2021-2022 season was delayed to May 4 after several Broadway shows had to cancel performances due to COVID-19 cases reported among cast and crew.

The Tony Awards will be held at Radio City Music Hall on June 12. The ceremony will air live on CBS and Paramount+ starting at 8 p.m. ET. Film and stage star Ariana DeBose will host.

Tony producers have made a point of telling attendees this year it has a “strict no violence policy,” a clear nod to the fallout when actor Will Smith slapped comedian Chris Rock onstage at the Oscars.

Mark Kennedy is at