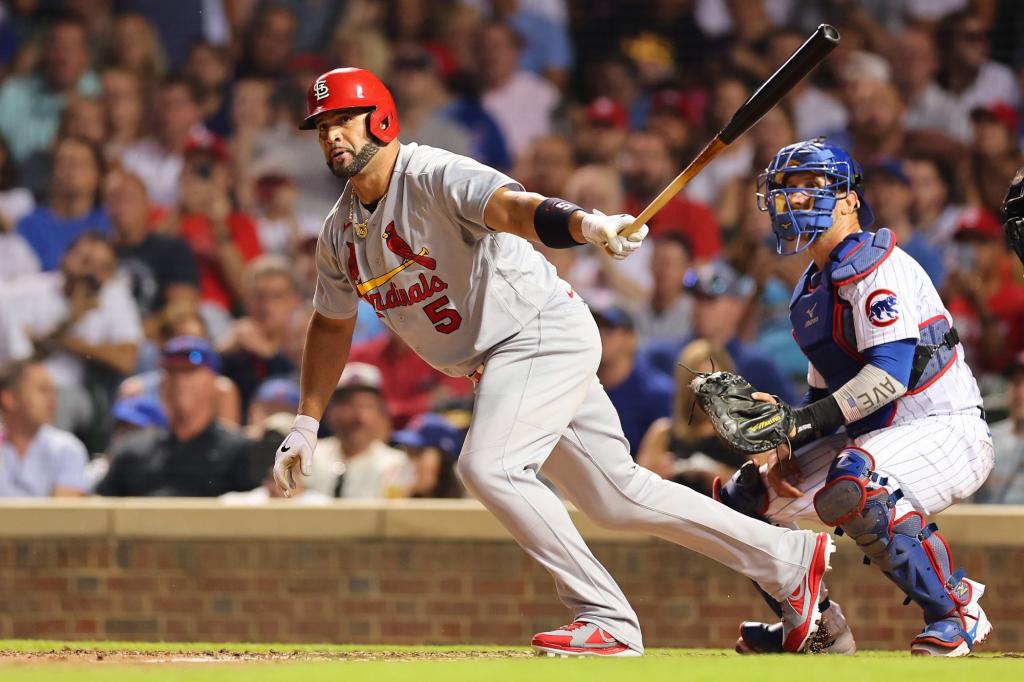 When the Cardinals signed Albert Pujols to a one-year deal in March, it was widely viewed as a public relations move and a “hometown” nod to a future Hall of Famer.

Pujols dazzled the Cardinals fan base and all of baseball in 2001 when he came out of nowhere to hit .329 with 37 home runs and 130 RBIs in one of the greatest rookie campaigns of all time. Fast-forward almost 20 years, and the veteran slugger has been a shell of his former self — combining for just 23 home runs, 75 RBI and a .231 average over the past two seasons.

He was supposed to take a quiet victory lap and walk off into the sunset, retiring from the same organization in which he grew up. But as his career and the 2022 season wind down, fantasy baseball managers might want to give Pujols one final look as they fight for a championship.

As the right-handed bat in the Cardinals’ DH platoon, Pujols had an unassuming first half, batting just .215 with six home runs and 20 RBIs over 149 at-bats. A slight power uptick was encouraging, but with an OPS of just .676 and the Cardinals fighting for a divisional title, it looked as if the “experiment” was going to come to end. The Cardinals leaned more toward the younger players with better upside, and the starts for Pujols became more sporadic.

Following the All-Star break, though, something changed. Pujols wasn’t just making the most of his at-bats, he was rejuvenated. He batted .320 with three home runs for the month of July, then carried that momentum into August, in which he is batting .432 with seven homers. And with those seven home runs, Pujols has put himself into a spot in which the Cardinals are going to play him as much as possible down the stretch.

The publicity stunt that opened the season is now a public relations dream. Pujols is just four home runs shy of passing Alex Rodriguez for fourth on the all-time list and just seven shy of 700 for his career, which would make him just the fourth player in MLB history to reach that milestone.

St. Louis has a six-game lead over Milwaukee in the NL Central and will play 20 of its remaining 37 games at home, which means Pujols should be a fixture in the lineup until the season ends. Likely still on the waiver wire, fantasy managers can reap the benefits as a legend departs MLB exactly the same way he entered.

Howard Bender is the head of content at FantasyAlarm.com. Follow him on Twitter @rotobuzzguy and catch him on the award-winning “Fantasy Alarm Radio Show” on the SiriusXM fantasy sports channel weekdays from 6-8 p.m. Go to FantasyAlarm.com for all your fantasy baseball advice.