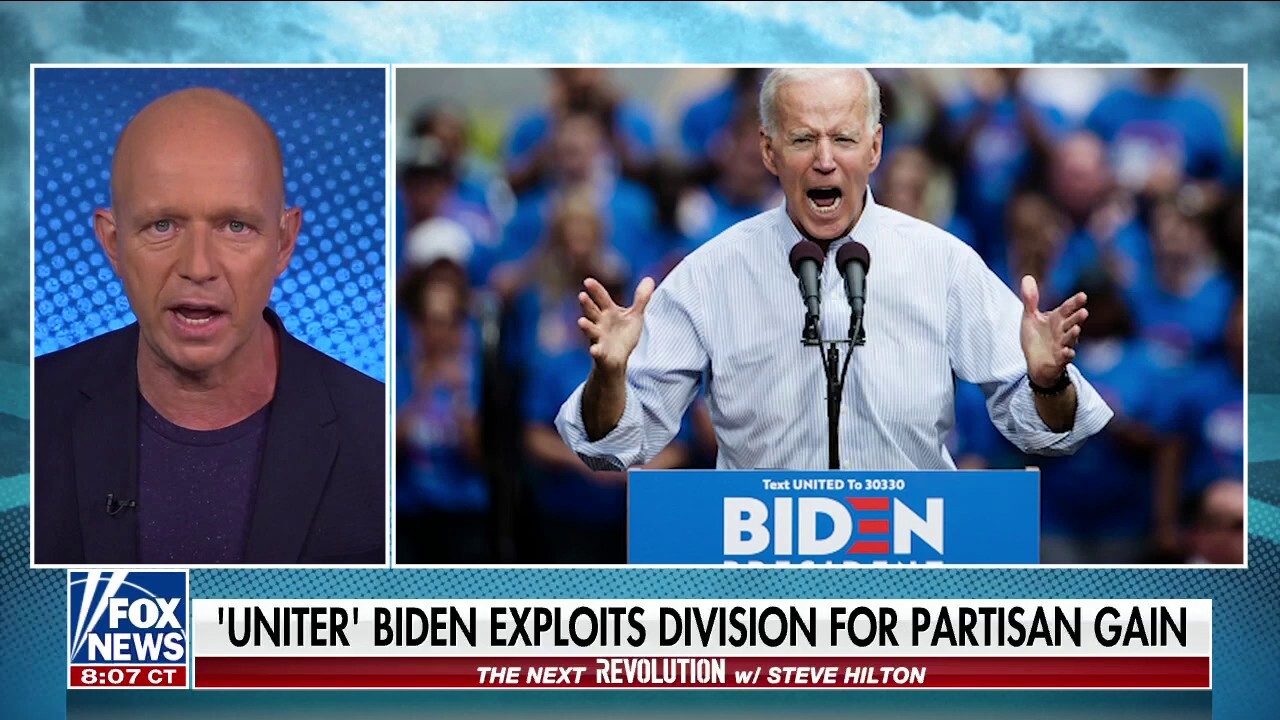 “The Next Revolution” host Steve Hilton scolded President Biden over the weekend for exploiting division despite promising unity, arguing in his monologue that the outrage among Democrats and the White House’s response to the leaked Supreme Court draft opinion exposes just how “unhinged” the president’s party has become.

STEVE HILTON: Look what they have become, these self-righteous, sanctimonious Democrats who never stop lecturing everyone about defending our democracy. They have become what they say they despise. Desperate, divisive demagogues. Failing on the economy, failing on crime, failing at the border. So now they’re flailing around for anything that could save their skins in November, no matter how much damage they do to the country in the process. It is the exact opposite of what they promised.

There is no issue too raw, too sensitive, too divisive, that Biden won’t try to exploit for partisan advantage. The left today, the establishment, the Democrats and the media, they are truly unhinged… Three days and 11 hours after far-left Democratic extremists published the home addresses of Supreme Court justices for the purpose of intimidation, Biden still has not condemned it. He wants it. Biden wants rule by the mob, not the rule of law.

This is not the behavior of a man who is fit to be the leader of the Free World. He promised to be a unifying healer and ended up an authoritarian demagogue. As we said at the time, he should have been impeached over Afghanistan. Now, as he brazenly incites mobs to disrupt the proceedings of the Supreme Court for partisan ends, yes, Biden should be impeached for that. And yes he deserves the shame that will forever attach to his name.