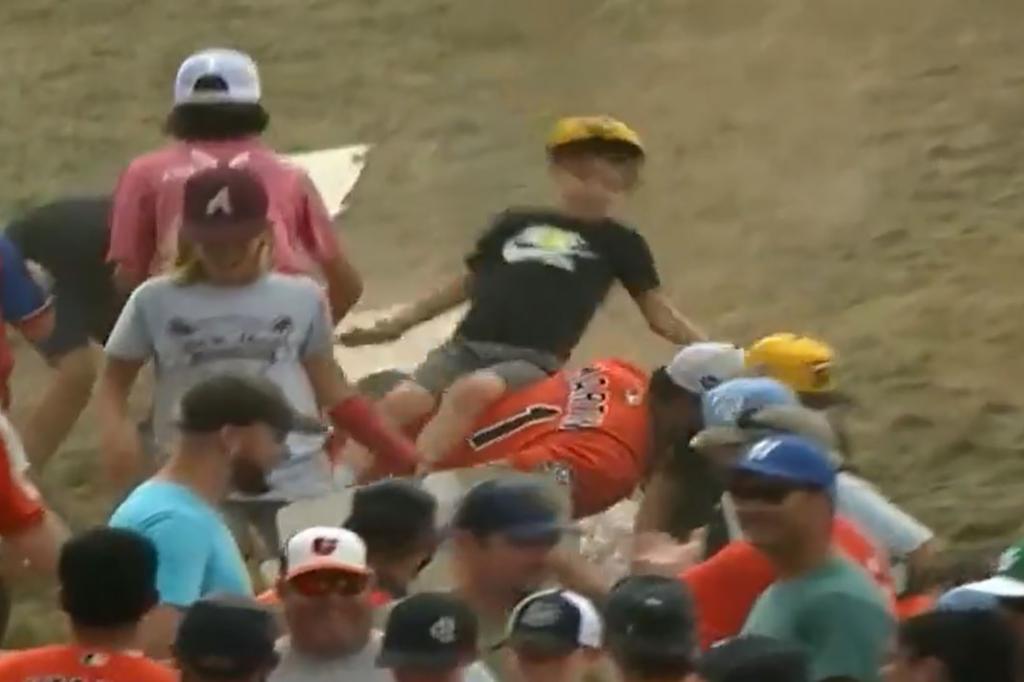 This probably wasn’t quite what everyone envisioned when they decided it was a good idea for the Red Sox and Orioles to play a game in Williamsport.

Orioles infielder Richie Martin was taking in the Little League World Series on Sunday afternoon and took a trip down a hill at the ballpark, using a piece of cardboard as a makeshift sled. That’s all fine and good. But Martin unfortunately lost control of the vehicle, taking out a young child in the process.

Of course, it’s all in good fun — and the kid gets a great story to tell in the process. As for Martin, we would advise simply bailing out earlier next time.

Sunday will be the fifth MLB game played in Williamsport as the event — which started in 2017 — resumed last year following a break for the pandemic. The Red Sox and Orioles were meant to play in 2020, with the matchup eventually being pushed to this year.

Both teams spent Sunday meeting the players in town for the Little League World Series. Here’s hoping that the faceplants were limited to just the one.