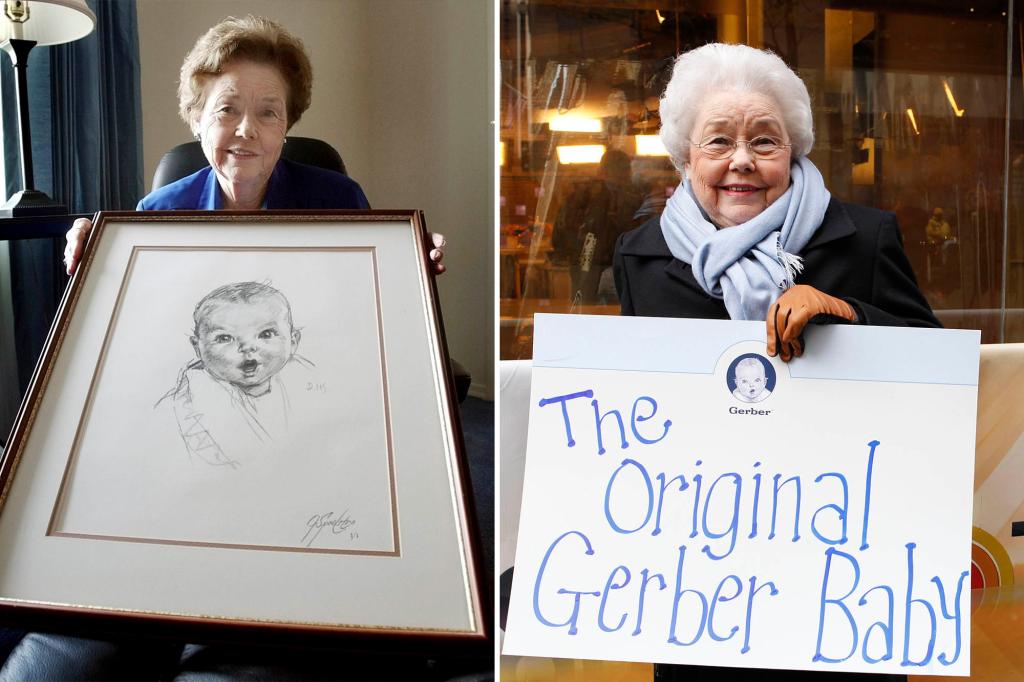 The woman whose enchanting baby picture became the memorable face of Gerber baby food more than nine decades ago has passed away.

“Gerber is deeply saddened by the passing of Ann Turner Cook, the original Gerber baby, whose face was sketched to become the iconic Gerber logo more than 90 years ago,” the company announced on their Instagram page Friday.

“Many years before becoming an extraordinary mother, teacher and writer, her smile and expressive curiosity captured hearts everywhere and will continue to live on as a symbol for all babies. We extend our deepest sympathies to Ann’s family and to anyone who had the pleasure of knowing her.”

Cook, who in later years became a teacher and novelist, was 95 years old. She became the face of Gerber after a neighbor submitted a sketching of her to the company in 1928 in response to an open call for faces to represent a new advertising campaign.

“I was probably about 3 years old when mother pointed at a baby food jar and said that was my picture,” Cook told CBS Sunday Morning during 2013 interview. “I thought it was quite a lovely thing.”

The company kept her identity secret for decades before revealing it in 1978.