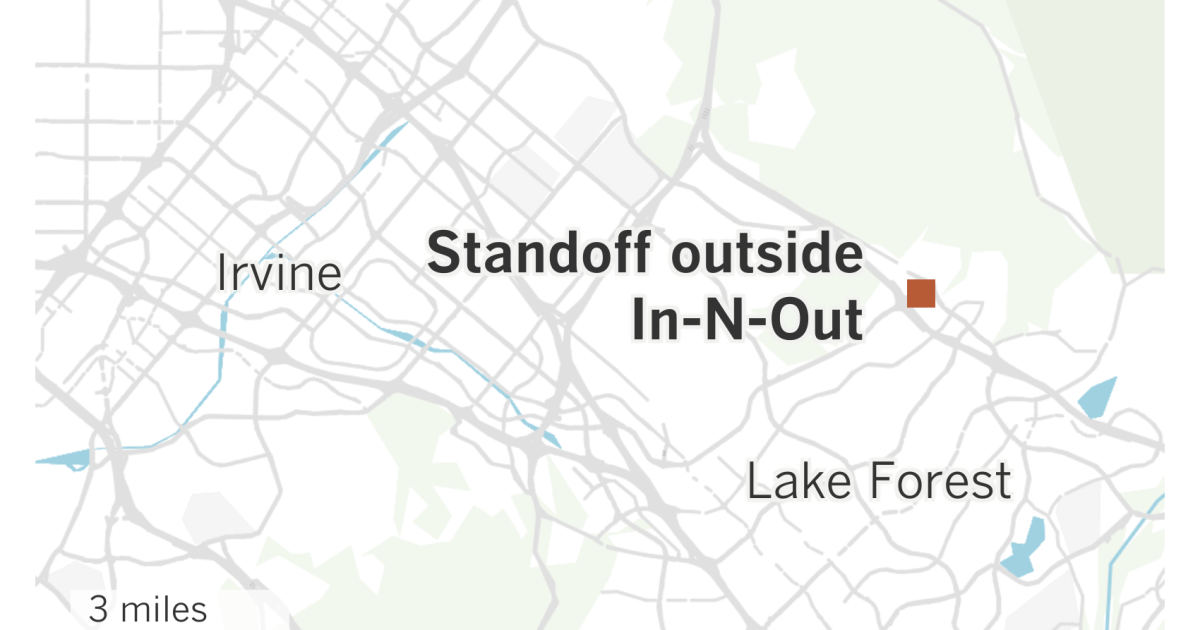 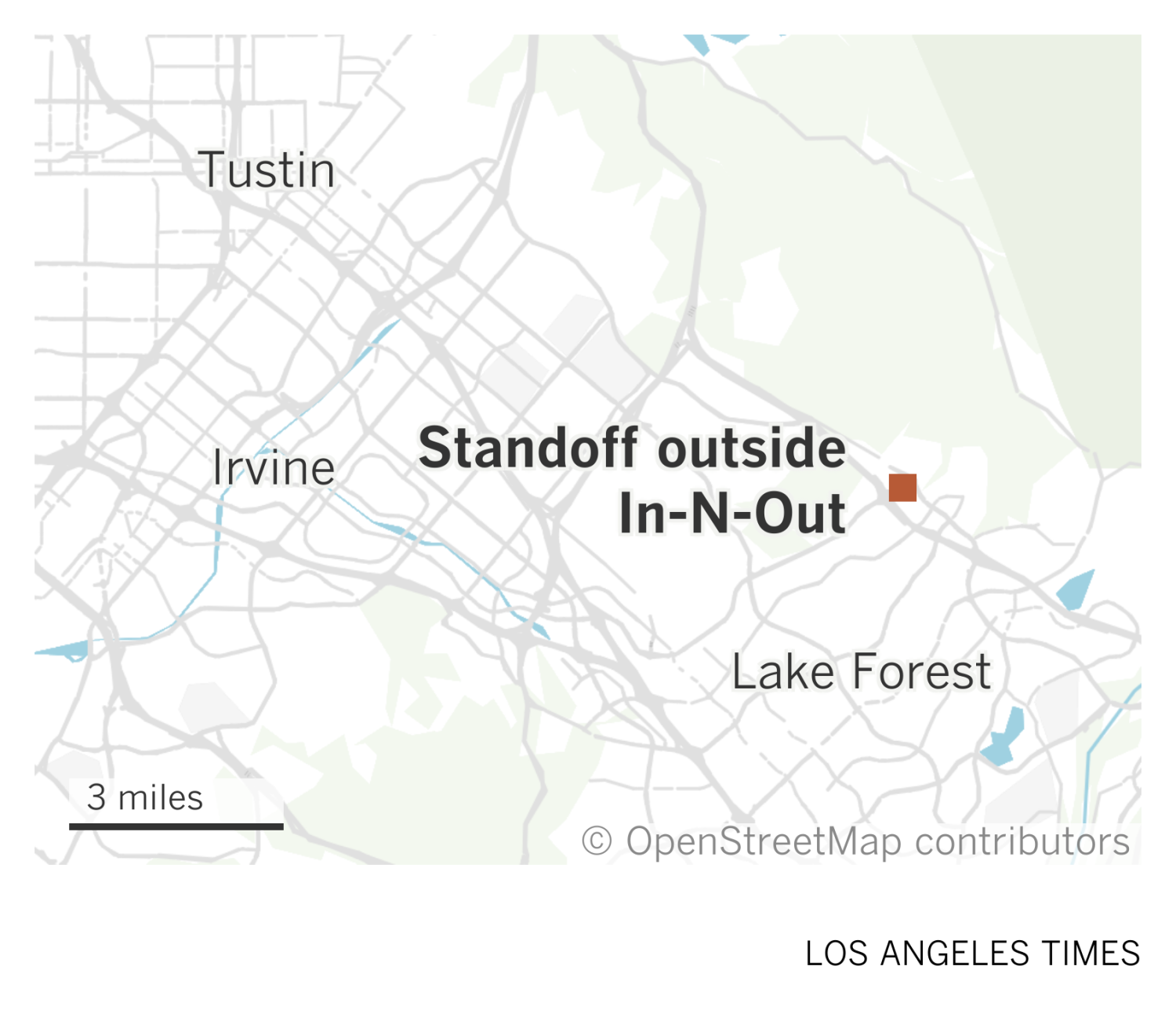 A standoff between Orange County sheriff’s deputies and a man in a vehicle at an In-N-Out Burger parking lot in Foothill Ranch continued late into Wednesday night.

Deputies were called around 8:20 p.m. to a home on Sweetbrier Lane in Mission Viejo for a man in violation of a domestic violence court order, according to the Orange County Sheriff’s Department. The man fled in a car after deputies arrived.

Deputies gave chase and the pursuit ended by the In-N-Out, deputies said.

The restaurant is at the intersection of Alton Parkway and Towne Centre Drive.

The man was alone in his vehicle and did not take any hostages, said Lt. David Holloway, an Orange County Sheriff’s Department watch commander.

“The restaurant and surrounding streets have been evacuated and closed,” the Sheriff’s Department said on Twitter. “Tactical teams, crisis negotiation and the Behavioral Health Bureau are on scene.”

Deputies continued to negotiate with the man past 11 p.m. Further information was not available.