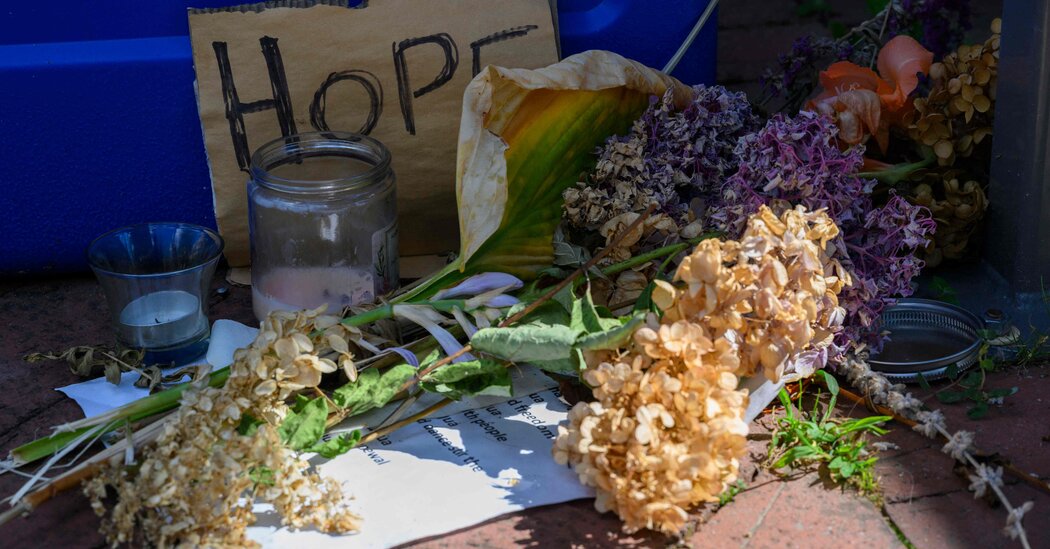 A lot has been written about the broader meaning of the attack this month on Salman Rushdie, for which a Muslim religious fanatic has been charged with attempted murder. Not enough has been said about the evil of the regime that presumably inspired the deed and so many others like it — or of what it says of the wisdom of trying to strike a nuclear deal with it.

The Islamic Republic of Iran did not take responsibility for the murder attempt on Rushdie. But Ayatollah Ruhollah Khomeini’s 1989 fatwa against him for “The Satanic Verses” remains in effect, and in 2007 Rushdie reported that every Feb. 14 he receives a “sort of Valentine’s card” from Iran recalling its promise to kill him. Following this month’s attack, Iranian state media called it “divine retribution.”

Nor is Tehran being discreet about similar attempts being made on American and European soil against some of its other enemies, literary or political.

On Aug. 10, the Justice Department unveiled criminal charges against Shahram Poursafi, a member of the Islamic Revolutionary Guards Corps, for trying to orchestrate an assassination attempt against former national security adviser John Bolton. Axios’s Mike Allen reported the same day that Iran had put out a $1 million bounty for the murder of former Secretary of State Mike Pompeo.

In July, the target was Masih Alinejad, the Iranian American journalist and human-rights activist, whose Brooklyn home was visited last month by a man later arrested with a loaded AK-47 in his car. The regime was also behind an elaborate earlier kidnapping attempt against Alinejad.

Last year, a Belgian court convicted Vienna-based Iranian diplomat Assadollah Assadi, along with three Iranian Belgian accomplices, in a plot to bomb a 2018 gathering of Iranian opposition figures in Paris. In July the Belgian Parliament ratified a prisoner-exchange treaty with Iran after Tehran arrested a Belgian national in Iran on espionage charges, though a Belgian judge has barred an exchange.

Also last year, the Iranian American writer Roya Hakakian disclosed that she had been warned by the F.B.I. that she, too, was a target for Iranian agents in the United States. Hakakian is the author of “Assassins of the Turquoise Palace,” the stunning account of Iran’s 1992 assassination of four Iranian opposition figures in Berlin’s Mykonos restaurant, and of the long struggle for justice that followed.

In November, Norwegian media disclosed that a former first secretary to the Iranian Embassy in Oslo was accused by authorities of being the mastermind of a 1993 assassination attempt against William Nygaard, Rushdie’s publisher there. In 2020 Iran executed journalist and dissident Ruhollah Zam after he had been lured to Iraq and then handed over to Iran. That same year, in Dubai, Iran kidnapped Jamshid Sharmahd, a German citizen and California resident. He is now at serious risk of execution. In 2018 Denmark foiled an effort by Iranian intelligence to assassinate a dissident there. In 2011, Iranian agents plotted to kill the Saudi ambassador to the United States by bombing the Cafe Milano in Washington.

“The assassination needed to go forward, even if doing so would cause mass casualties,” the plot leader instructed his accomplices, according to court filings.

The point of this abbreviated list is that the stabbing attack on Rushdie, even if it was only inspired by Tehran rather than directed by it, was not unique. On the contrary, it was all too typical.

The Islamic Republic has been carrying out a campaign of assassination, kidnapping and intimidation of its critics from its earliest days. Those who argue that these efforts are merely responses by Iran for wrongs done to it — the Trump administration’s 2020 assassination of Maj. Gen. Qassim Suleimani of the Revolutionary Guards, for instance — have cause and effect backward. Suleimani was targeted after a career spent killing others, including, according to the Pentagon, hundreds of Americans.

How does all this bear on the negotiations over Iran’s nuclear program? The conventional wisdom is that it doesn’t — that Iran’s record of fanaticism and murder has nothing to do with its willingness to limit its atomic ambitions in exchange for economic incentives.

But this evades two key points. First, what signal does it send to Tehran that we will do nothing to punish it, and will continue to negotiate with it, even as it seeks to murder Americans on our own soil, including former senior officials? The answer is: weakness. That’s a perception the Biden administration can ill afford, and an incentive to further Iranian provocations.

Second, what do Iran’s murderous tentacles reveal about the character of the regime? The answer is: It doesn’t stop at red lights. Advocates of a deal can tell themselves that it will have safeguards to verify compliance. But Iran has found ways to cheat, and the lifting of sanctions will provide it with a financial bonanza that it will immediately put to destructive use. Making a deal with Iran now is about as wise as striking a new arms-control agreement with Vladimir Putin.

Since the attempt on Rushdie’s life, writers, activists and celebrities have sought to raise the banner for free speech. That’s good as far as it goes. But it will never go far enough until the free world again finds the nerve to stand up to the odious regime that brought the outrage about.