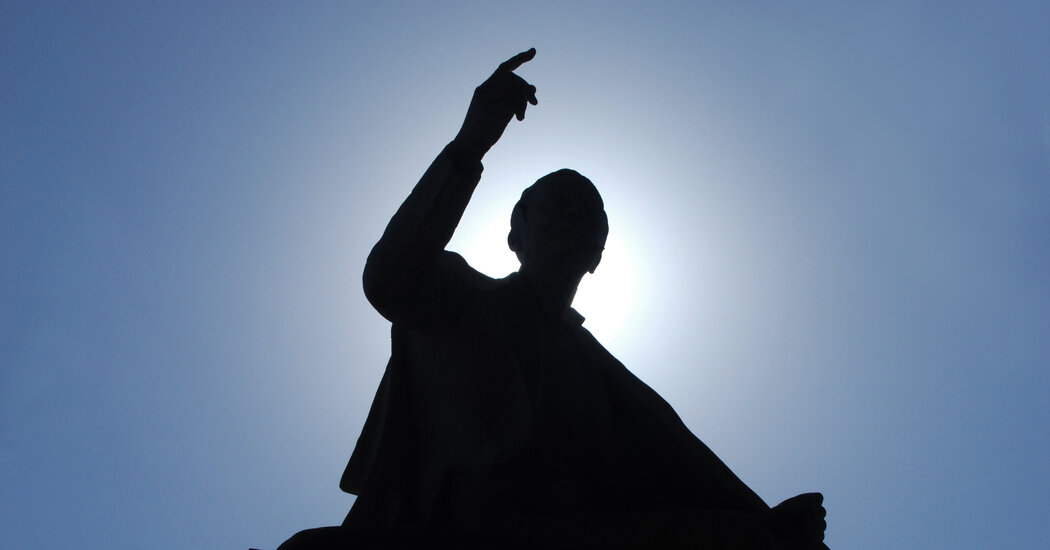 Three simple facts will form the backdrop of the November midterms, and taken together, they are difficult to fully reconcile: First, Democrats are serious underdogs and may be defeated in a wave as devastating as the ones that wiped them out in 1994 and 2010. Second, Donald Trump, the undisputed leader of the Republican Party, has endorsed a slate of G.O.P. primary candidates who are unfit to hold public office in a democracy. Third, Democrats want to help him get those dangerous loyalists nominated to the Republican ticket.

In Arizona, Democrats have intervened on behalf of Kari Lake, a candidate for governor who has fanned lies about the 2020 election and demanded the imprisonment of the Democratic front-runner. In Pennsylvania, Democrats ran ads boosting Doug Mastriano, a Christian theocrat who participated in the Jan. 6 insurrection before running for governor.

To say that the Democratic strategy of putting a thumb on the scale for these charlatans and conspiracy theorists, in this political climate, has alarmed prominent liberals would be an understatement. The MSNBC host Chris Hayes called it “insane.” Barack Obama’s former chief strategist David Axelrod, who once helped orchestrate similar manipulation, recently wrote that in the Trump era, “I fear the tactic.”

But there’s a vast middle ground between giddily encouraging Republicans to nominate weak but unfit candidates and upholding a code of silence about the battles unfolding within the G.O.P. I don’t believe Democrats can remain fully neutral during Republican primaries; they will invariably have to respond to the serial outrages pouring out of MAGA candidates. But they should hone a strategy that does more than simply elevate certain Republicans over the rest of the party simply because Democratic strategists believe voters will find them uniquely dangerous or threatening. That strategy obscures and diminishes the truth staring all of us in the face: that the Republican Party as a whole has radicalized against democracy and can’t be trusted with power.

It’s beyond dispute that playing games in the other party’s primaries can sometimes turn losing races into winnable ones. Democrats maintained a brittle grip on the Senate in the first half of the past decade largely by egging along the G.O.P. in its penchant for nominating extremists. In the canonical case, Senator Claire McCaskill, Democrat of Missouri, ran ads in 2012 that amplified the many wacky things a far-right underdog in the G.O.P. primary named Todd Akin had said, and declared him “too conservative” for office. The reverse psychology worked. Republican base voters loved what they heard. They nominated him, he went on to assert that women’s bodies naturally terminate pregnancies that stem from rape, and Ms. McCaskill won 55 percent to 39 percent, in a state Mr. Obama lost by 10 points.

Opinion Debate
Will the Democrats face a midterm wipeout?

From 2010 until 2014, it was all upside and, frankly, pretty fun, but then the extremist in question was Donald Trump. Hillary Clinton’s campaign drew up textbook plans for “elevating” what it called “Pied Piper candidates” like him. And he became president of the United States — a disaster from which the republic may never recover.

Mr. Trump isn’t on the ballot this cycle, but many of the candidates he chose to run in these midterms are just as dangerous as he is. If, in some appalling hiccup, the current Democratic plan fails and Ms. Lake and Mr. Mastriano are elected, Democrats might be able to say they spent hundreds of thousands of dollars to empower two Republicans who went on to overturn the will of the people in the 2024 presidential election.

Given the threat Mr. Trump’s loyalists pose to American popular sovereignty, perhaps Democrats should refuse to intervene on their behalf during Republican primaries.

But there are obvious problems with that approach. It would be absurd to ask any political party to resign itself to the toughest possible competition, and even if Democrats could agree to sit the Republican primaries out, remaining studiously neutral or at least refusing to spend money on affecting their outcomes, Republicans would certainly never return the favor.

The better course would be to find a balance between these two approaches: adopting a coherent overall strategy by attesting honestly to the state of the Republican field as a whole, rather than singling out a few bad apples and spending millions of dollars to boost them.

At some level, Democratic leaders already understand that Mr. Trump’s imprint on the G.O.P. poses a mortal danger to the country. Nancy Pelosi, the House speaker, told her caucus last week, “The Republicans are not capable of governing a democracy.” That’s a powerful and honest assertion that can, with relentless messaging, remind the 81 million voters who cast their ballots for Joe Biden why they turned out in record-shattering numbers. Given that the Democrats already have a strong message heading into the midterms, there’s no need for the party to pull tricks in Republican primaries, and there’s certainly no need to pivot away from lurid themes like the attempted coup of last winter to milquetoast, counterproductive appeals about kitchen table issues. (Have you noticed how unhappy most Americans seem to be about the state of the national kitchen table?)

All the Democrats have to do is tell the truth. Republican candidates run the gamut from people who participated in the violent insurrection of Jan. 6, 2021, to ones who supported it from afar to underdogs who will stand idly by and let Mr. Trump take another run at ending the American experiment in self-government. The real problem with Ms. Lake isn’t that she doesn’t have a plan to lower insurance premiums; it’s what she represents: a willful assault on our democracy.

Whether they play a hand in selecting their opponents or not, Democrats are blessed, at a time of great national disquiet, to be running against a party that has reorganized itself around lying, cheating and corruption. In their obeisance to Mr. Trump, Republicans have given Democrats the priceless gift of fighting from the high grounds of truth, ethics and fair play.

Start from there, and the rest will take care of itself.