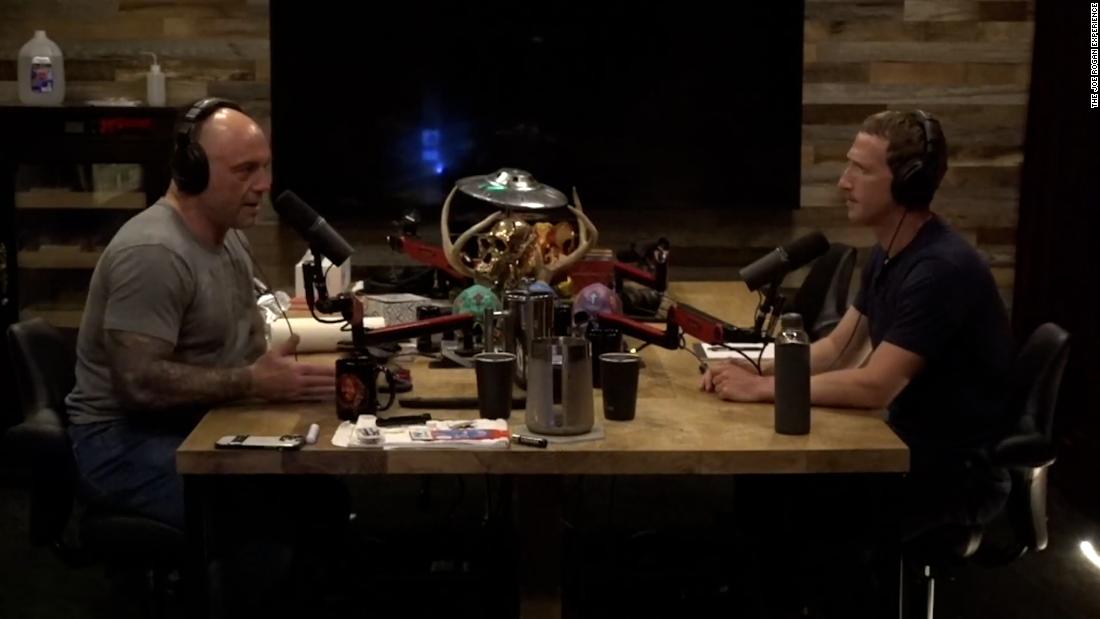 That’s what happened to me when comedian and podcast host Joe Rogan had a three-hour interview with Meta Platforms CEO Mark Zuckerberg on the latest episode of his podcast, “The Joe Rogan Experience.”
No, Rogan and Zuckerberg didn’t mention me or my fiancée by name. But they did complain that their wives interrupt them when they are working from home.
Rogan broached the issue by mentioning “a big pushback now about people going to the office, rather than working from home.” A lot of companies have been tightening their policies about working from home, including Apple, which made headlines recently when its employees signed a petition opposing a new plan requiring them to return to the office three days a week.
In response, Zuckerberg noted how “our company’s actually pretty forward-leaning on remote work,” explaining that there are some types of work that “you can do pretty well from a lot of different places.” Zuckerberg expressed a similar sentiment in June 2021 when his company announced that employees could continue working from home if their jobs could be done remotely, even after the pandemic ended: “We’ve learned over the past year that good work can get done anywhere,” he wrote then.
I couldn’t agree more about the upside of working from home. A Pew Research Center poll released in February found that, like me, 64% of workers feel that working at home makes it easier to balance their professional and personal lives. And I’m fully in the camp of the 44%, who responded that working from home makes them more efficient and allows them to meet deadlines more easily.
Zuckerberg noted that the downside of working at home becomes apparent when his wife of 10 years, Priscilla Chan, interrupts him. “I’ll be like in the zone … working on something and you know, my wife will like ask me some basic question and I’ll just be like, ‘Oh man, It’s like, I just like lost my flow,'” the social media executive said.

Zuckerberg continued, “From her perspective, it’s like, ‘Oh, not a big deal, it was quick question, just go back to what you’re doing.’ It’s like, nah, that’s not how it works.”

At that point, Rogan chimed in about his experience working at home with his wife of 13 years, Jessica Ditzel: “I physically run away from my wife when I have a joke idea.” The comic added, “If she’s talking and I have an idea, I will just run away. I just go, ‘I got an idea.’ I just have to, like, she gets it, so it’s OK. But yeah, if I’m in the middle of writing, and she comes in and interrupts, it’s over. Just gets shattered.”

Now comes the part where I am the problem.

I’ve been living with my longtime fiancée, Hend, for years. During the Covid-19 crisis, we became even closer as we worked — and continue to work — primarily from home. I joke that during the pandemic I realized that she was not just my best friend, but my only friend.

However, after listening to Rogan and Zuckerberg, I realized I’m the one who interrupts my fiancée, as opposed to their perception about their wives. In contrast with Rogan, who says he runs away from his wife when he has an idea, I run to my fiancée. As Hend put it recently, living with me is like having “my own personal radio show.” (Thankfully, she said that playfully.)

Even though I host my SiriusXM show from the company’s studios two to three days a week, I’m home daily doing prep for the show. I’m always trying to come up with show ideas and working on articles to write, and she is my go-to. While I’m no longer a full-time standup comic, I still perform frequently, meaning when I come up with a new joke, she’s the first to hear it.

I realize now after listening to Rogan and Zuckerberg that I interrupt my fiancée numerous times a day — always thinking it’s a simple question, oblivious to how it might interrupt her being in the “zone.”

Now, my fiancée being the compassionate, caring person she is, has not complained to me. Nor has she appeared on the nation’s top-rated podcast — like Rogan and Zuckerberg did to vent about their spouses. (I wonder how their wives responded when they heard the comments?)

But as Zuckerberg correctly noted, working from home is about finding the right “mix.” That is something I may need to work on more to be fair to my fiancée — as do others who think it’s only a slight interruption when they ask a “quick question” to a loved one working from home.

Oddly enough, Rogan and Zuckerberg may be helping me become a better partner and co-worker. Now, the only question is whether I should I interrupt my fiancée to tell her what I’ve learned.